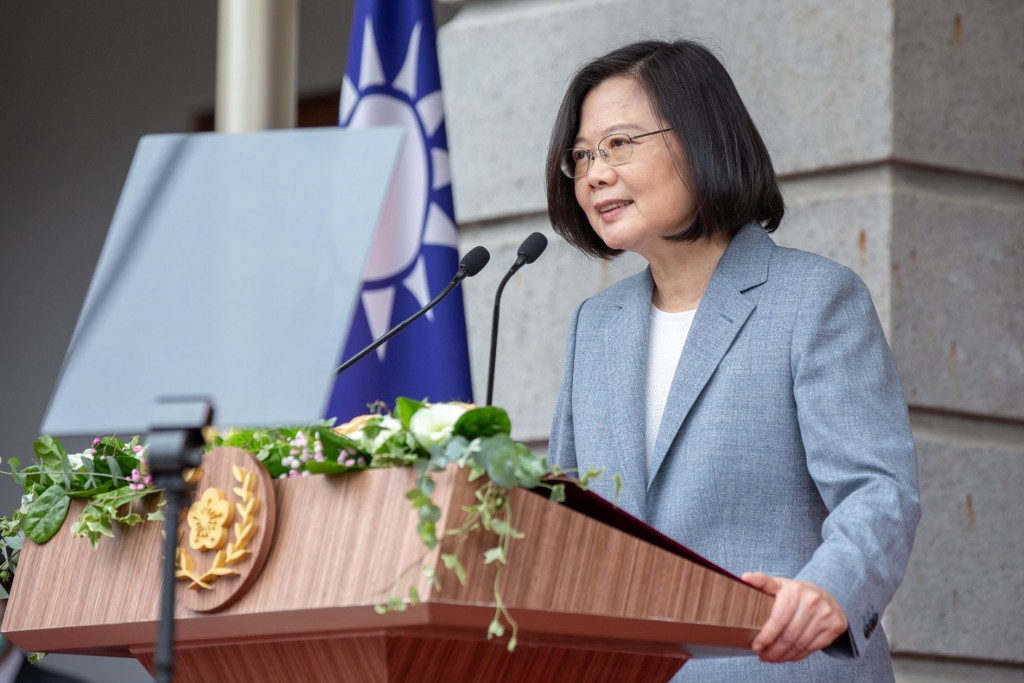 TAIPEI (Taiwan News) — In addition to taking action against the coronavirus (COVID-19) and girding for its repercussions for the global economy, President Tsai Ing-wen has pledged to build “a better country” over the next four years with an emphasis on economic development and political reforms.

The president was sworn in on Wednesday morning (May 20), setting out on her second term amid a global pandemic and more complex political climate. She gave her inaugural address before some 200 foreign envoys and guests, government officials, and businesspeople, while leaders and politicians from allied and partnered countries offered their congratulations via pre-recorded video clips.

Acknowledging that Taiwan’s relationship with China has “reached a historic turning point,” Tsai reiterated the four words — peace, parity, democracy, and dialogue — that she first laid out in her victory speech after January’s election as her principles for dealing with cross-strait issues. She also once again rejected the “one country, two systems” formula Chinese leader Xi Jinping (習近平) said was in store for Taiwan in a speech early last year.

“We will not accept the Beijing authorities’ use of ‘one country, two systems’ to downgrade Taiwan and undermine the cross-strait status quo,” stated Tsai. “Both sides have a duty to find a way to coexist over the long term and prevent the intensification of antagonism and differences,” she added, going on to say that her government remains willing to engage in dialogue with the Chinese regime.

How Beijing perceives Tsai’s remarks may become apparent in the following days. Starting Thursday (May 21), the Chinese Communist Party will convene for key annual leadership conferences — the National People's Congress (NPC) and the National Committee of the Chinese People’s Political Consultative Conference (CPPCC) — that were postponed in March due to the outbreak.

In addition to the strained cross-strait relations, complicated also by the tension between the U.S. and China, Tsai is also facing the challenge of reviving the nation’s economy, which has slowed due to strict disease prevention measures at home and months-long lockdowns around the world.

The coronavirus “has changed the global political and economic order, accelerated and expanded the reorganization of global supply chains, restructured the global economy, and changed the way we live and shop,” stated Tsai. “It has even changed the way the international community views Taiwan and developments in the surrounding region.”

“Over the next four years, only those who can halt the pandemic within their borders, lay out a strategy for their country’s survival and development, and take advantage of opportunities in the complex world of tomorrow will be able to set themselves apart on the international stage,” added Tsai. She pledged that government resources would be allocated to develop information, medical, and defense technologies as well as initiatives to draw more overseas investment to the island nation in a post-coronavirus era marked by trade disputes between the U.S. and China.

“We need to offer these guarantees so that high-tech and strategic industries will be willing to choose Taiwan as their production and R&D base,” said Tsai. Meanwhile, the government will continue “working to sign trade or investment protection agreements with the United States, Japan, and European nations,” she added.

As the coronavirus sweeps the globe, the International Monetary Fund (IMF) in April lowered its projection for Taiwan’s economic growth in 2020 from 2 percent to negative 4 percent, though Taiwanese officials have disagreed with this number, arguing that in light of its successful response to the coronavirus, the country’s economic outlook remains positive.

So far, Tsai enjoys a record high approval ratings owing to the government’s coronavirus response, which resulted in only 440 cases and 7 deaths over the past four months despite the island nation’s proximity to China, where the virus originated. In her inaugural remarks, Tsai commended the society-wide efforts to stem the spread of the virus, which she claimed has fostered a “sense of pride in [the] country.”

“This community’s shared destiny and the memories of these past months will live on in all of our hearts,” said Tsai. “This is what solidarity feels like.”