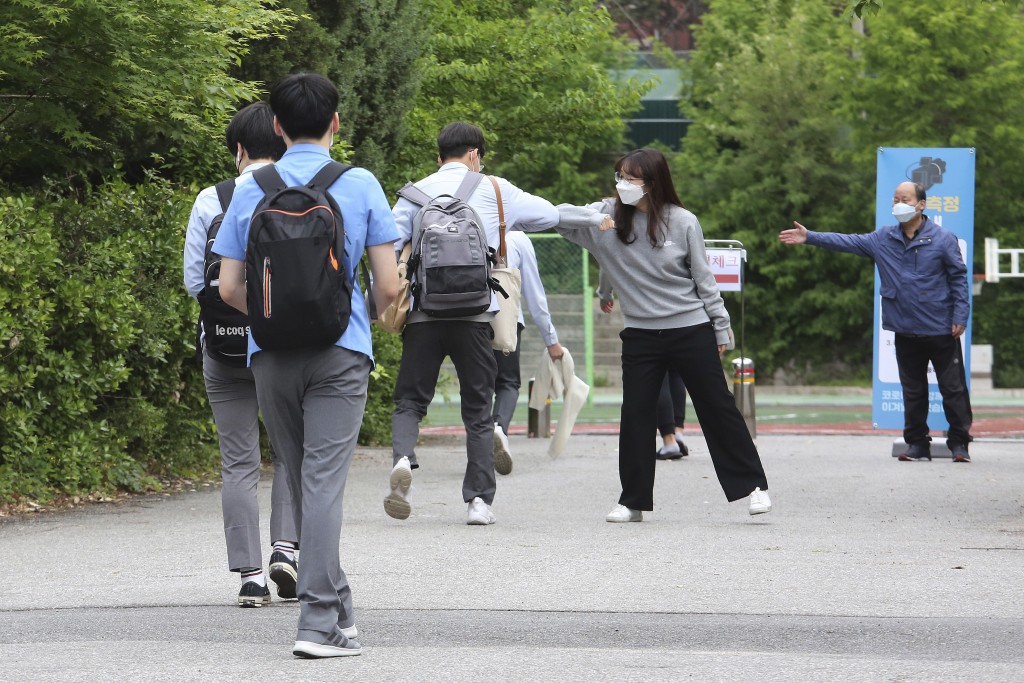 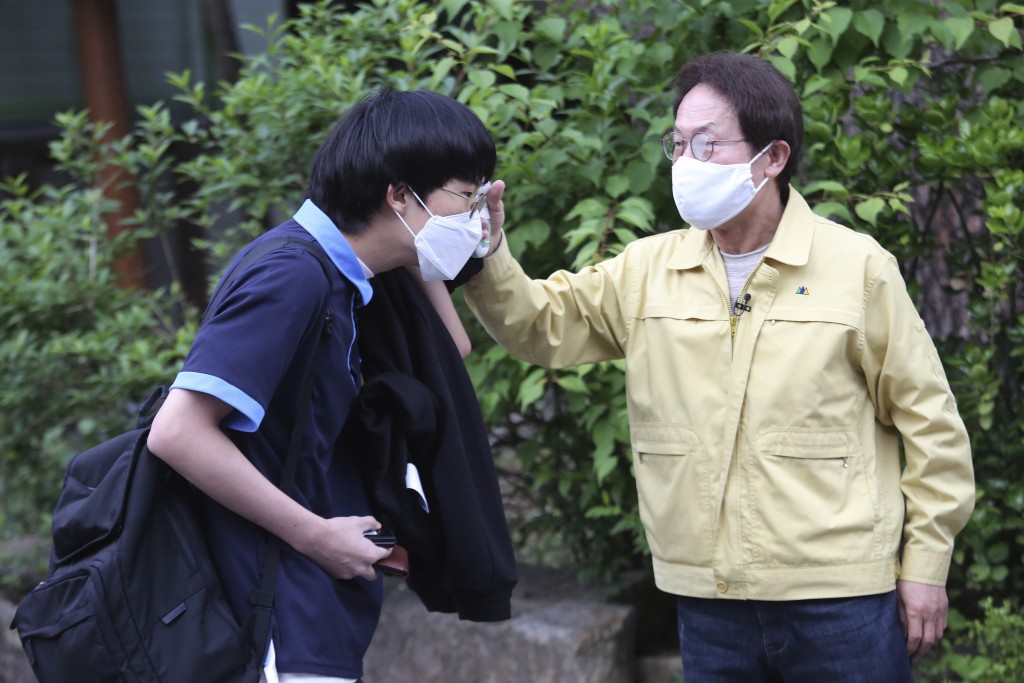 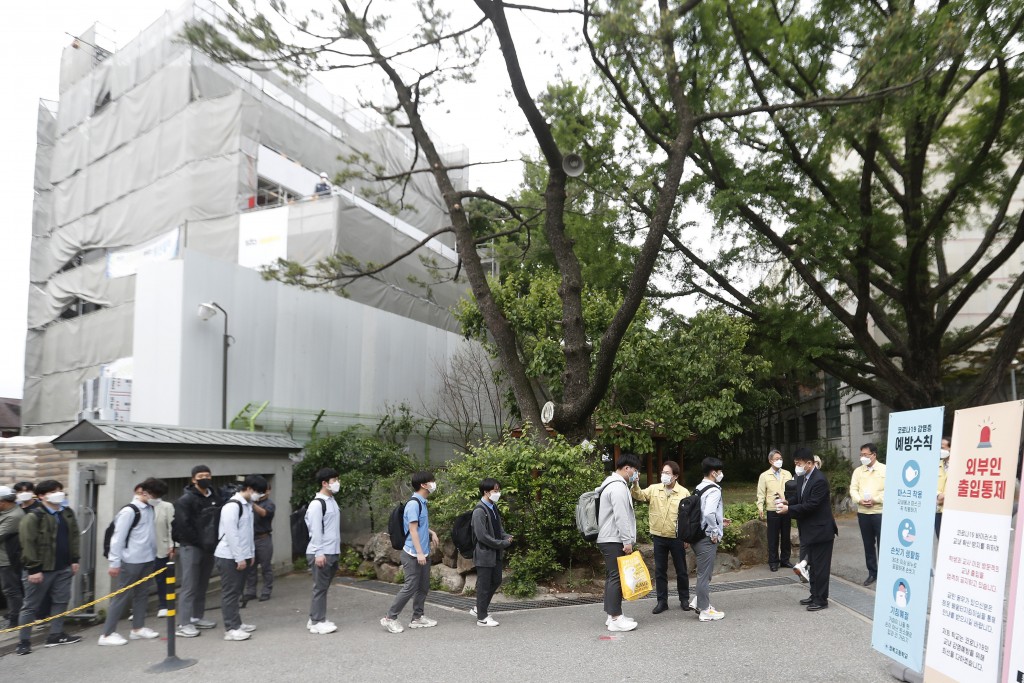 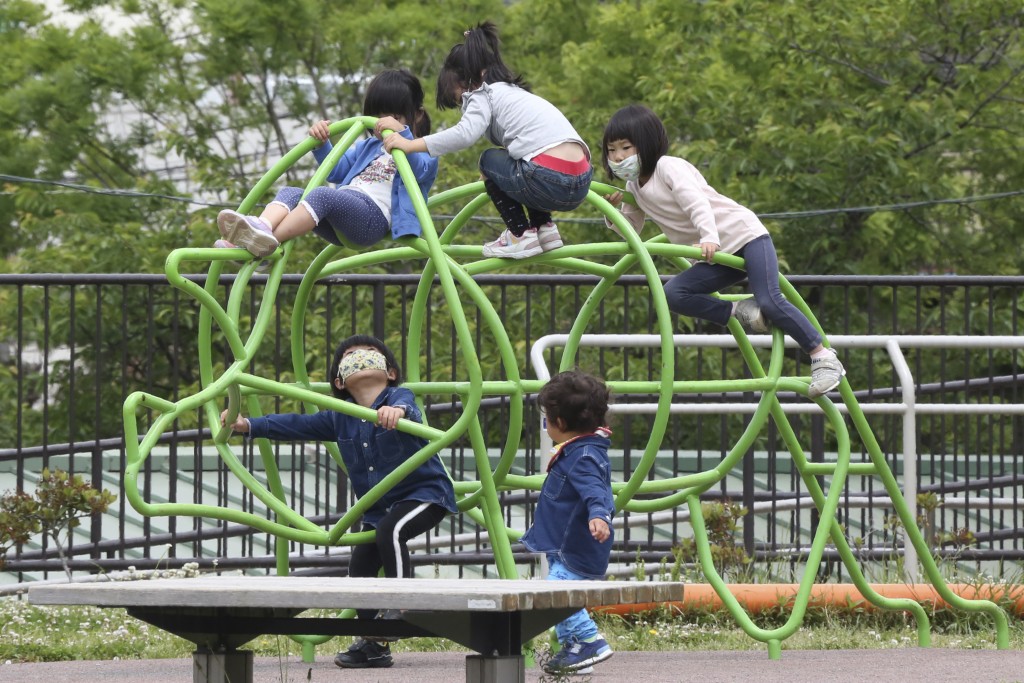 It was the first time in nine days the daily increase in cases is above 30. South Korea relaxed much of its social distancing rules in early May, but then saw a spike in new infections linked to nightclubs in Seoul.

Hundreds of thousands of high school seniors were allowed to return to classes under new rules: temperature checks before entering school and masks at all times. Some schools installed plastic partitions at each desk.

The Education Ministry said lower-level students are set to go back in phases in coming weeks.

The new school year was supposed to start in early March, but it had been delayed several times. About 5.4 million students have been subsequently taking classes online.

— FIVE CASES IN CHINA: China is continuing to combat a virus cluster in its northeastern province of Jilin, with four out of five new cases reported Wednesday in the region north of Beijing. Authorities believe the outbreak may have begun among a group of family members and friends who gathered for dining and drinking without maintaining social distancing. Just 87 people remained in treatment, while 375 others are under isolation and monitoring. China has recorded a total of 4,634 deaths from the virus among 82,965 cases.

— SINGAPORE'S PHASED REOPENING: Singapore, which has one of the highest infection rates in Asia, plans to exit a partial lockdown June 1 over three phases. Officials say businesses that do not pose a high risk of transmission can reopen June 2 but some retail shops, personal services and dining at restaurants will remain shut. Schools will reopen in phases and families can visit each other, but limited to one visit a day and not more than two guests in a household. The city-state has reported 28,794 cases with 22 deaths. Most are linked to foreign workers, who remain locked down in their crowded dormitories. The government said it expects infections to rise with the increased activity next month. If the transmission remains low and stable, and the infections among foreign workers under control, more activities will gradually resume including gyms, tuition centers and retail outlets. All restrictions will eventually be eased but with strict guidelines.

— MORE TRAINS FOR INDIAN MIGRANTS: In a major relief to tens of thousands of migrant workers eager to return to their home villages, Indian Railways announced plans to double the number of special trains and add 200 new trains from June 1. The railway said it has transported more than 2.1 million laborers in over 1,600 trains in the past 19 days. Passengers are required to wear masks and undergo health screenings before boarding. The return of a huge number of workers has raised fears that many of them could carry infections back home. The number of coronavirus cases in India has surged past 100,000 with nearly 4,000 deaths. Almost 39,000 people have recovered from the illness. India’s 2-month-old lockdown has been extended until the end of May.

— TAIWAN LEADER TAKES STOCK OF PANDEMIC: Taiwan’s president said the coronavirus pandemic has changed the global political and economic order, accelerated and expanded the reorganization of global supply chains, restructured the global economy, and changed the way we live and shop. In an address Wednesday on her inauguration to a second term, Tsai said such changes present both challenges and opportunities, particularly for Taiwan, which has received praise for its handling of the outbreak even while being excluded from the World Health Organization at the insistence of China. Beijing claims the self-governing democratic island as its own territory. With virus threats still looming, “only those who can end the pandemic within their borders, lay out a strategy for their country’s survival and development, and take advantage of opportunities in the complex world of tomorrow, will be able to set themselves apart on the international stage,” Tsai said. As an aging society, Taiwan needs to bolster disease prevention and treatment capabilities and link industries to make more breakthroughs in vaccine and new drug development, she said.