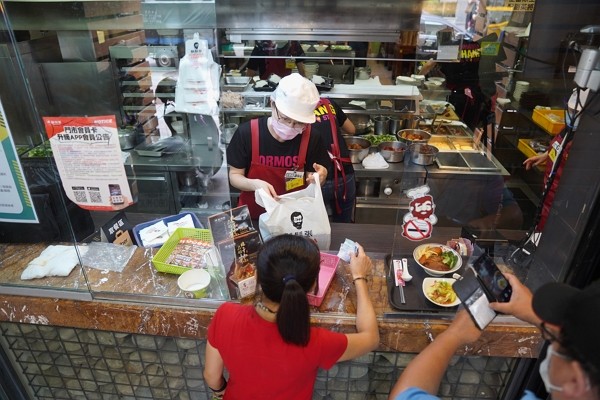 TAIPEI (Taiwan News) — As the coronavirus pandemic situation in Taiwan continues to improve, the Ministry of Economic Affairs (MOEA) on Wednesday (May 20) confirmed that the stimulus coupons designed to alleviate the country's financial burden will be issued in July.

In an effort to soften the economic blow caused by the pandemic, the MOEA has planned on providing loans, loan extensions, subsidies on interest, as well as NT$2 billion (US$66.1 million) worth of coupons to boost consumption. According to the initial design, which may still be modified, each Taiwanese would be able to use an NT$500 coupon after spending NT$1,000.

During a question-and-answer session at the Legislative Yuan Wednesday, MOEA Deputy Chief Wang Mei-hua (王美花) announced that the ministry is planning to introduce the stimulus coupons in July when the students start their summer vacation. She said details of the plan will be revealed in June once the Cabinet finishes its final evaluation.

Wang pointed out that the coupons will be issued in both physical and electronic form since the younger population is keen on using electronic payment. Minister of Economic Affairs Shen Jong-chin (沈榮津) also explained earlier this month that Taiwanese citizens will have the option of receiving their coupons as hard copies, electronic payments, or electronic stored-value cards, reported Liberty Times.

In response to the public's suggestions to replace the coupons with cash subsidies, Wang said that the purpose of the coupons is to encourage consumption and distributing cash may not guarantee each individual's spending. She also promised that the MOEA will carefully introduce the best version of the coupons to bring substantial improvement to the island nation's economy, reported CNA.