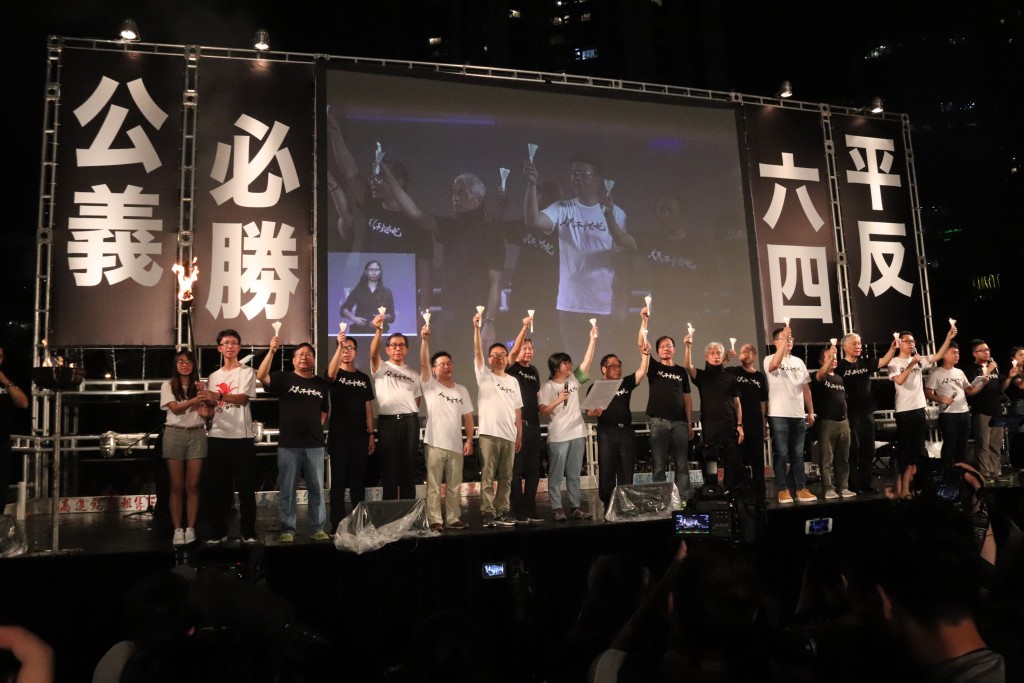 TAIPEI (Taiwan News) — For the first time in three decades, Hongkongers will not be able to participate in an annual vigil on June 4 in commemoration of the 1989 Tiananmen Square protest due to the coronavirus (COVID-19).

A social distancing rule that restricts gatherings to groups of eight has been extended to June 4, Hong Kong authorities announced on Tuesday (May 19). The measure in effect prohibits people from organizing any form of large rally to mark the occasion, including the annual Victoria Park candlelight vigil.

Sophia Chan (陳肇始), health minister for the semiautonomous Chinese city, denied allegations the decision to extend the ban was politically motivated, stressing that public health was the only concern, according to South China Morning Post. Hong Kong has ramped up testing for the novel virus since a new outbreak of cluster infections raised concerns about the risk of transmission by asymptomatic individuals, reported AP.

Critics believe the Hong Kong government, which has moved to limit freedoms in the wake of the pro-democracy protests last year, has become wary of political events like the Tiananmen vigil, reported UDN. Many believe the pandemic serves as an excuse for the authorities to crack down on public assemblies in the run-up to the Hong Kong Special Administrative Region Establishment Day on July 1, especially with pro-establishment legislators intent on forcing through the controversial National Anthem Bill by the end of this month.

The June 4 candlelight vigil at Victoria Park has taken place 30 consecutive years without fail, even during the 2002-2003 SARS epidemic. It is the only gathering on Chinese territory to commemorate the 1989 Tiananmen Square Incident, during which government troops killed hundreds to thousands of peaceful student protesters.

The Hong Kong Alliance in Support of Patriotic Democratic Movements of China, which organizes the vigil, has blasted the government, calling the extension a politically motivated decision, and vowed to keep the tradition alive in different forms, wrote CNA.

Meanwhile, the government of Macau, China's second special administrative region, has banned an annual photography exhibition marking the Tiananmen massacre, a move that reflects Beijing’s increasing control over the territory.