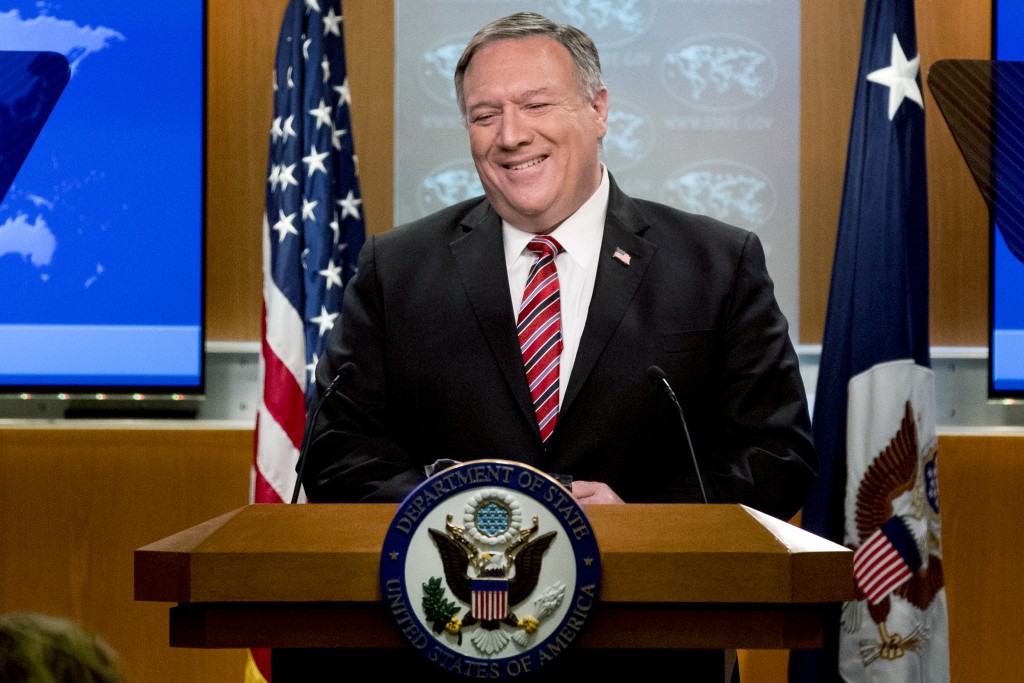 TAIPEI (Taiwan News) — For the first time ever, a U.S. secretary of state has sent his congratulations to "Taiwan's president" on her inauguration.

In a statement on Tuesday (May 19), the day before President Tsai Ing-wen's (蔡英文) inauguration ceremony, American Secretary of State Mike Pompeo congratulated her on her second term and commented on her landslide re-election in January, which he said was proof she had earned the firm support and trust of the Taiwanese people. Pompeo also said he believes U.S.-Taiwan partnerships will continue to flourish on the basis of a shared vision.

Pompeo continued to say that the U.S. has long considered Taiwan "a reliable partner" and that "Support for Taiwan is bipartisan and unanimous, as demonstrated by the recent enactment of the TAIPEI Act."

America's top diplomat also recognized Taiwan's aggressive efforts in the fight against the novel coronavirus (COVID-19) pandemic, saying they are showing the world "why Taiwan’s pandemic-response model is worthy of emulation."

Taiwan's foreign ministry said the milestone congratulations mark warmer bilateral relations and that it is looking forward to deepening its partnership with the U.S. in the future.

Congratulations to Pres. @iingwen & Vice Pres.-elect @ChingteLai of Taiwan on the eve of their swearing-in. I look forward to working together with Taiwan to forge an ever stronger partnership between our countries, and call for Taiwan’s fair inclusion on the world stage. #Taiwan