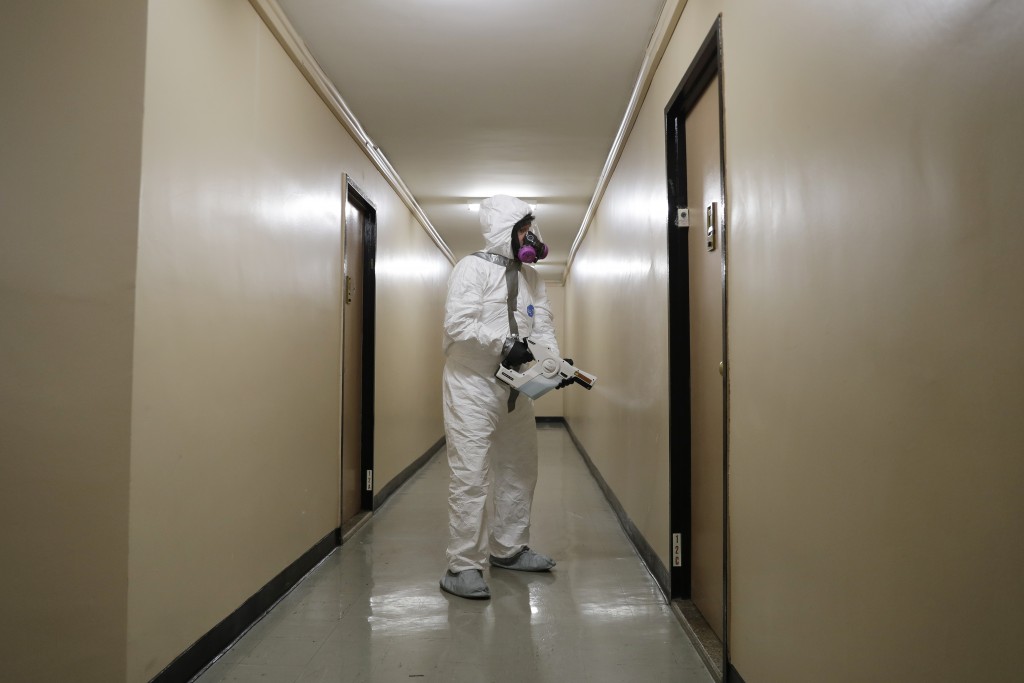 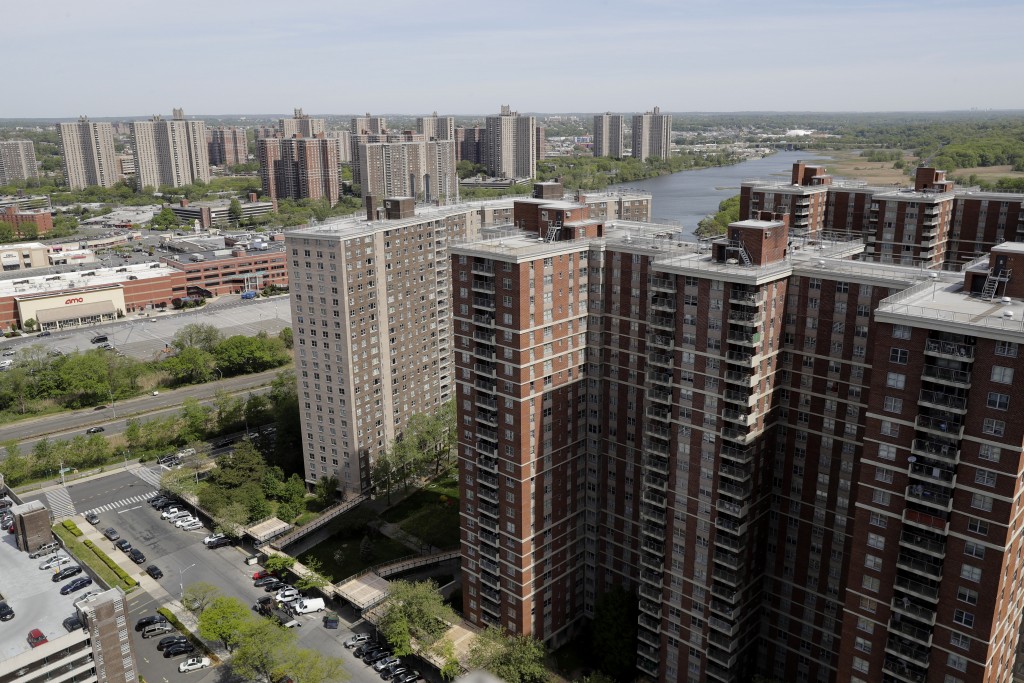 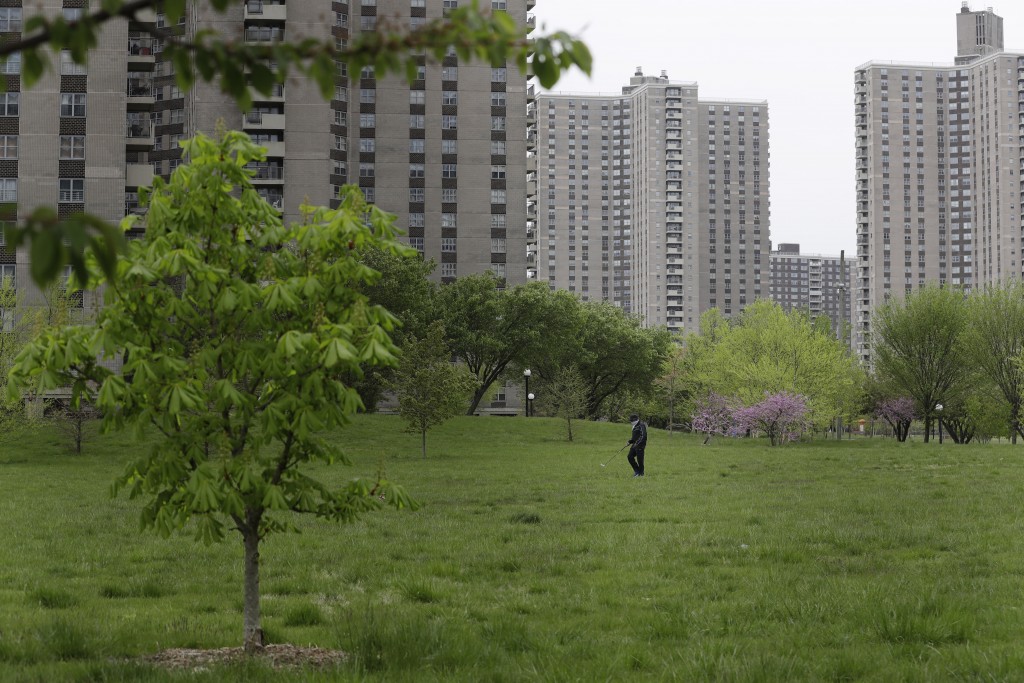 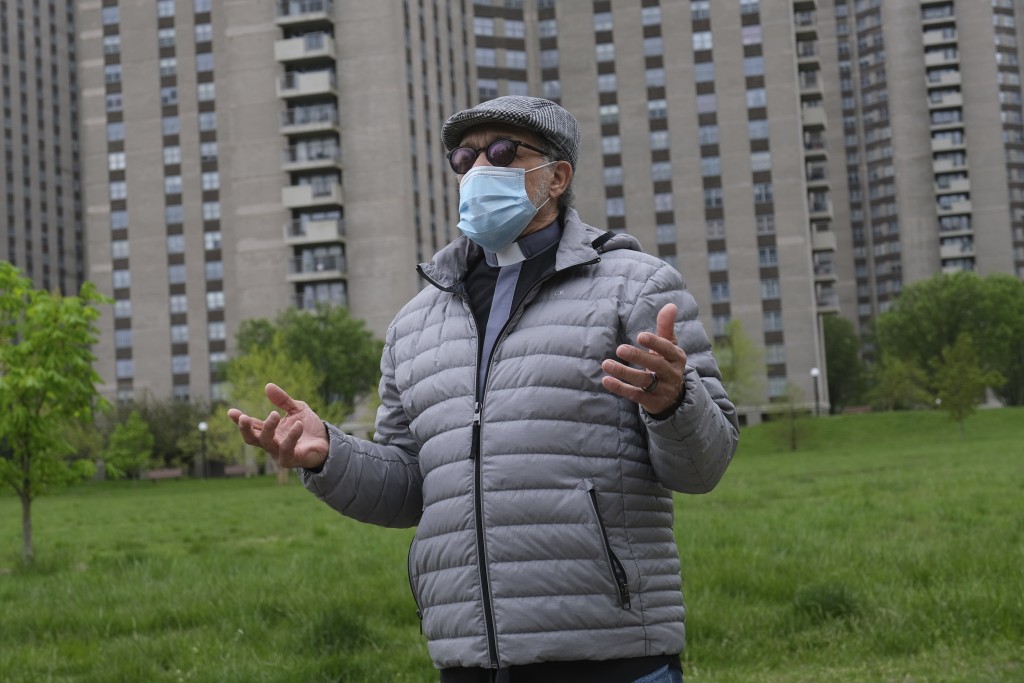 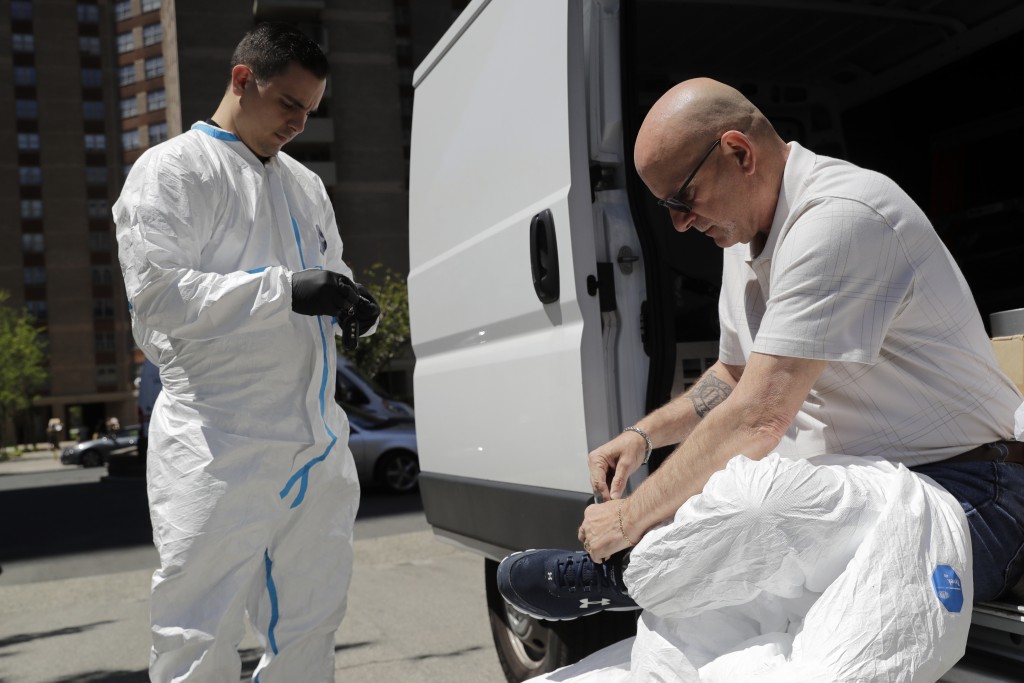 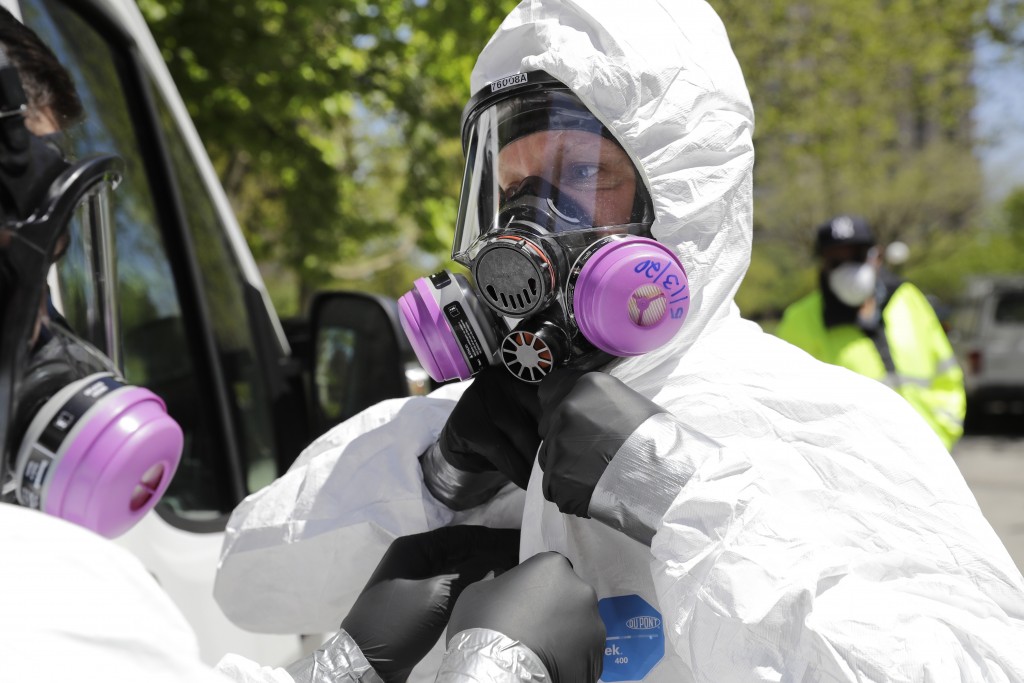 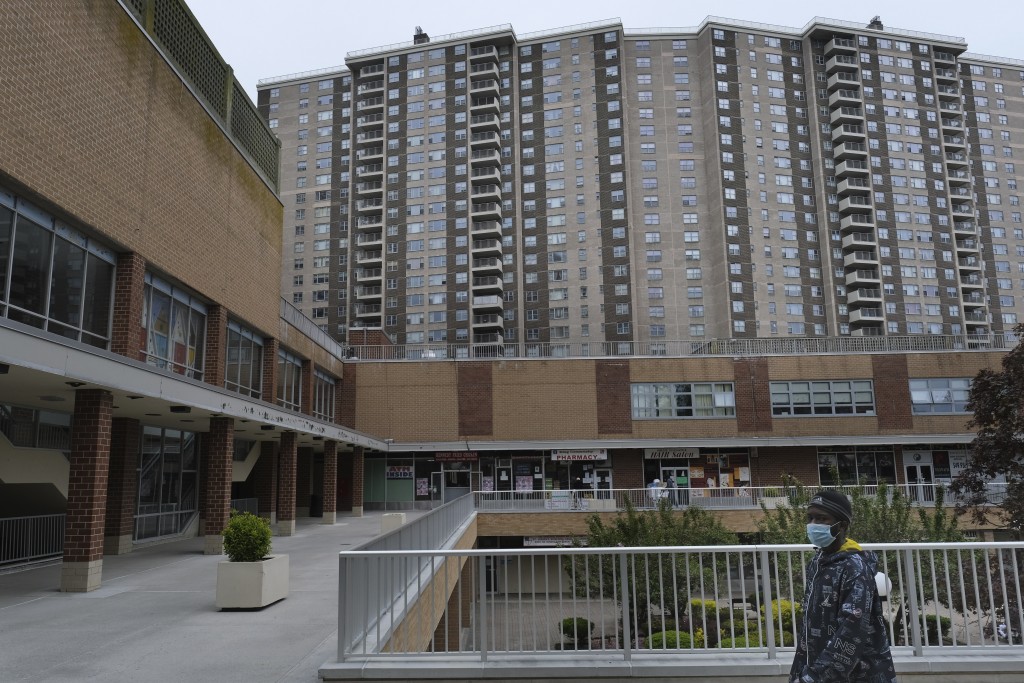 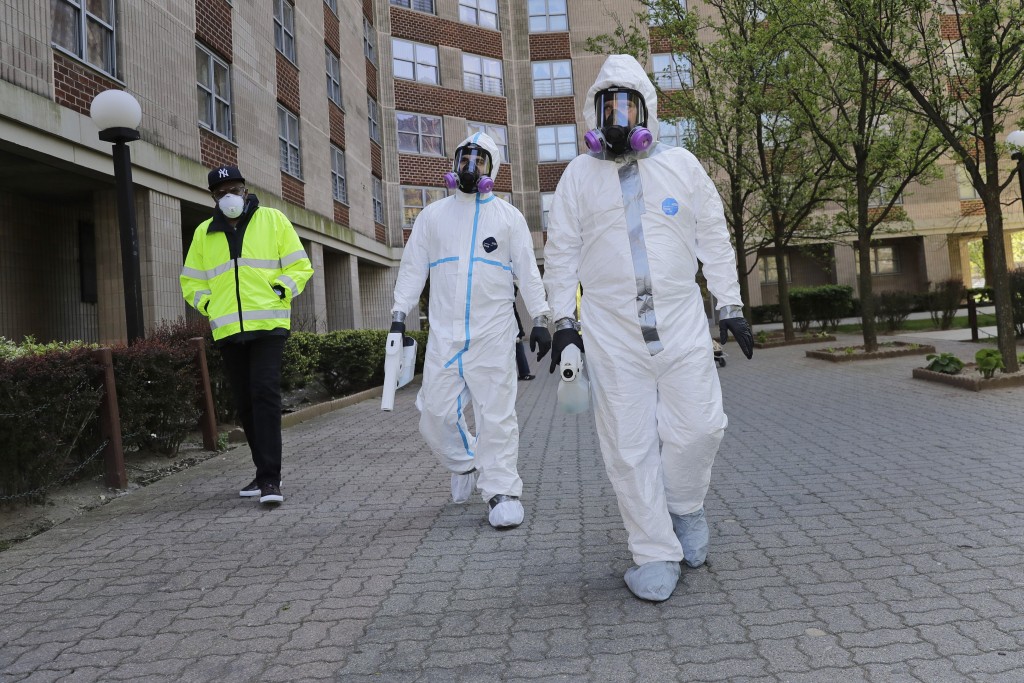 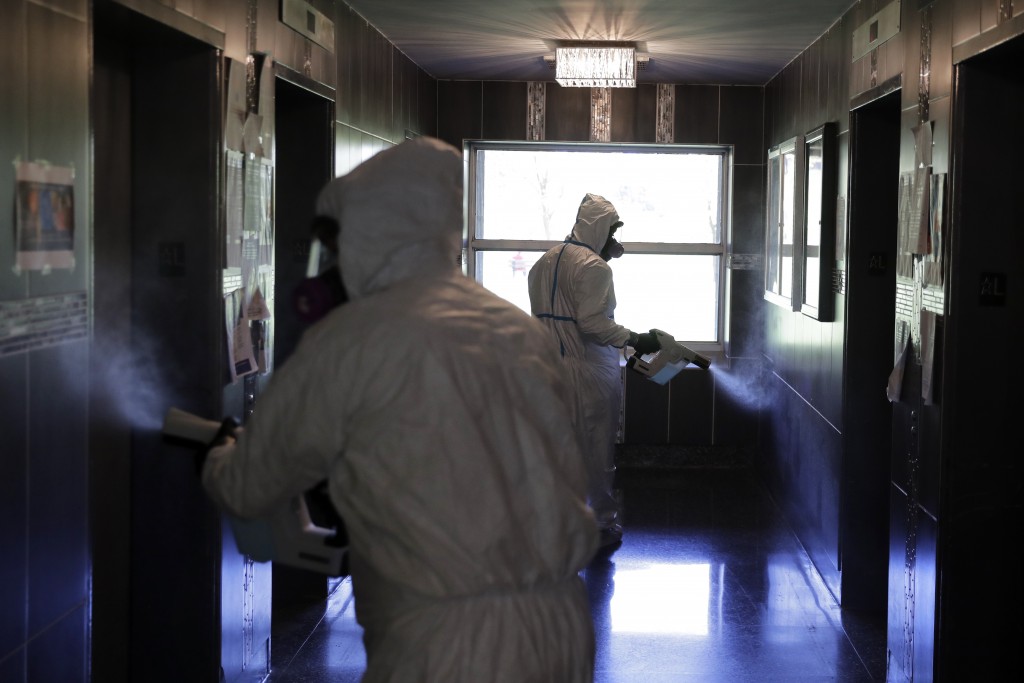 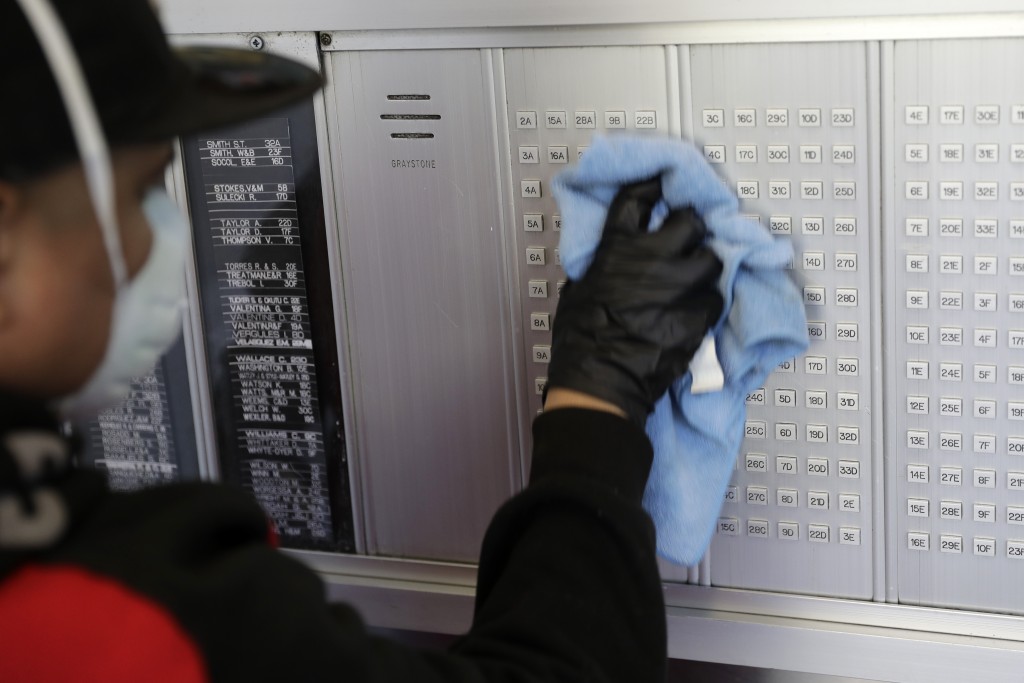 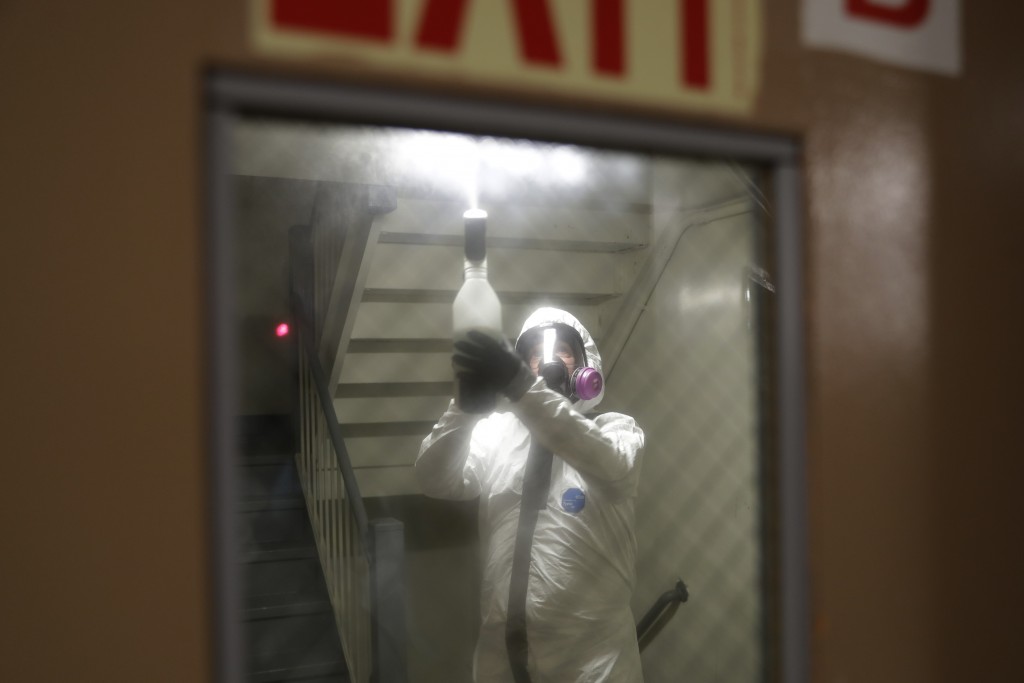 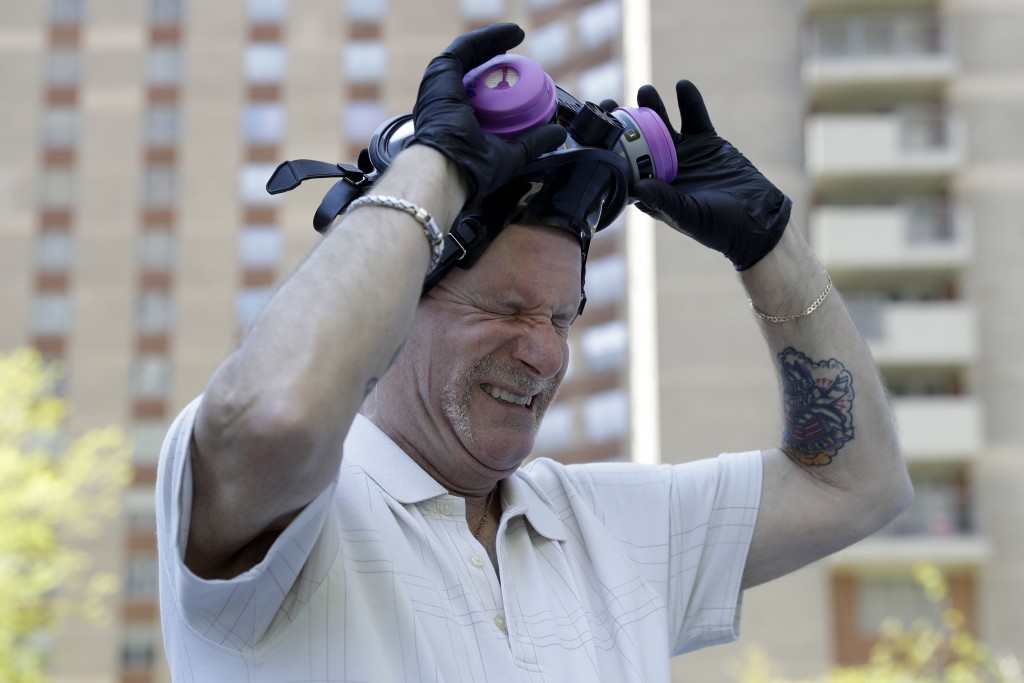 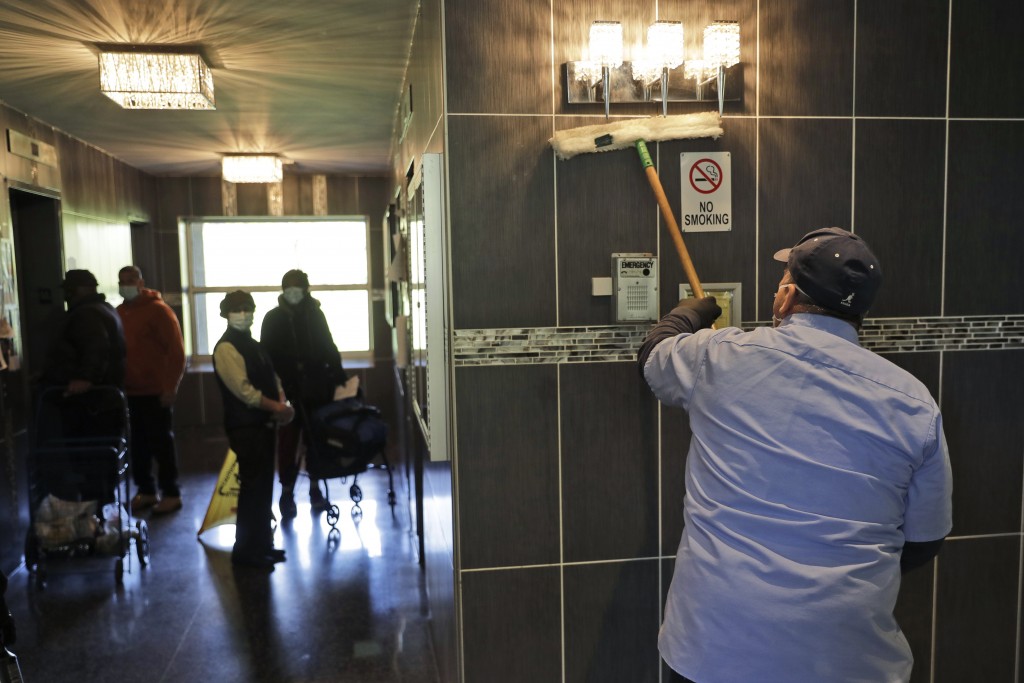 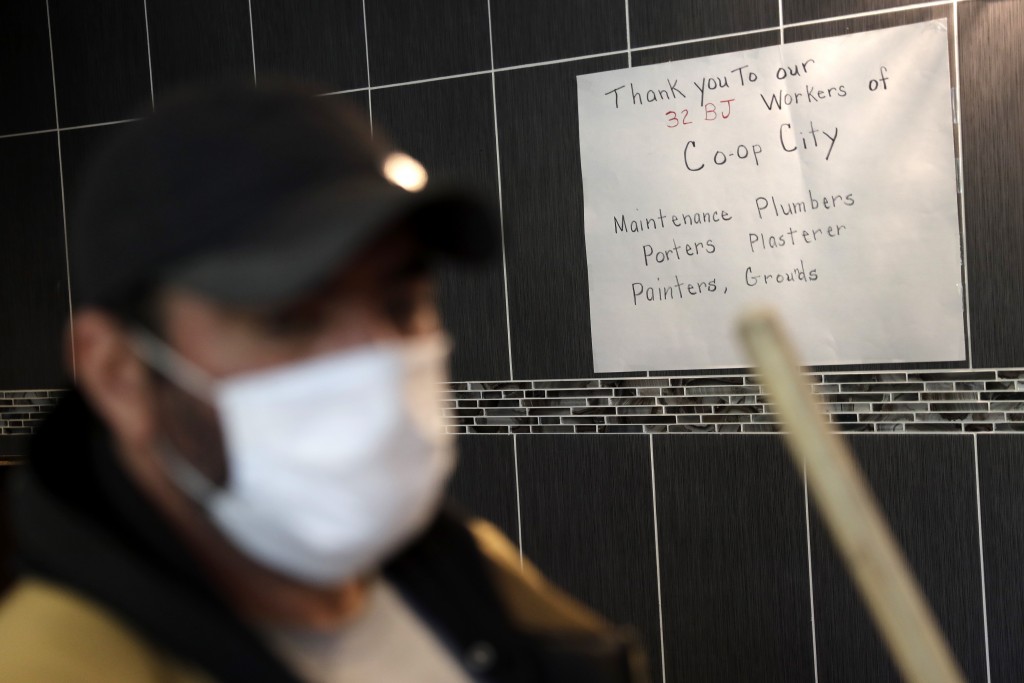 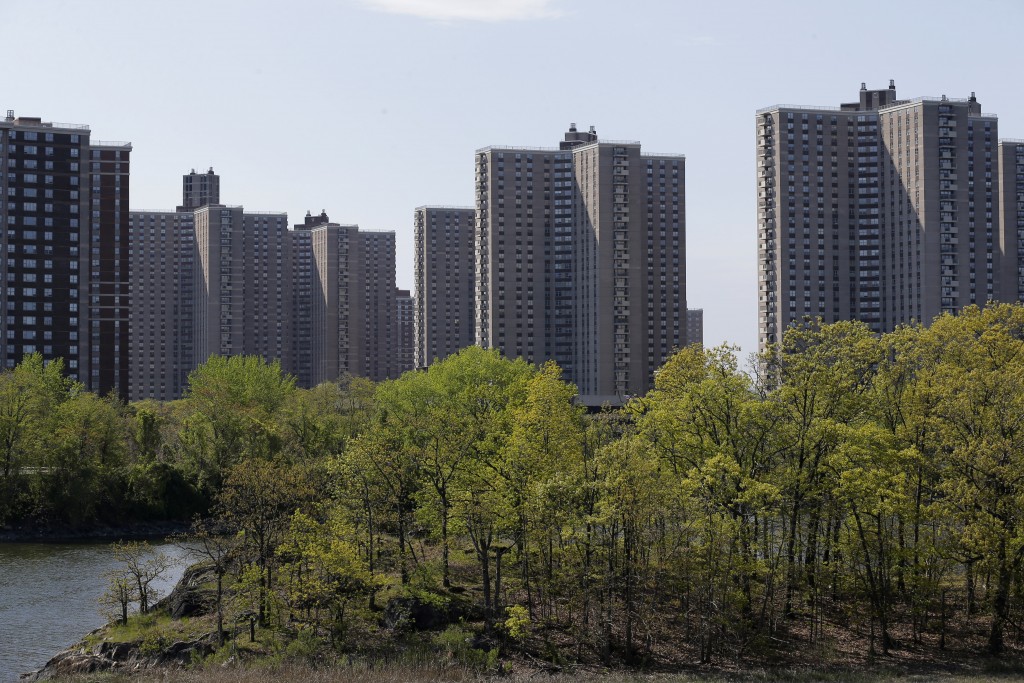 NEW YORK (AP) — Tarhia Morton and her family were planning to party this year.

She is retired after 40 years with the U.S. Postal Service. Her sister is turning 70. A birthday bash in Las Vegas was booked for August.

That was before the coronavirus changed hers and so many other lives in the massive residential development in the COVID-19 battered Bronx known as Co-op City in which she lives. Before her mother was infected with it. Before medical examiners determined her father didn’t die from it — but only after she says his body was held at the hospital for 10 days after his March 27 death.

And before the virus killed at least six fellow members of her nearby Community Protestant Church.

“That’s six people that I know,” Morton said. “Someone else could have passed on, or their family members or whatever that we don’t know about, but those six people I actually knew them."

Morton's story is a common one in the Bronx, which has been hit harder by the virus than any other place in the New York City metropolitan area. So far, the virus has killed nearly 4,300 people in the borough of 1.4 million, compared to about 2,800 of Manhattan’s 1.6 million residents.

And within the Bronx, almost no place has been hit as hard as Co-op City. Data released by city health officials Monday revealed that the virus has killed at least 155 people living in the zip code that covers the complex. That’s roughly 1 of every 282 residents.

By any of New York's metrics, ZIP code 10475, with one of the largest elderly communities in the nation and a population that is more than 92% nonwhite, was an easy target for the virus. Those who didn’t remain sheltered in the housing cooperative often left for lengthy commutes on public transportation, perhaps stepping further into harm’s way.

Cut off from much of the borough by Interstate 95, Co-op City is the largest single residential development in the U.S. There are about 43,000 residents in 35 towers and seven townhouse clusters, though only 20% of the land is developed. The rest are large grass fields with walking paths, a community garden and its own Little League baseball field.

Despite its locale, Co-op City also has some small-town feel, the kind of place where residents spend their working years, retire and never leave. A community where parents can walk their children across the property to visit relatives.

“This,” said Bishop Angelo Rosario, a 29-year resident, “is a city within a city.”

The tight-knit nature of Co-op City made it difficult for some people to keep their distance from others, even after it had become recommended.

“We show affection because this is one big community, but we all love each other and so forth and that’s just the way it is,” said Eric Bowman, who works at Circle of Christ Church and hugged fellow resident Eugene Diaz — who wasn’t wearing a mask — when they bumped into each other one afternoon.

Co-op City is a convenient commuting base for those who have a car. For those who don’t, just leaving the 52-year-old development can be a trip in itself.

“You can’t walk out of here,” said Marcus Thorpe, a mover who handles international shipments and feared infecting his 93-year-old grandmother who lives with him. “You have to get on some kind of transit to bounce. If you don’t have a car, you got to get on something. I call it Canada because it’s so far away from civilization."

Thorpe departs on a bus and transfers to a van, ending up with about a 90-minute commute to New Jersey. The percentage of people that reach work in under half an hour is among the lowest in the nation, according to unitedstateszipcodes.org, and for the majority it was 60 to 89 minutes.

Morton used to be able to get places by car. Now her husband’s vision problems mean she relies on the bus when she can’t walk, wearing a thick facial shield because she fears at her height people on the bus sneeze directly down into her face.

She and her sister alternate caring for their 90-year-old mother, all of whom live in Co-op City. She's relieved that her mother is recovering, but still frets about not getting money back from travel arrangements that were made last year.

Rosario has other concerns.

He has had some elderly, devastated by losses of $50,000 or more in their retirement accounts and a sudden inability to provide for loved ones, tell him they wished to die themselves.

Rosario, who runs the Church of God’s Children with wife Nancy, worries about the damage that stress can inflict on seniors, weakening their immune systems and making them even more susceptible. The head of the Bronx Clergy Task Force said he has taken part in more than 65 funerals on Facebook for people of all religions in the borough.

Officials believe there were about 1,500 residents infected, but Riverbay Corp. general manager Noel Ellison acknowledges that count could be low. Even though shareholders were requested to report a coronavirus-related illness or death in their building so sanitizing crews could be dispatched, he believes some didn’t because of a stigma attached to the virus, comparing it to a resident embarrassed to report bed bugs.

Without that information, Co-op City officials were hindered in stopping the spread. When there were cases of Legionaires’ disease in 2018, Ellison said the city Dept. of Health provided details of where the residents lived and the cleaning protocols. He said there was no such communication from the department or hospitals with the coronavirus.

But residents, particularly in the transportation industry, kept on working as usual.

“This district is a working district. We are essential workers for the city of New York,” councilman Andy King said while handing out face masks to residents waiting on a line to enter a Dollar Tree store.

Those who could remain home were largely among the elderly. The three community centers run by JASA, a New York organization serving seniors, were shut down, not only making it harder for many of the 12,000 Co-op City residents 60 or older to get meals, but also halting an important part of their lifestyles.

“Of course COVID-19 exacerbates vulnerabilities," JASA co-chief program officer Amy Chalfy said. “and in some ways because the Co-op City community of older adults is so active, it’s even harder for them not to be continuing to be active and out in the community.”

Meals on Wheels deliveries were coordinated and food pantries arranged to feed those who became unable or afraid to go to supermarkets.

Ellison said collection of carrying charges was down only 3% in the last report, meaning residents were still able to pay their fees, but further trouble could remain for Co-op City. New property sales have slowed or stopped, and businesses that were forced to close may be unable to reopen or pay their rent.

“We are a working community and I think we are going to bounce back,” King said. “We are strong. We’re Bronx resilient strong.”