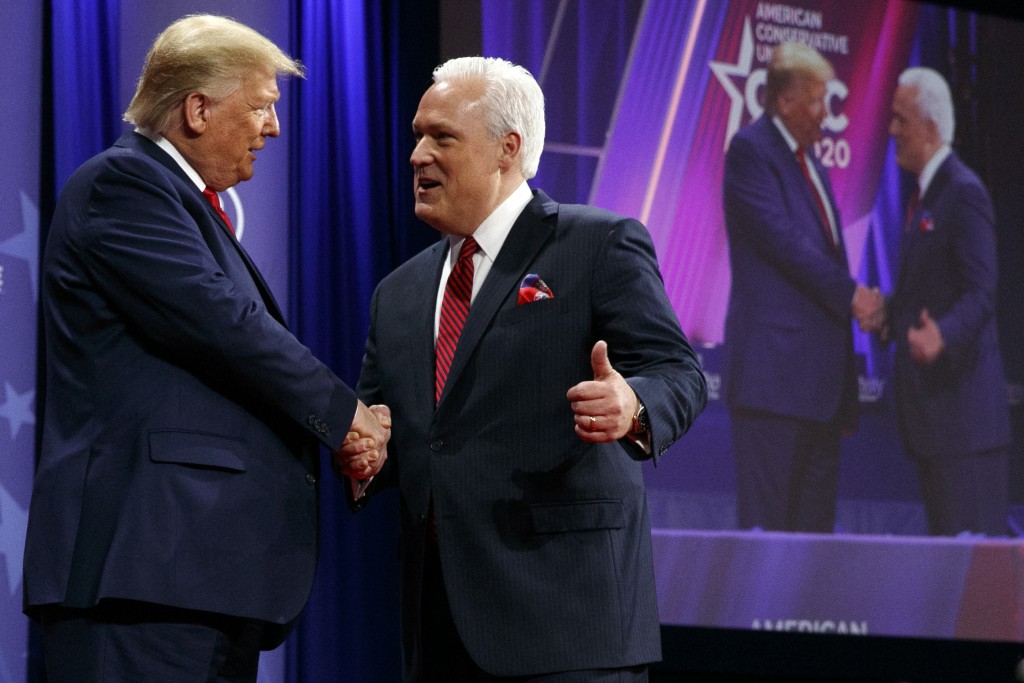 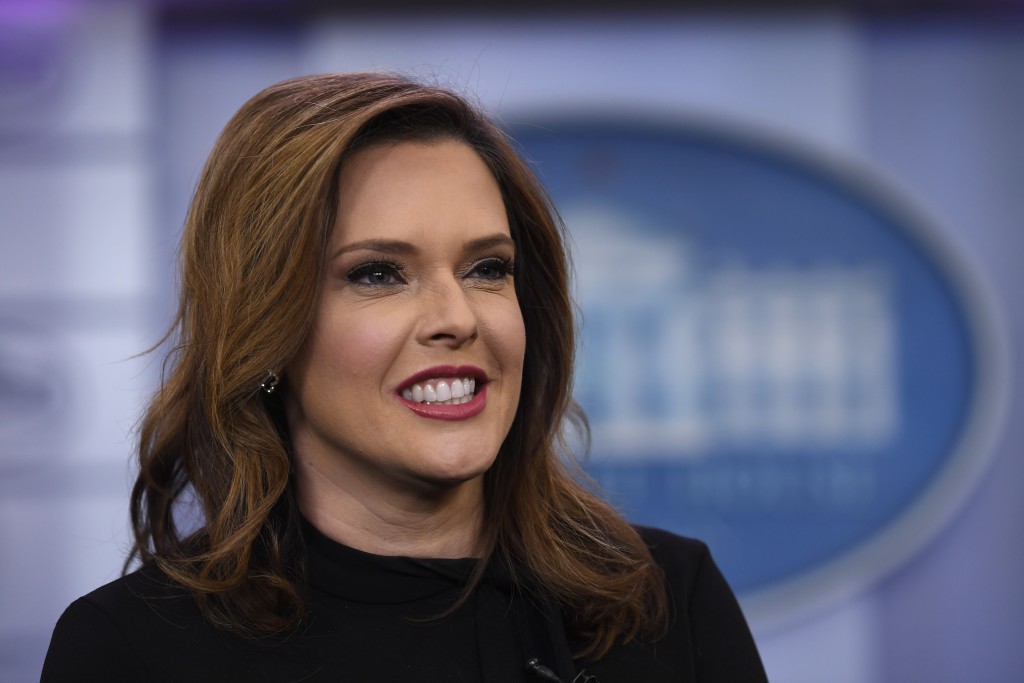 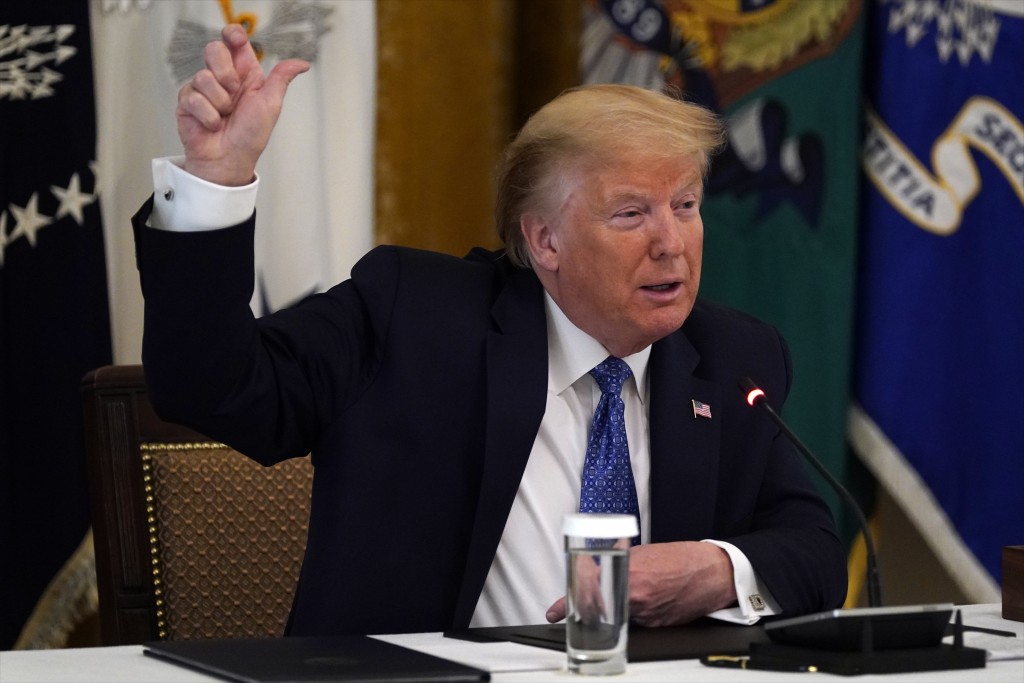 WASHINGTON (AP) — Republican political operatives are recruiting “pro-Trump” doctors to go on television to prescribe reviving the U.S. economy as quickly as possible, without waiting to meet safety benchmarks proposed by the federal Centers for Disease Control and Prevention to slow the spread of the new coronavirus.

The plan was discussed in a May 11 conference call with a senior staffer for the Trump reelection campaign organized by CNP Action, an affiliate of the GOP-aligned Council for National Policy. A leaked recording of the hour-long call was provided to The Associated Press by the Center for Media and Democracy, a progressive watchdog group.

CNP Action is part of the Save Our Country Coalition, an alliance of conservative think tanks and political committees formed in late April to end state lockdowns implemented in response to the pandemic. Other members of the coalition include the FreedomWorks Foundation, the American Legislative Exchange Council and Tea Party Patriots.

A resurgent economy is seen as critical to boosting President Donald Trump’s reelection hopes and has become a growing focus of the White House coronavirus task force led by Vice President Mike Pence.

Tim Murtaugh, the Trump campaign communications director, confirmed to AP that an effort to recruit doctors to publicly support the president is underway, but declined to say when the initiative would be rolled out.

“Anybody who joins one of our coalitions is vetted,” Murtaugh said Monday. “And so quite obviously, all of our coalitions espouse policies and say things that are, of course, exactly simpatico with what the president believes. ... The president has been outspoken about the fact that he wants to get the country back open as soon as possible.”

During an emergency such as the current pandemic, it's important that the government provide consistent science-based information to the public, said Dr. Wafaa El-Sadr, an epidemiology professor at Columbia University’s Mailman School of Public Health. Dr. Anthony Fauci, the nation's top infectious disease expert and a member of the White House's coronavirus task force, has been among the most visible government experts warning that lifting lockdowns too quickly could lead to a spike in deaths.

El-Sadr said having doctors relay contradictory information on behalf of the president is “quite alarming."

“I find it totally irresponsible to have physicians who are touting some information that’s not anchored in evidence and not anchored in science,” El-Sadr said. “What often creates confusion is the many voices that are out there, and many of those voices do have a political interest, which is the hugely dangerous situation we are at now.”

Murtaugh said the campaign is not concerned about contradicting government experts.

“Our job at the campaign is to reflect President Trump’s point of view,” Murtaugh said. “We are his campaign. There is no difference between us and him.”

On the May 11 call, Nancy Schulze, a GOP activist who is married to former Rep. Dick Schulze, R-Pa., said she had given the campaign a list of 27 doctors prepared to defend Trump’s reopening push.

“There is a coalition of doctors who are extremely pro-Trump that have been preparing and coming together for the war ahead in the campaign on health care,” Schulze said on the call. “And we have doctors that are … in the trenches, that are saying ‘It’s time to reopen.’”

“Those are the types of guys that we should want to get out on TV and radio to help push out the message,” Schlapp said on the call.

“They’ve already been vetted. But they need to be put on the screens,” Schulze replied.

Schlapp’s husband agreed the president is getting criticized for not appearing to follow the advice of public health experts. Matt Schlapp is chairman of the American Conservative Union, which hosts the annual Conservative Political Action Conference attended by conservative luminaries.

“The president’s going to get tagged by the fake news media as being irresponsible and not listening to doctors,” Matt Schlapp said on the call. “And so we have to gird his loins with a lot of other people. So I think what Nancy’s talking about … this is the critical juncture that we highlight them.”

Matt Schlapp told AP on Monday that he stood behind what he said on the leaked call.

“There is a big dynamic in the national media that will not give President Trump any credit,” he said. “It’s important to get the message out there that most people recover from corona. Most people are not in mortal danger with corona and that we can safely open up the economy.”

As several Republican governors moved last week to lift their state lockdowns, the National Ensemble Forecast used by the CDC to predict COVID-19 infections and deaths saw a corresponding increase. The CDC now forecasts the U.S. will exceed 100,000 deaths by June 1, a grim milestone that previously was not predicted to occur until late in the summer.

As of Tuesday, more than 1.5 million Americans had tested positive for COVID-19, with more than 91,000 deaths reported nationwide.

Experts, including Fauci, have said that is likely an undercount, with the true number being much higher. Meanwhile, Trump has suggested, without providing evidence, that the official death toll from the virus is being inflated.

Schulze, who was working to organize the pro-Trump doctors, did not respond to messages from AP seeking comment. But after the AP contacted the Trump campaign seeking comment for this story, a Washington public relations firm that frequently works for conservative groups distributed an open letter to Trump signed by more than 400 doctors calling the state coronavirus lockdowns a “mass casualty event" causing “millions of casualties" from alcoholism, homelessness, suicide and other causes.

“It is impossible to overstate the short, medium, and long-term harm to people’s health with a continued shutdown,” the letter said. “Losing a job is one of life’s most stressful events, and the effect on a person’s health is not lessened because it also has happened to 30 million other people. Keeping schools and universities closed is incalculably detrimental for children, teenagers, and young adults for decades to come.”

The first signature on the letter was Dr. Simone Gold, an emergency medicine specialist in Los Angeles who is listed as a member of the Save Our Country Coalition on the group's website. She has recently appeared on conservative talk radio and podcast programs to advocate for the use of hydroxychloroquine, which she says she has prescribed to two of her patients with good results.

Gold told AP on Tuesday she started speaking out against shelter-in-place and other infection control measures because there was “no scientific basis that the average American should be concerned” about COVID-19. Like the president, she is advocating for a fast reopening, and argues that because the majority of deaths so far have been the elderly and people with preexisting conditions, younger people should be working.

Gold denied she was coordinating her efforts with Trump's reelection campaign.

“But put this in there: I'm honored to be considered," she said.

Have a tip? Contact AP’s global investigative team at Investigative@ap.org