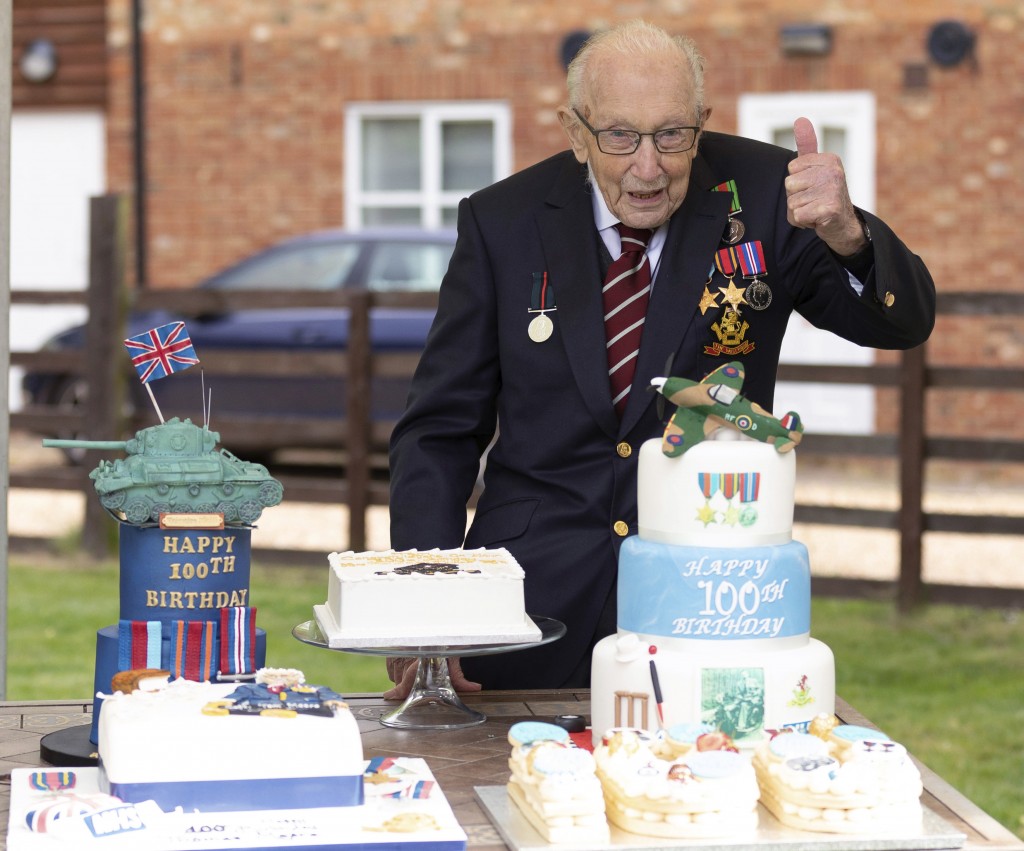 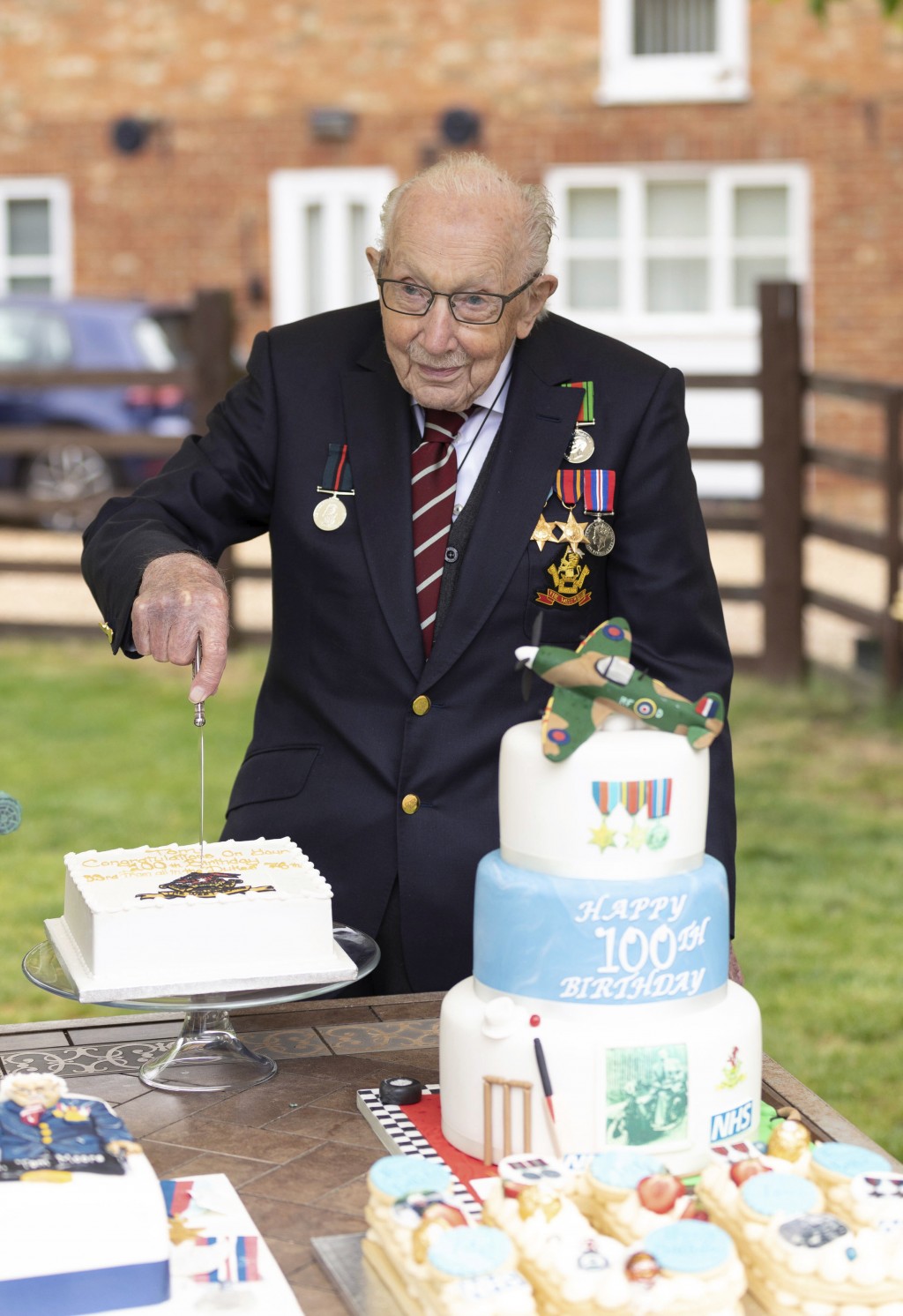 LONDON (AP) — A British army veteran who shuffled the length of his garden 100 times to raise funds for the National Health Service is to be honored with a knighthood.

Tom Moore received a special nomination for the honor from Prime Minister Boris Johnson, just weeks after he raised 33 million pounds ($40 million) for completing the challenge to mark his 100th birthday. His simple determination and promise that “tomorrow will be a good day!’’ cheered a nation in lockdown amid the COVID-19 pandemic.

“Col. Tom’s fantastic fundraising broke records, inspired the whole country and provided us all with a beacon of light through the fog of coronavirus,’’ Johnson said. “On behalf of everyone who has been moved by his incredible story, I want to say a huge thank you.''

Queen Elizabeth II approved the honor. It was not immediately clear how it will be bestowed, as the ongoing lockdown mandates social distancing.

Moore’s family used social media to seek donations to support health care workers as a mark of gratitude to doctors and nurses who took care of him when he broke his hip. When he first started, he was a mere retired Captain with a goal of raising 1,000 pounds.

But, as he walked, the public became captivated by the veteran with the walker and a cause. When his birthday arrived in April, he was promoted, becoming the first Honorary Colonel of the Army Foundation College, Harrogate.

And so with dizzying speed, he has been elevated once more.