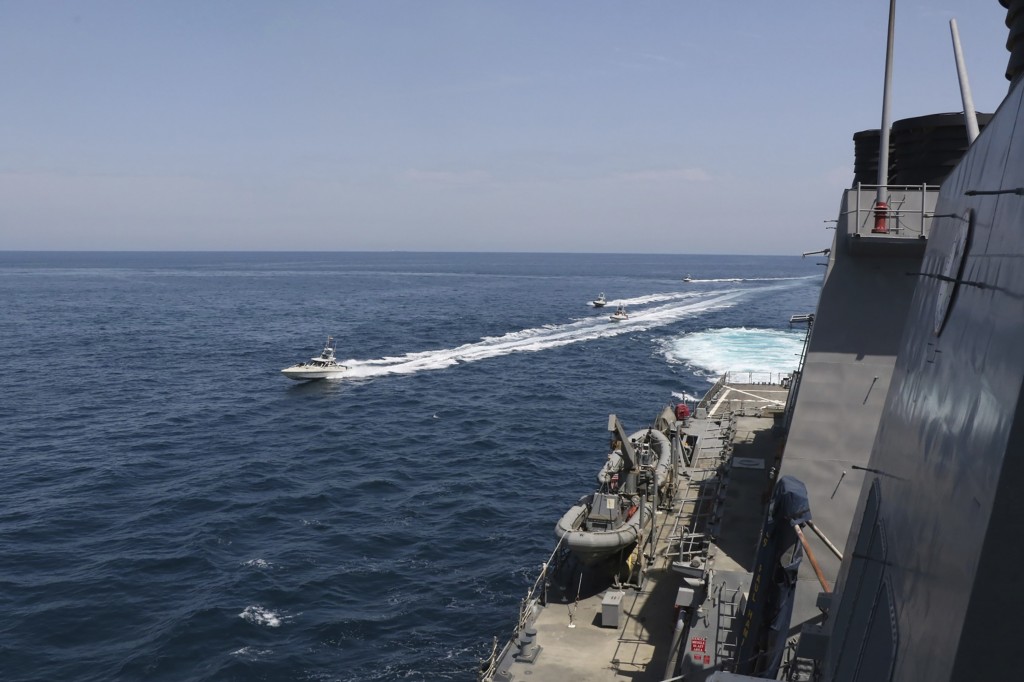 DUBAI, United Arab Emirates (AP) — The U.S. Navy warned Tuesday it will take “lawful defensive measures” against vessels in the Mideast that come within 100 meters (yards) of its warships, offering specific guidelines after a recent close encounter with Iranian vessels in the Persian Gulf.

Defensive measures have typically included turning a ship away from the approaching vessel, sounding its horn, shooting off flares and ultimately firing warning shots to force the vessel away. But offering a specific distance is new for the Navy.

“Our ships are conducting routine operations in international waters wherever international law allows and do not seek conflict,” said Cmdr. Rebecca Rebarich, a Bahrain-based 5th Fleet spokeswoman. “However, our commanding officers retain the right to self-defense if deemed necessary.”

While 100 meters may seem far, it's incredibly close for large warships that have difficulty in turning quickly, like aircraft carriers.

The U.S. Navy has years of experience with Iranian forces getting that close, namely the hard-line, paramilitary Revolutionary Guard. Their armed speedboats routinely cut across their paths when going through the Strait of Hormuz, the narrow mouth of the Persian Gulf through which 20% of all oil passes.

Tensions have been high between Iran and the U.S. ever since President Donald Trump unilaterally withdrew America from Tehran's nuclear deal with world powers in 2018. Last summer saw a series of escalating attacks targeting oil tankers and other sites around the Persian Gulf. It reached a crescendo in January with the U.S. drone strike in Baghdad that killed Iranian Gen. Qassem Soleimani and an Iranian ballistic missile strike of American forces in Iraq in retalation.

Those tensions had been expected to rise after Iran’s government overcame the initial chaos that engulfed its response to the coronavirus pandemic. In April, the U.S. accused Iran of conducting “dangerous and harassing” maneuvers near American warships in the northern Persian Gulf. Iran also had been suspected of briefly seizing a Hong Kong-flagged oil tanker just before that.

In April, Trump warned on Twitter: “I have instructed the United States Navy to shoot down and destroy any and all Iranian gunboats if they harass our ships at sea.”