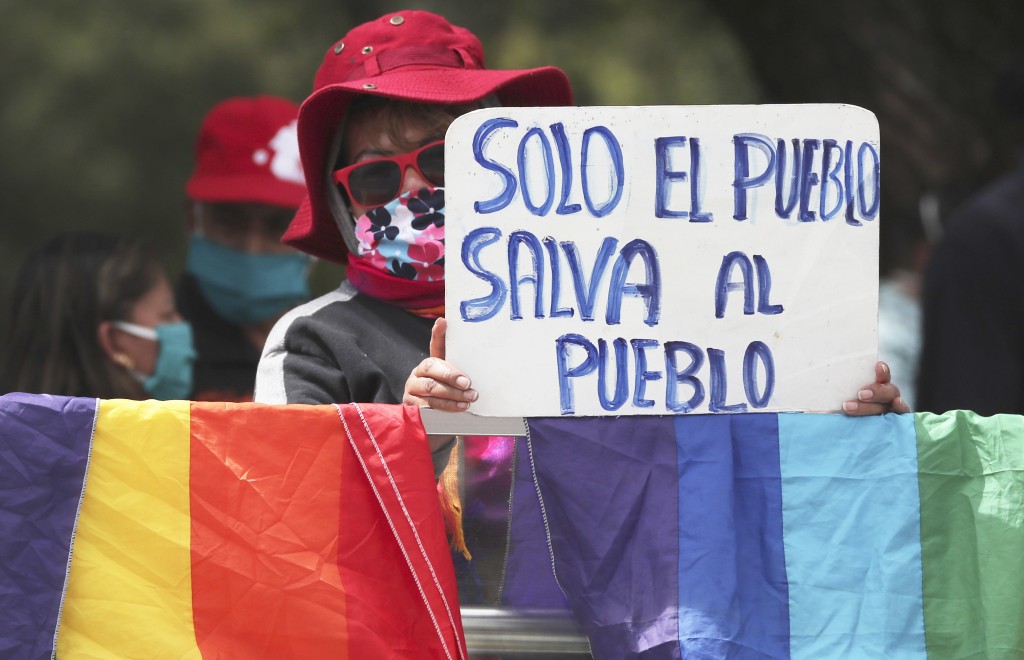 QUITO, Ecuador (AP) — Ecuador's president announced Tuesday he will reduce the salaries of government employees, shut down some embassies and sell off a handful of state-owned enterprises in a bid to save $4 billion while confronting the coronavirus pandemic.

The South American nation has been hit hard by COVID-19 and the global fall of oil prices, one of its main exports. President Lenin Moreno said that the spending cuts are necessary to control debt and prioritize health and education.

“We are fighting to stop infections and reduce the number of deaths wrought by coronavirus” Moreno said in a television address. “But at the same time we need to stop our economy from collapsing.”

Ecuador’s government last year operated on a budget of $31 billion, but the government expects its revenues to fall by $8 billion this year.

The country uses the U.S. dollar as its currency, which stops it from printing money to finance spending. In April, Ecuador’s economy minister said he expected GDP to fall by at least 4 percent in 2020.

The measures announced Tuesday by President Moreno include shutting down embassies in Malasia, Nicaragua and Iran, and putting thousands of state employees on hourly wages. Instead of working eight-hour days, state employees will be asked to work six hours a day. Seven state run companies will also be sold, including a newspaper, a TV station, a railway company and a state-owned airline that has lost more than $400 million over the past five years.

Moreno said that a fund of $1billion will be created to provide loans to small companies and boost private-sector employment.

The austerity plan comes six months after Ecuador’s government eliminated gasoline subsidies as part of a $4.2 billion IMF loan agreement. The subsidies were restored following 10 days of violent protests in which more than a dozen people were killed.

Ecuador’s government has reported more than 33,00 cases of COVID-19 and 2,800 deaths. The nation of 17 million has one of the highest per capita rates of coronavirus infections in Latin America.