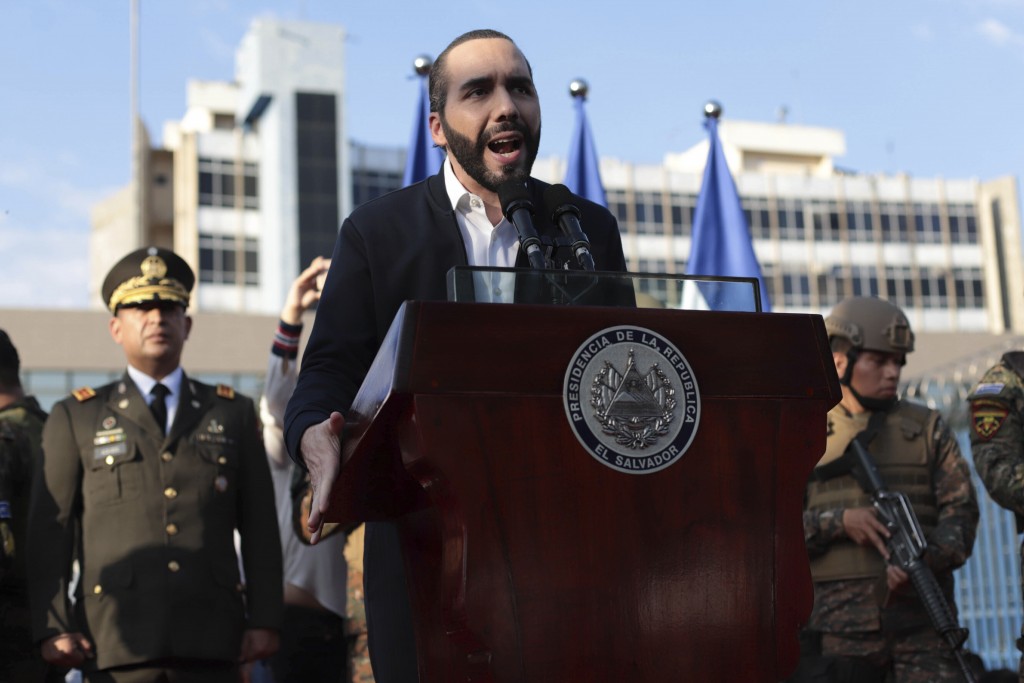 SAN SALVADOR, El Salvador (AP) — El Salvador President Nayib Bukele's fight with the other two branches of government jconintued Tuesday amid the COVID-19 pandemic after he suffered another defeat at the constitutional court and threatened to veto legislation passed overnight by the congress.

When the country's state of emergency expired last week, Bukele extended it via executive decree Saturday night for 30 days. On Monday the constitutional chamber of the Supreme Court ruled he couldn't do that.

Then attention turned to the Legislative Assembly, which does have the power to extend the state of emergency, but passed legislation that Bukele found unacceptable.

Bukele promised to veto the assembly's bill, which would have loosened some of the his harshest measures, such as confining people caught violating the stay-at-home order to containment centers for 30 days.

Bukele heaped criticism on the court and the congress via his Twitter account. He accused the court of decreeing that COVID-19 would destroy El Salvador.

El Salvador has reported about 1,500 confirmed COVID-19 infections and 30 deaths.