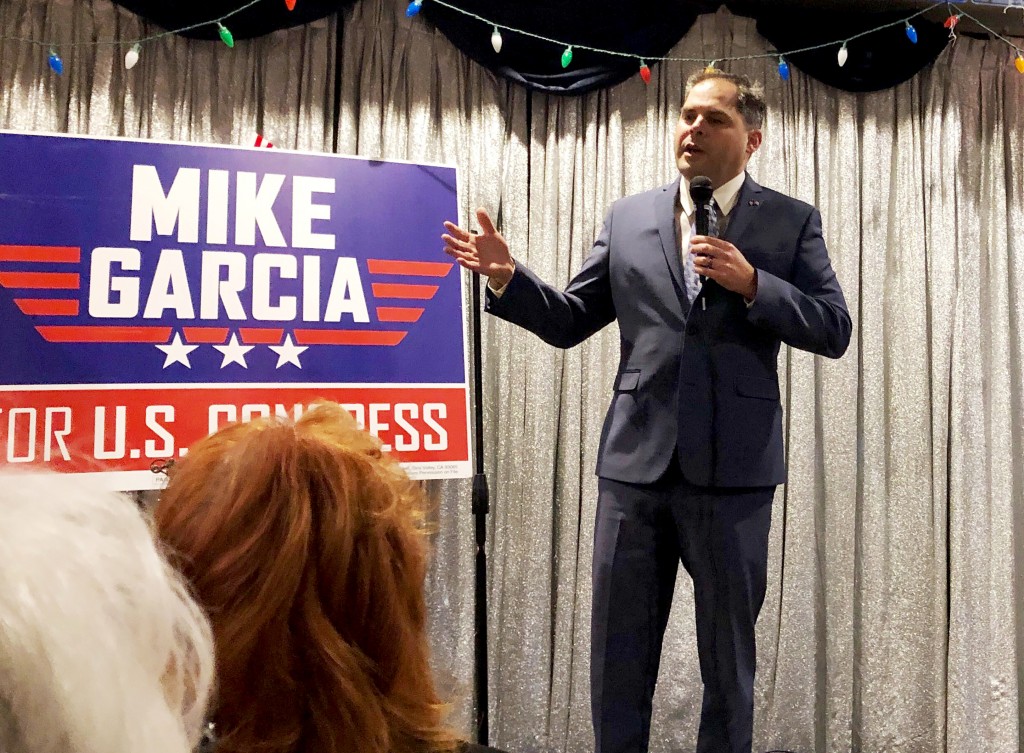 WASHINGTON (AP) — A former Navy pilot who captured a California congressional district from Democrats and a state legislator who retained a Republican-held Wisconsin seat joined the House on Tuesday, buoying a GOP seeking momentum for its uphill fight for the chamber's majority in this fall's elections.

The two men stood side by side on the House floor as they were sworn into office by Speaker Nancy Pelosi, D-Calif. In this age of the coronavirus, they elbow-bumped afterward but did not wear face masks.

Garcia's win came in a Los Angeles-area district that was among dozens of suburban seats that Democrats won from the GOP in 2018, catapulting them to House control. Democratic presidential candidate Hillary Clinton had carried the district by 7 percentage points in 2016, and two years later Democrat Katie Hill won the seat by 9 points.

But Garcia was elected last week by 10 points over Democrat Christy Smith, casting himself as an outsider against the state assemblywoman. He also raised about the same $2.3 million as Smith's campaign, unusual in an election cycle in which most Democratic candidates in competitive races are collecting significantly more in contributions.

Hill resigned last year after allegations that she'd had an inappropriate relationship with an aide.

Republicans have touted Garcia's victory as a sign that their political fortunes are improving. Rep. Tom Emmer, R-Minn., who leads the House GOP's campaign arm, has said it means his party can win the House.

But Democrats are still favored to retain House control and seem likely to keep most contested suburban seats this November. That's a reflection of how Trump's divisive rhetoric and erratic performance have alienated moderate suburban voters, especially women.

Garcia and Smith will face each other again in November for a full two-year House term. Democrats are expecting a far higher turnout by Democratic voters in November, drawn to polling places by having Trump's name on the ballot.

Tiffany will represent a rural, conservative-leaning district in Wisconsin. He replaces former GOP Rep. Sean Duffy, who said he left office to spend more time with his family.

With Garcia and Tiffany joining the House, Democrats control the chamber 233-198, with one independent and three vacancies.