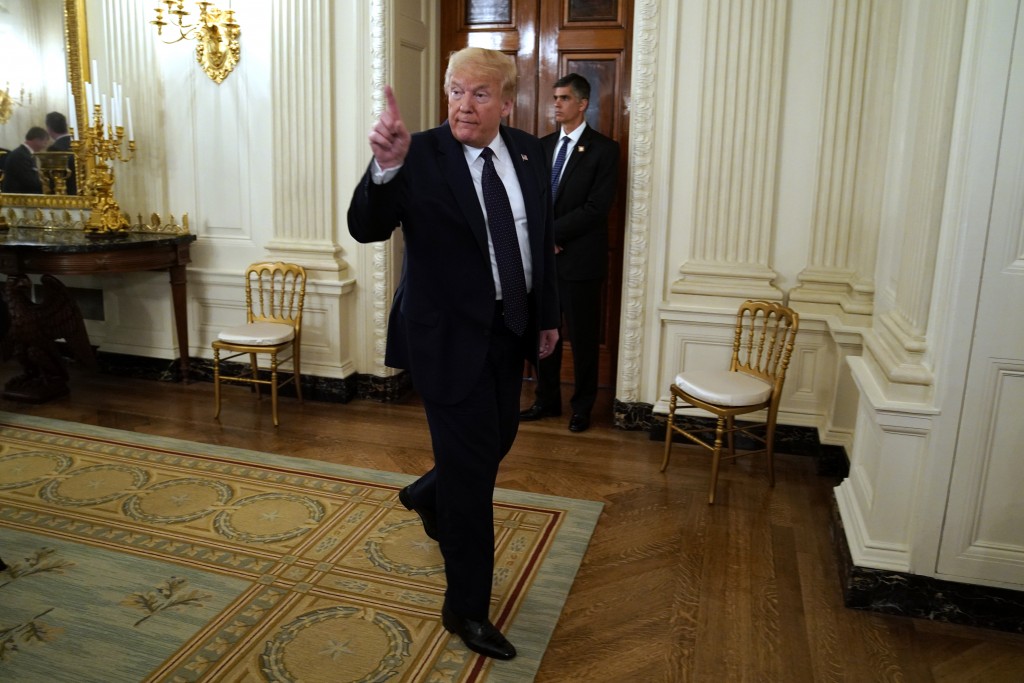 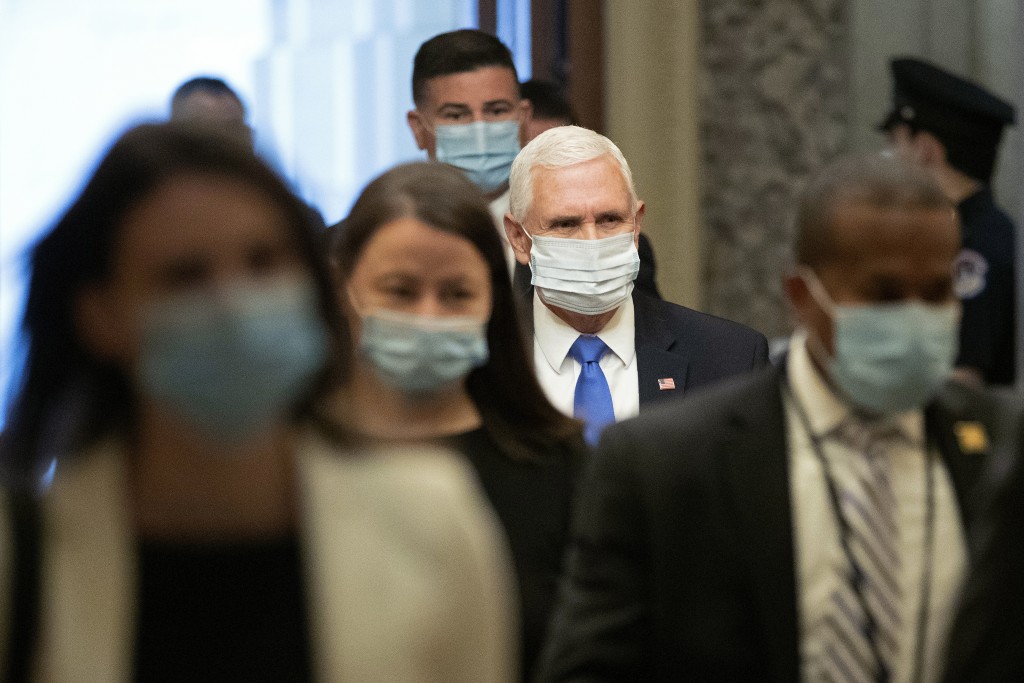 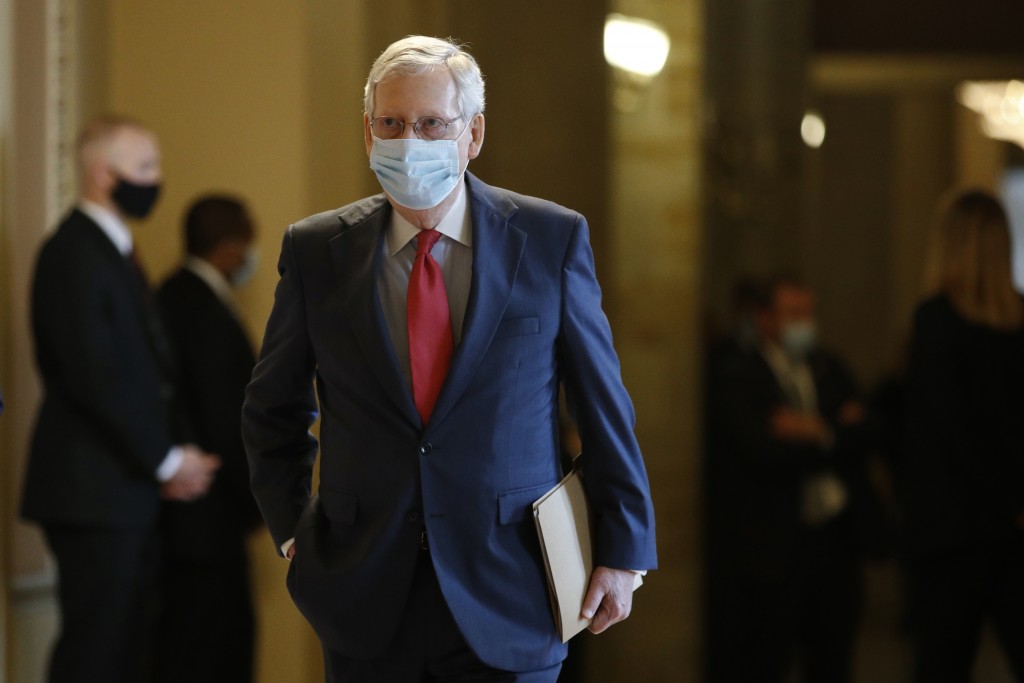 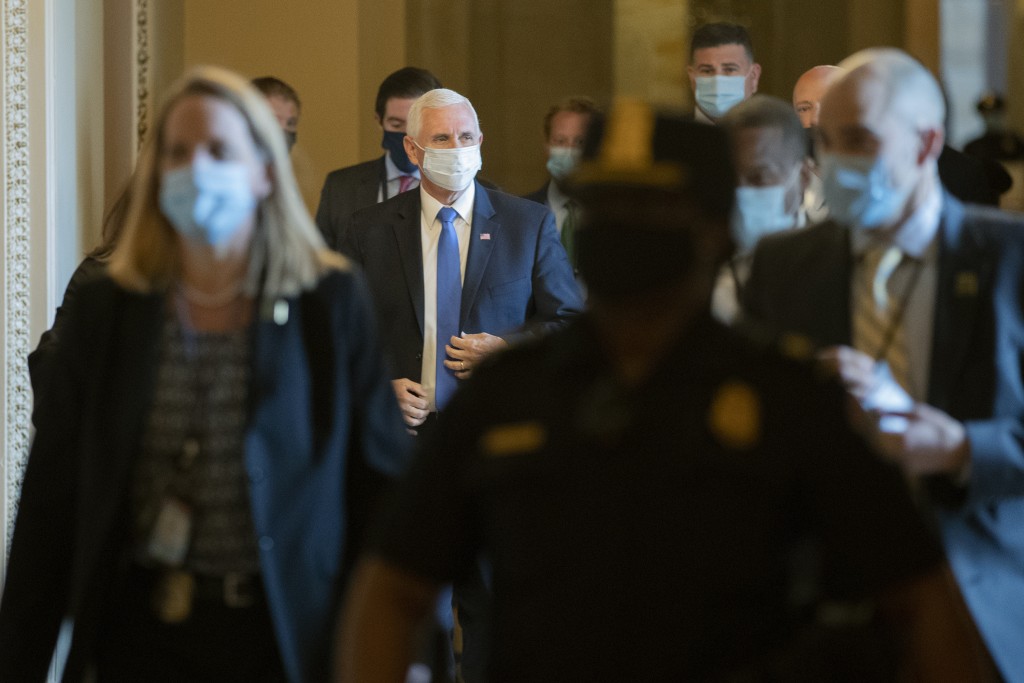 WASHINGTON (AP) — President Donald Trump is heading to Capitol Hill for lunch Tuesday with Senate Republicans as Washington considers next steps in the coronavirus response.

That's according to a person unauthorized to discuss the president's schedule and granted anonymity.

The administration is launching a full day of appearances on Capitol Hill as the White House and Congress consider another pandemic aid package.

“Very helpful,” said Mnuchin as he exited the meeting on his way to testify before the Senate Banking Committee. “Good update.”

The Capitol remains partly closed with the House away due to health risks but the smaller Senate convening under new social distancing restrictions. Among the new rules, senators are limited to three to a table at the weekly GOP luncheons. One senator and dozens of Capitol Hill workers and staff have tested positive for the virus.

While House Democrats passed a new virus aid package last week, Senate Republicans say they're not interested in providing more funds until they assess how the $2 trillion in already approved money to fight the virus and improve the economy is being spent.

McConnell has said there's no urgency to act on the latest $3 trillion bill from House Speaker Nancy Pelosi. He has declared the package a “seasonal catalogue” of liberal programs.

Pelosi's package includes $900 billion to states and cities to shore up their budgets during the crisis and prevent mass layoffs of state and local government workers. Regional tax revenues have plummeted during the shutdown. There's also money for more virus testing, a fresh round of $1,200 rebate checks for cash-strapped Americans and other aid.

Republicans prefer to wait to see if efforts to open up the economy can provide a kick-start and lessen the need for more aid.