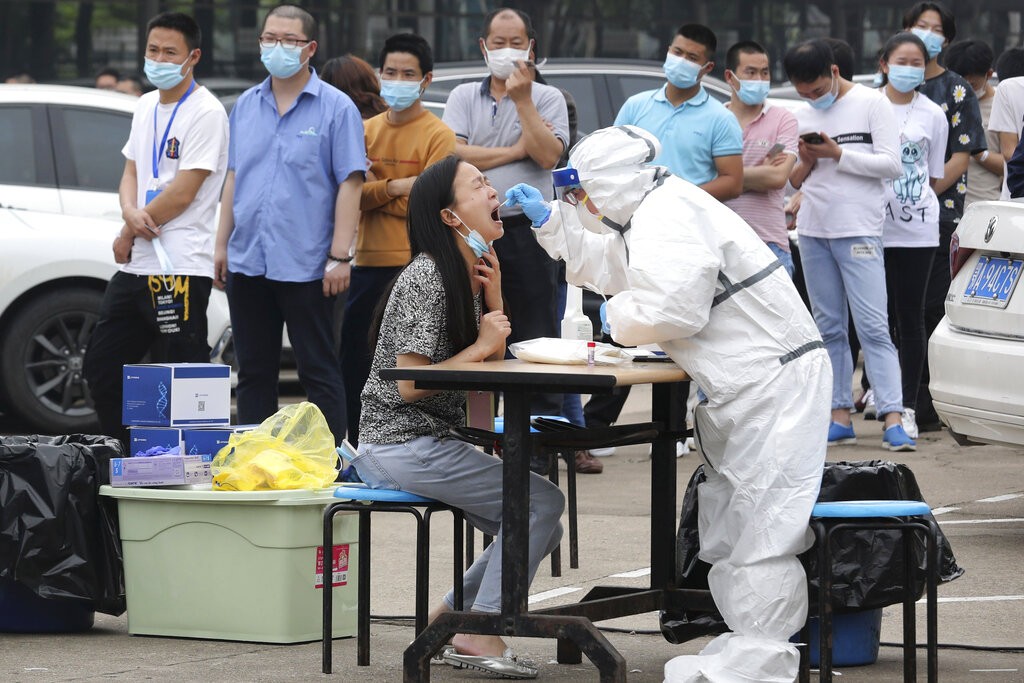 TAIPEI (Taiwan News) — As Wuhan officials had pledged to test all 11 million of the city's residents amid a new outbreak, news surfaced that potentially 500,000 could be found to be infected with Wuhan coronavirus (COVID-19), before suddenly being deleted, causing even many Chinese netizens to ridicule their government.

Last week, Caixin published the results of a seroepidemiological study carried out in April on 11,000 Wuhan residents, which found that five to six percent of those tested had antibodies for COVID-19. If extrapolated to the city's entire population, this would mean approximately 500,000 of the city's residents have been infected with the disease.

Given that the Chinese government has only reported 50,000 cases in Wuhan, it would mean that 90 percent of cases have not been detected. On May 15, Sina reprinted the article, but it was quickly taken offline along with the Caixin piece.

A Google search of the Sina article's original title "Preliminary evaluation of Wuhan nucleic acid tests: at least 500,000 out of 10 million people infected" (初步評估武漢核酸檢測：1000萬人中，至少有50萬人感染) will result in an error message stating "This article does not exist." However, Google cache versions can still be accessed. Screenshot of cached version of Sina article posted on May 16.

Word soon spread among Chinese netizens that the articles had been taken down and Deutsche Welle cited several netizens on Weibo mocking the Chinese Communist Party (CCP) for yet again covering up the real data. One netizen wrote, "openness, transparency, and responsibility," qualities that Xi Jinping (習近平) claimed China had maintained throughout the pandemic during his opening speech at Monday's (May 18) World Health Assembly (WHA).

Another netizen sarcastically wrote, "don't worry, whether it's 500,000 or 1 million, it will be a zero case diagnosis."

China claims that the total number of confirmed cases of coronavirus nationwide since the start of the outbreak is 82,960, with 4,634 deaths, but the data is considered to be deliberately underestimated by a wide margin. A set of data on coronavirus cases and deaths from the National University of Defense Technology leaked to Foreign Policy revealed that the number of cases in 230 cities across China could actually exceed 640,000.

On May 13, Wuhan authorities claimed that they were going to test all 11 million of the city's residents for the coronavirus within 10 days. However, given the fact that the city's 60 testing centers can only run 100,000 tests per day, the 10-day target for the city has morphed into a target for individual districts, which will implement their testing on different dates.