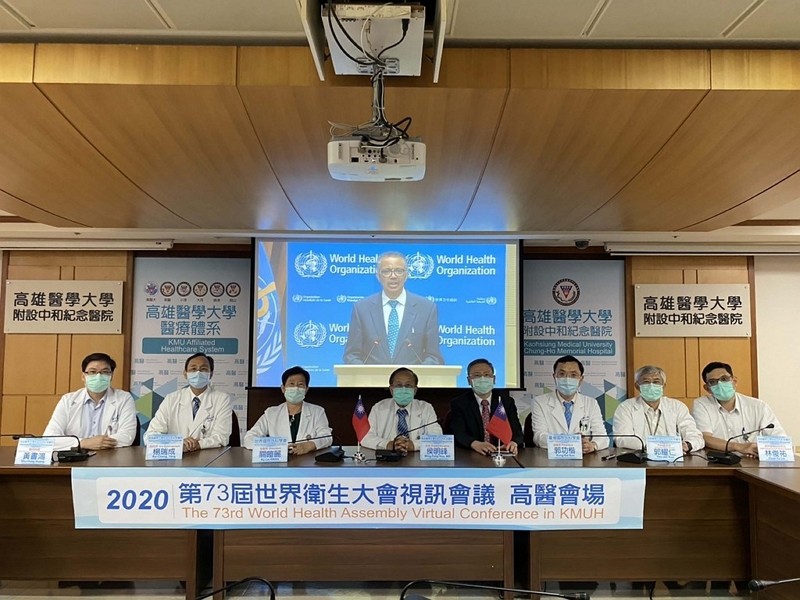 TAIPEI (Taiwan News) — Taiwanese doctors from a hospital in Kaohsiung attended the World Health Assembly (WHA) on Monday (May 18) despite Taiwan not being invited to the annual conference for political reasons.

Kwan, who has been a member of the international organization dedicated to fostering worldwide surgical excellence for 20 years, was elected as ICS President in 2018, the second surgeon from Taiwan to assume ICS leadership.

The meeting of the WHO's decision-making body took place virtually this year because of the coronavirus (COVID-19) and Kwan was allowed to participate in the video conferencing session at KMUH with a number of surgeons from the hospital. As Taiwan was denied access to the WHA due to China’s meddling, the participation of local doctors in the event carried much significance, she noted.

Taiwan has been blocked entry to the assembly since President Tsai Ing-wen (蔡英文) took office in 2016. Despite the country’s acclaimed performance in handling the novel virus and mounting support by many countries to push its case in the WHA, Taiwan failed again to participate in the global health convention.

Foreign Minister Joseph Wu said on Monday that Taiwan has heeded advice from its allies and like-minded nations to defer the promotion of its bid until later this year, so as to allow WHO members to focus on controlling the pandemic. The country will continue to contribute to global health via donations of medical supplies and international cooperation in the development of vaccines and medicines, he added.