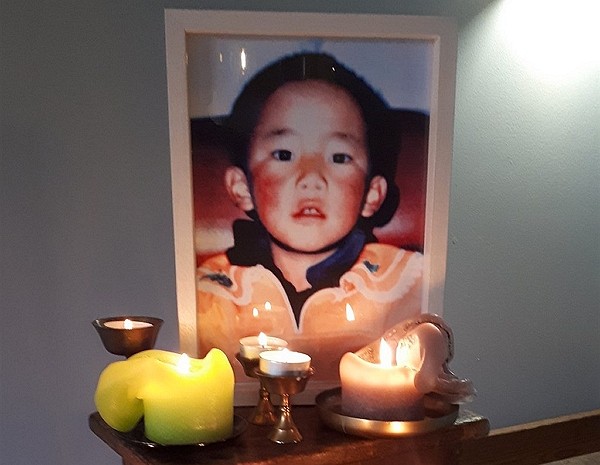 TAIPEI (Taiwan News) — As Tibetans commemorated the 11th Panchen Lama's 25th year of disappearance on Monday (May 18), U.S. Secretary of State Mike Pompeo demanded the Chinese government "immediately" disclose the fate of the six-year-old boy it seized in 1995.

In a statement, Pompeo pointed out that the U.S. remained deeply concerned about the Chinese Communist Party's (CCP) attempt to eradicate the religious, linguistic, and cultural identity of Tibetans. He stressed that different religious groups have suffered severe repression and discrimination in China and that the U.S. government would continue to advocate for religious freedom around the world.

Pompeo noted that Gedhun Choekyi Nyima, who was identified by the Dalai Lama as the Panchen Lama and his successor, has not appeared in public since his abduction in 1995, when he was only six years old. He urged the CCP to make public the whereabouts of the young prisoner and allow people of all faiths the freedom to select their own religious leaders, reported UDN.

Meanwhile, congressmen Jim McGovern and Marco Rubio released similar statements on Sunday (May 17) demanding the release of the Panchen Lama. They urged the U.S. government to use related laws, including the Reciprocal Access to Tibet Act and the Tibetan Policy and Support Act, to penalize the CCP for interfering in the Dalai Lama's succession, reported CNA.

Following the disappearance of the six-year-old Gedhun Choekyi Nyima, the CCP appointed another boy, Gyaltsen Norbu, as its own Panchen Lama. Though many Tibetans have refused to recognize the Beijing-appointed replacement, he has made several highly supervised public appearances at state-sponsored events and asked the public to support the CCP and socialist values.