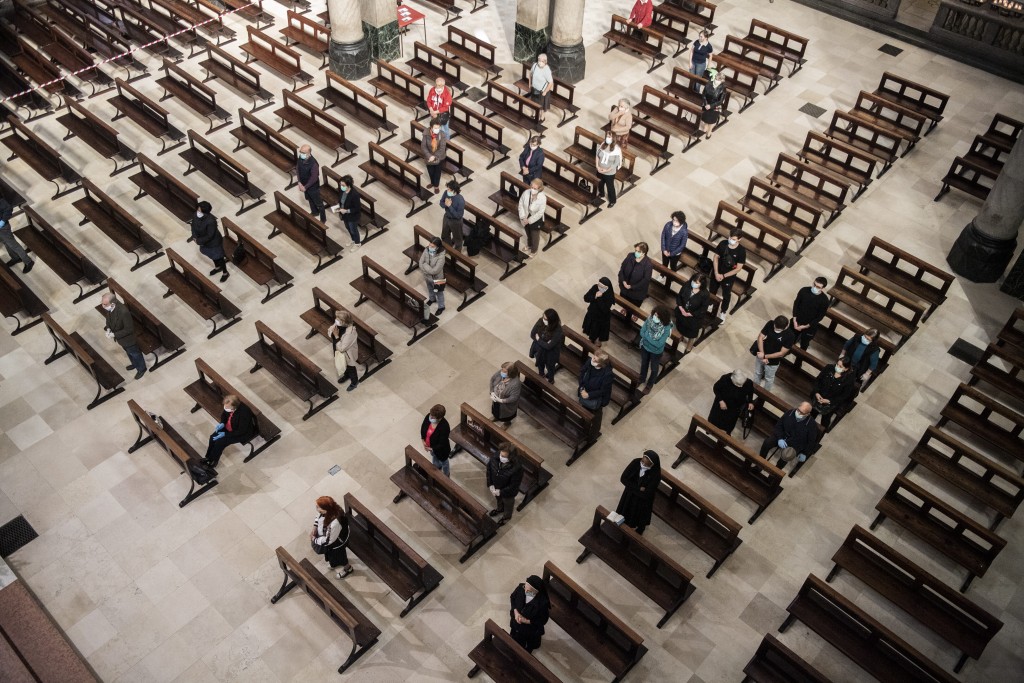 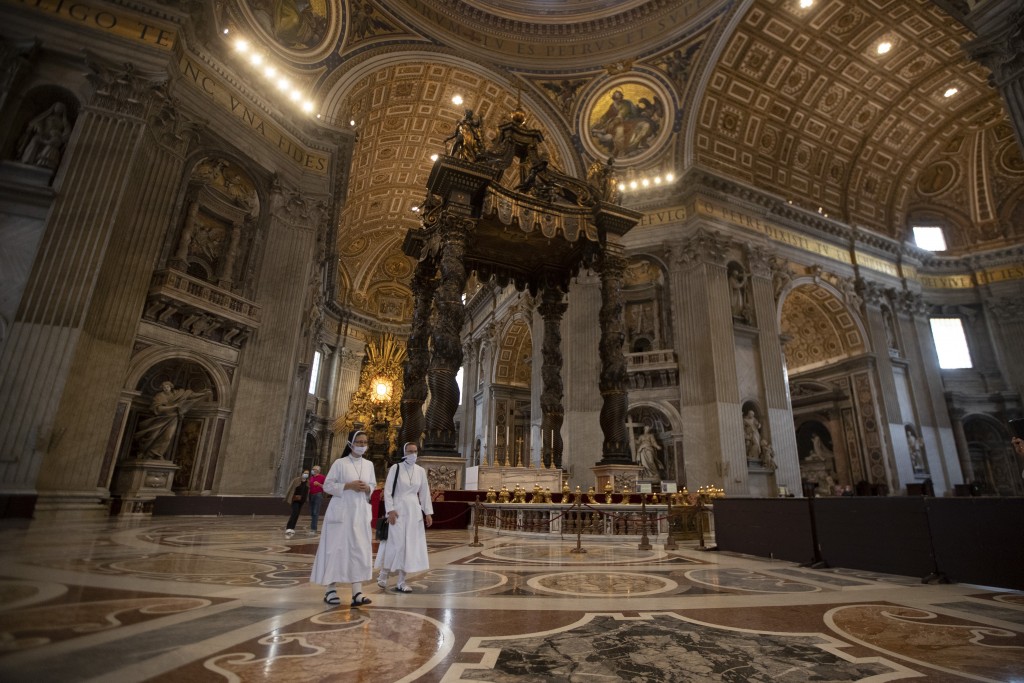 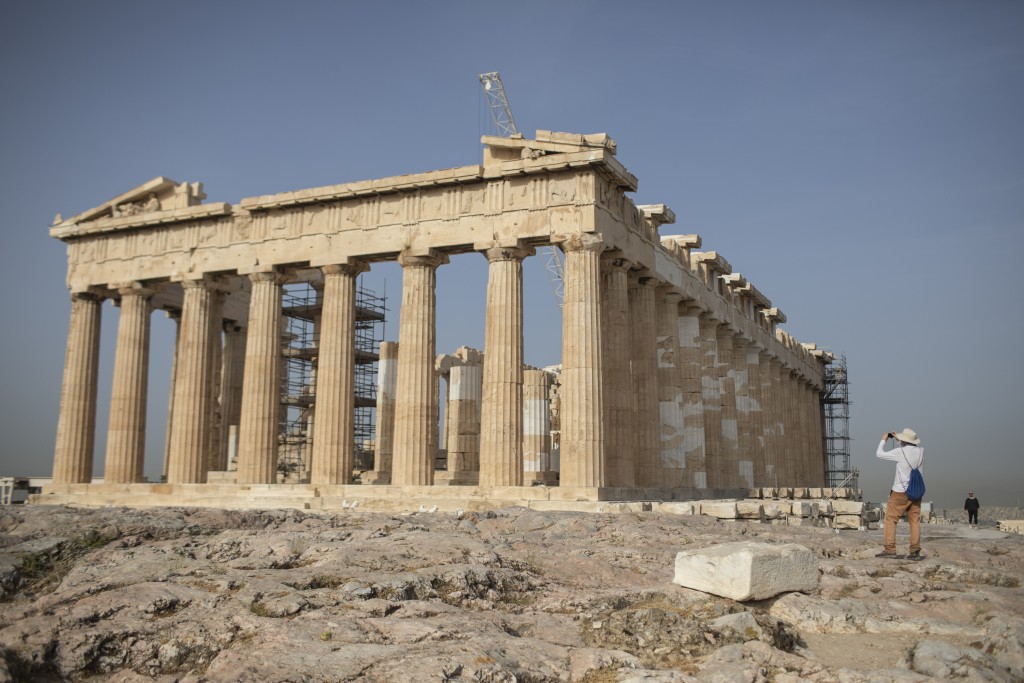 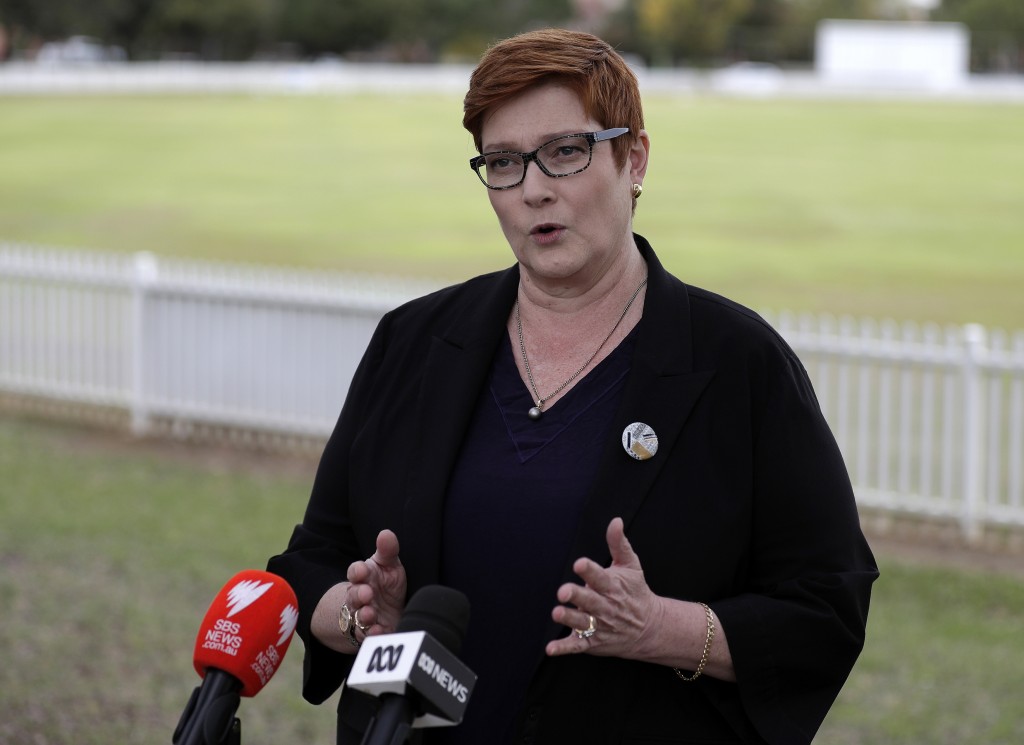 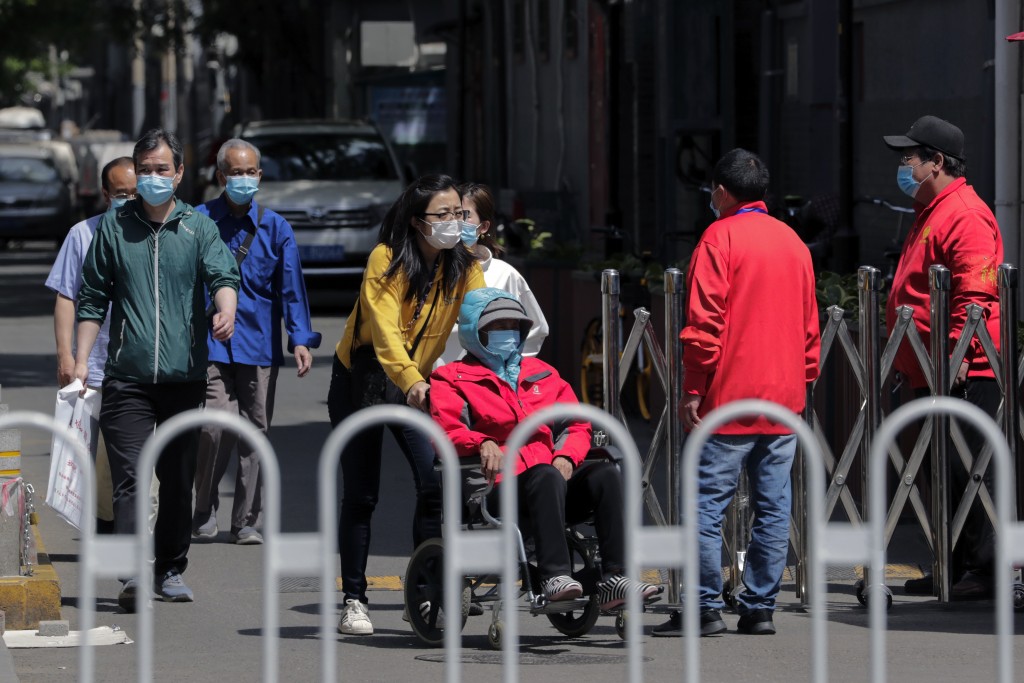 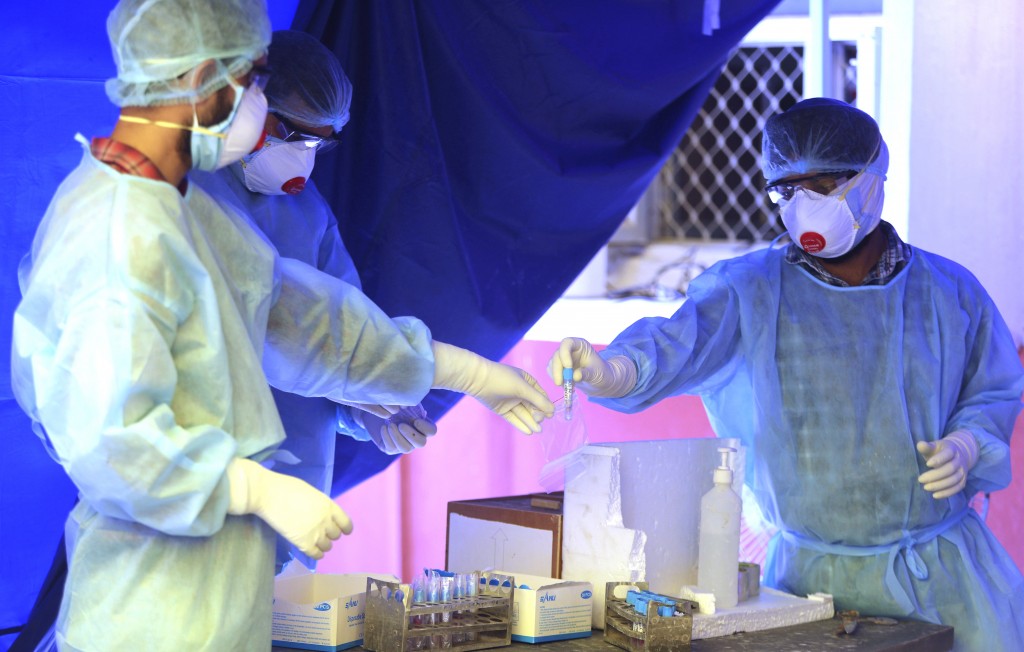 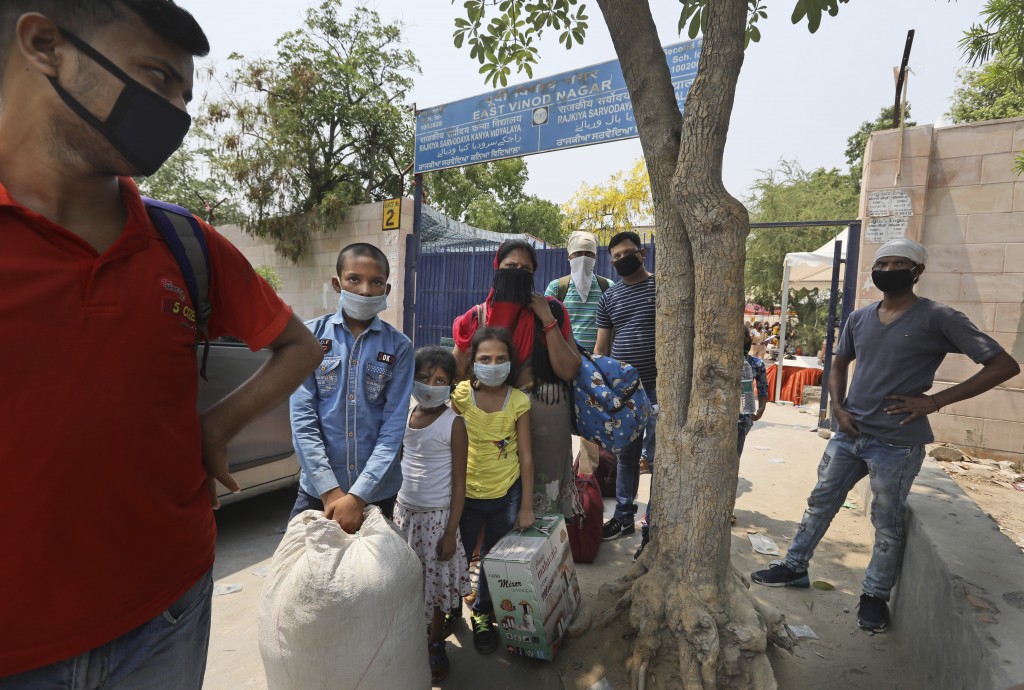 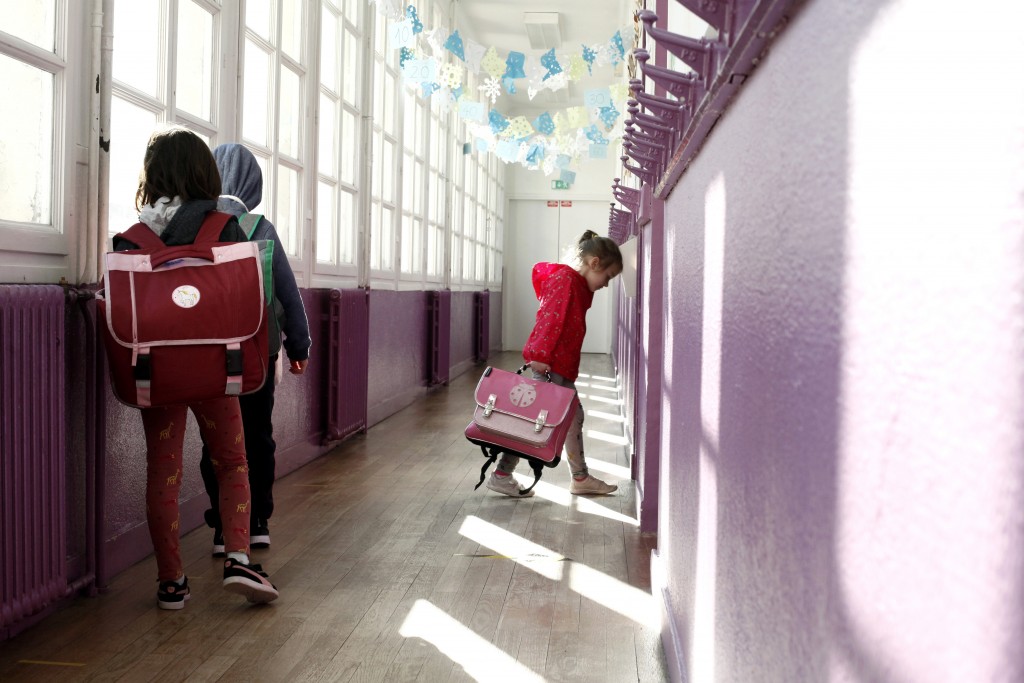 Europe reopened more widely on Monday, allowing people into the Acropolis in Greece, shops in Italy, markets and museums in Belgium, golf courses in Ireland and beer gardens in Bavaria while its leaders discussed how to salvage hallowed summer vacations.

New infections and deaths have slowed considerably in Europe, where some countries started easing lockdowns a month ago and even the harshest shutdowns — such as those in Italy and Spain — have loosened significantly. Many nations are now preparing to open their borders next month, trying to sketch out the parameters for a highly unusual summer tourist season.

Here are some of AP’s top stories Monday on the world’s coronavirus pandemic. Follow APNews.com/VirusOutbreak for updates through the day and APNews.com/UnderstandingtheOutbreak for stories explaining some of its complexities.

— Chinese President Xi Jinping says China will provide $2 billion over two years to help with the response to the coronavirus pandemic. Xi’s announcement by videoconference at the start of the World Health Organization’s annual assembly marks a sharp contrast to the United States: The Trump administration has announced a suspension of its funding for WHO over its alleged mishandling of the outbreak and praise of China’s response.

— A Canadian aerobatic jet crashed into a British Columbia neighborhood during a flyover intended to boost morale during the pandemic, killing one crew member, seriously injuring another and setting a house on fire. Video appeared to show the plane’s crew ejecting.

— Australia’s foreign minister welcomed international support for an independent coronavirus pandemic investigation, which has been condemned by China and blamed for a bilateral trade rift. The European Union has drafted a resolution, cosponsored by dozens of countries including Australia, which calls for an evaluation of the origins of the pandemic and responses to the virus.

— Just one week after a third of French schoolchildren went back to school in an easing of the coronavirus lockdown, there’s been a worrying flareup of about 70 COVID-19 cases linked to schools. Some schools were opened last week and 150,000 junior high students went back to the classroom Monday as further restrictions were loosened by the government.

WHAT YOU NEED TO KNOW:

For most people, the coronavirus causes mild or moderate symptoms, such as fever and cough that clear up in two to three weeks. For some, especially older adults and people with existing health problems, it can cause more severe illness, including pneumonia and death. The vast majority of people recover.

Here are the symptoms of the virus compared with the common flu.

One of the best ways to prevent spread of the virus is washing your hands with soap and water. The U.S. Centers for Disease Control and Prevention recommends first washing with warm or cold water and then lathering soap for 20 seconds to get it on the backs of hands, between fingers and under fingernails before rinsing off.

You should wash your phone, too. Here’s how.

TRACKING THE VIRUS: Drill down and zoom in at the individual county level, and you can access numbers that will show you the situation where you are, and where loved ones or people you’re worried about live.

— 5,242: India recorded its biggest single-day surge in coronavirus cases on Monday, attributed largely to migrant workers returning home after losing their jobs in India’s population centers. The 5,242 new cases and 157 deaths due to COVID-19 in the last 24 hours took the country’s infection tally to more than 96,000, the most in Asia. It now has 3,029 fatalities.

— WEDDING GIFTS: They had dreams for a grand wedding, but Sri Lankan newlyweds instead celebrated their love by feeding the poor. After registering the marriage with a few close family and friends, Darshana Kumara Wijenarayana and his fiance, Pawani Rasanga, visited 50 households with boxes of food, each containing rice, sugar, tea powder, onion, potatoes, lentils, salt, soybeans and noodles.

— MANNEQUIN REMORSE: A South Korean soccer club has apologized after being accused of putting sex dolls in empty seats during a match played without spectators because of the coronavirus pandemic. FC Seoul expressed “sincere remorse” over the controversy, but it insisted in a statement that it used mannequins — not sex dolls — to mimic a home crowd during Sunday’s 1-0 win over Gwangju FC at the Seoul World Cup Stadium.