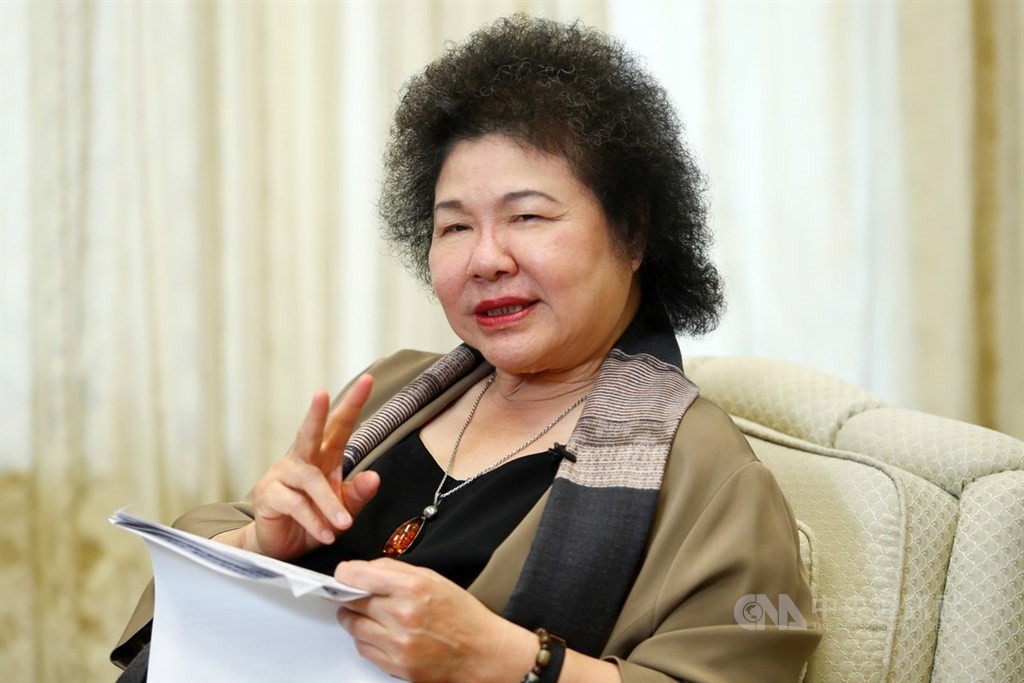 TAIPEI (Taiwan News) — Presidential Secretary-General Chen Chu (陳菊) took to Facebook Sunday night (May 17) to announce that she is planning to resign from her post one day before Wednesday's inauguration ceremony.

She said that now is the most appropriate time to say goodbye to President Tsai Ing-wen (蔡英文). As Taiwan is about to enter a new phase, Chu believes that the president needs to have more space to assemble the best presidential staff, CNA reported.

Therefore, the former Kaohsiung mayor will leave the position that she has held for two years. Chen did not reveal her next move in the Facebook post.

She wrote that after the colossal defeat in the nine-in-one election of November 2018, the Democratic Progressive Party's morale (DPP) dropped to a new low. The democratic achievements accumulated over decades of sacrifice and struggle faced a crisis, she stated, adding that, “our unity was constantly being torn apart. Our values were under threat like never before.”

Chen went on to say that because President Tsai was under tremendous pressure at that time, she could not stand idly by. She revealed that even in the face of insults and denigration, she was compelled to stay by the president’s side and assist the Tsai administration in winning reelection so as to unite the country and protect democracy.

Chen said that in the 2020 election, the DPP overcame the incredible challenge of winning the presidency for the second time. She added that Taiwanese should be proud that the nation gained international recognition for its successful epidemic response, which was made possible by its “democratic system and pursuit of freedom and human rights.”

Chen noted that although she shared many hardships with President Tsai and Vice President Chen Chien-jen (陳建仁) in the Presidential Palace, she saw many young adults who were enthusiastically engaged in public affairs and undertook the important task of protecting democracy, which made her confident in Taiwan’s future.

Before officially leaving her post, Chen thanked the president for her trust and support, as well as all the partners and staff of the Tsai administration for their cooperative efforts to realize the DPP's commitment to the people of Taiwan.

Chen said that in the future, she will still stand with all Taiwanese to protect the country and strive for a society without fear and intimidation. She also said she hopes that the nation can come together again to support President Tsai.