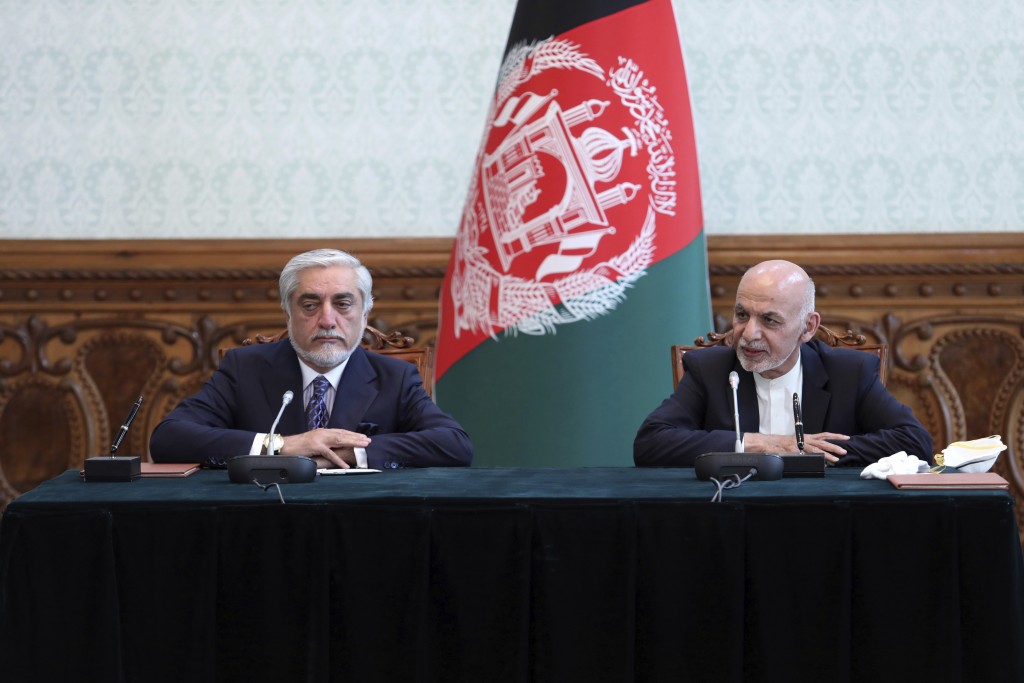 Arif Noori, spokesman for the provincial governor in eastern Ghazni province, said at least 40 intelligence forces were wounded in the attack near Ghazni city, the capital of the province. A number of the wounded are in critical condition, he added.

Noori said the bomber used a stolen military Humvee and targeted the main entrance of the base, detonating his vehicle full of explosives as it had nearly passed the gate.

No one immediately claimed responsibility for the attack, but Taliban are active in Ghazni and have repeatedly claimed attacks in the past.

The attack comes a day after Afghan President Ashraf Ghani and his political rival Abdullah Abdullah signed a power-sharing agreement, two months after both declared themselves the winner of last September’s presidential election.

The political deal would see Ghani remain president of the war-torn nation and Abdullah to lead the country’s National Reconciliation High Council.

Ghani and Abdullah held parallel inauguration ceremonies in March. They have been locked in a power struggle since then and the discord prompted the Trump administration to announce it would cut $1 billion in assistance to Afghanistan if the two weren’t able to work out their differences.

A peace agreement between the U.S. and the Taliban signed Feb. 29 calls for U.S. and NATO troops to leave Afghanistan. It was seen at the time as Afghanistan’s best chance at peace following decades of war.

Since then, the U.S. has been trying to get the Taliban and the Afghan government to begin intra-Afghan negotiations, but the political turmoil and personal acrimony between Ghani and Abdullah impeded talks. Negotiations that were to take place in March never happened.

U.S. Secretary of State Mike Pompeo spoke with the two leaders Sunday, saying he was pleased by their willingness to move toward intra-Afghan negotiations but “regretted the time lost."