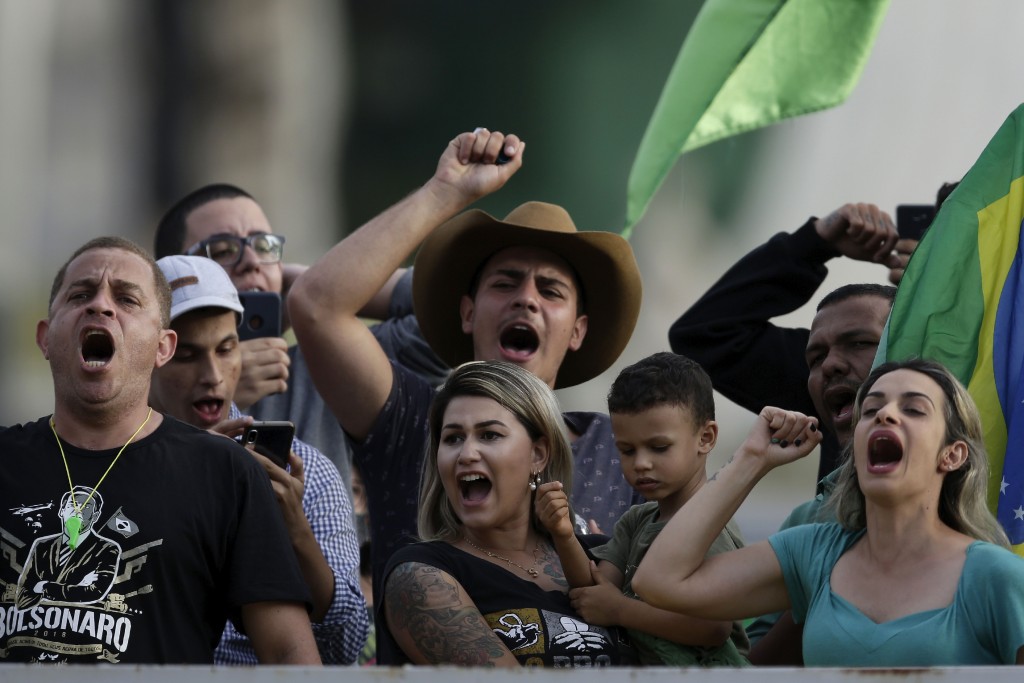 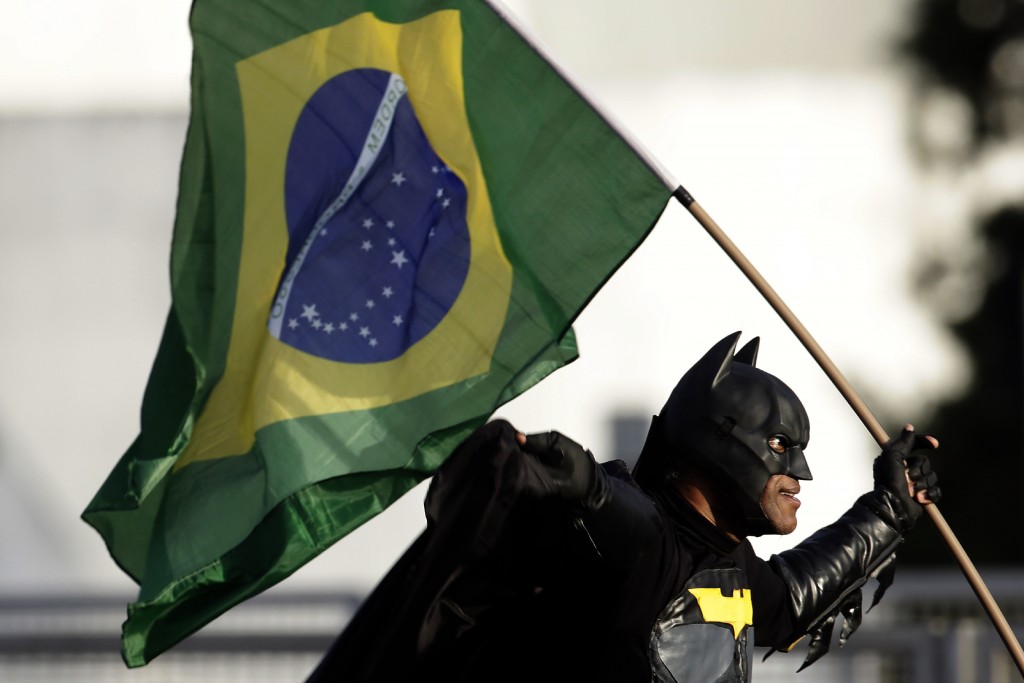 RIO DE JANEIRO (AP) — Brazilian President Jair Bolsonaro greeted hundreds of supporters — and joined some in a series of push-ups — who gathered before the presidential offices Sunday to back his open-the-economy drive even as the coronavirus pandemic sweeps across the country.

Demonstrators in Brasilia and Sao Paulo defied local stay-at-home orders to join the pro-Bolsonaro rallies at a time when the president is facing increasing pressure over his handling of the pandemic, which has killed more than 15,000 Brazilians.

“We hope to be free of this question soon, for the good of all of us,” Bolsonaro told the crowd in Brasilia. “Brazil will come back stronger.”

Bolsonaro later invited a group of about 20 paratroopers, who were taking part in the protest, to join him on the stoop of the presidential office. The men, wearing camouflage trousers, black Bolsonaro t-shirts and red berets, swore allegiance to the president and his family, stretching their right arms, before some joined him in a series of push-ups.

Supporters have gathered daily at the presidential residence, with larger crowds turning out on weekends.

Some display banners denouncing Congress and the Supreme Court, which they believe are part of a plot to derail Bolsonaro's presidency.

Others have called for broader release of chloroquine, an antimalaria drug touted by Bolsonaro as a coronavirus treatment despite a lack of scientific evidence.

“Chloroquine ... I know you save me, in the name of Jesus!,” some sang during Saturday's gathering at the residence.

Health Minister Nelson Teich resigned on Friday, a day after Bolsonaro told business leaders in a videoconference he would ease rules for using chloroquine to treat people infected with the virus. Teich had said the drug was still “an uncertainty,” and warned of its side effects. He had served less than a month.

While many states and cities have renewed their stay-at-home measures or introduced stricter lockdowns, Bolsonaro has campaigned to reopen the economy and get people to go back to work.

In recent days, more than 800 people have been added to the official COVID-19 death toll every 24 hours and experts say the crisis’ peak has yet to hit Latin America’s largest nation.