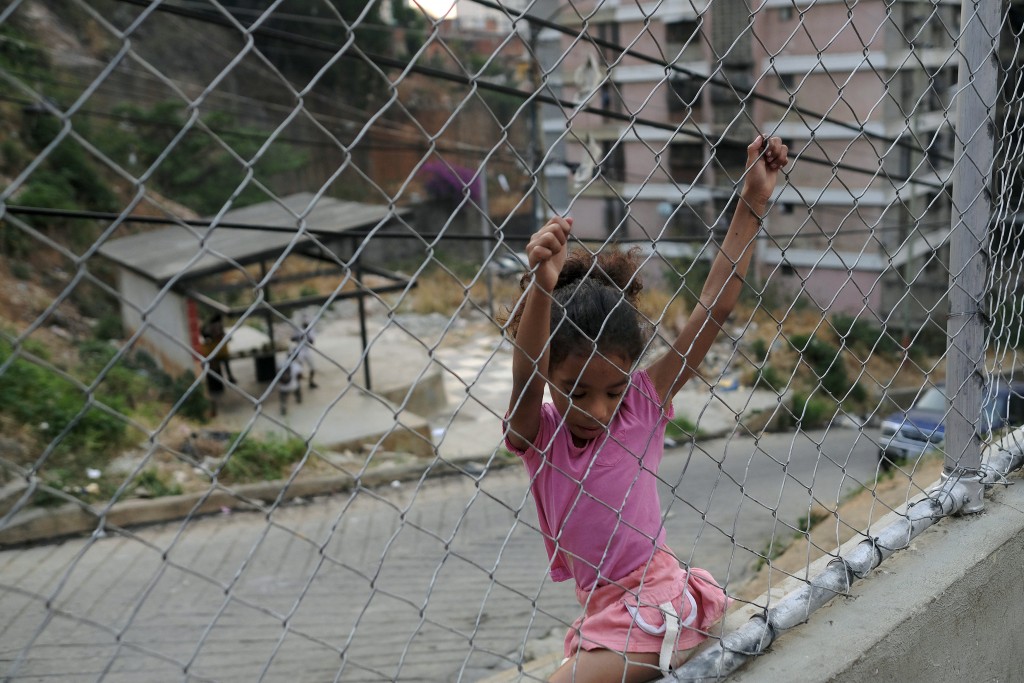 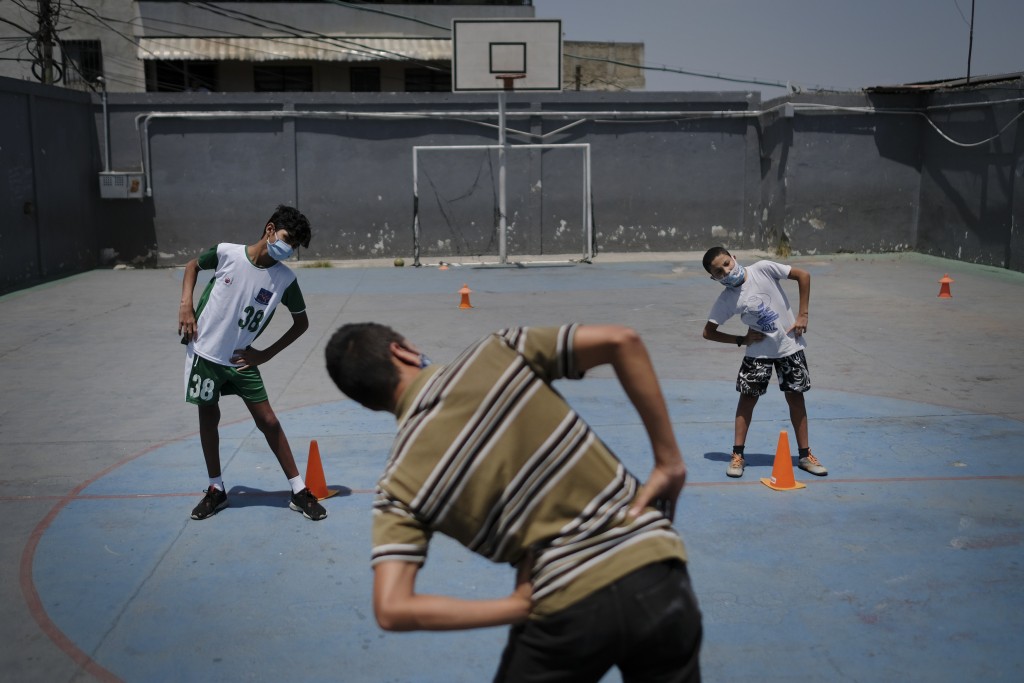 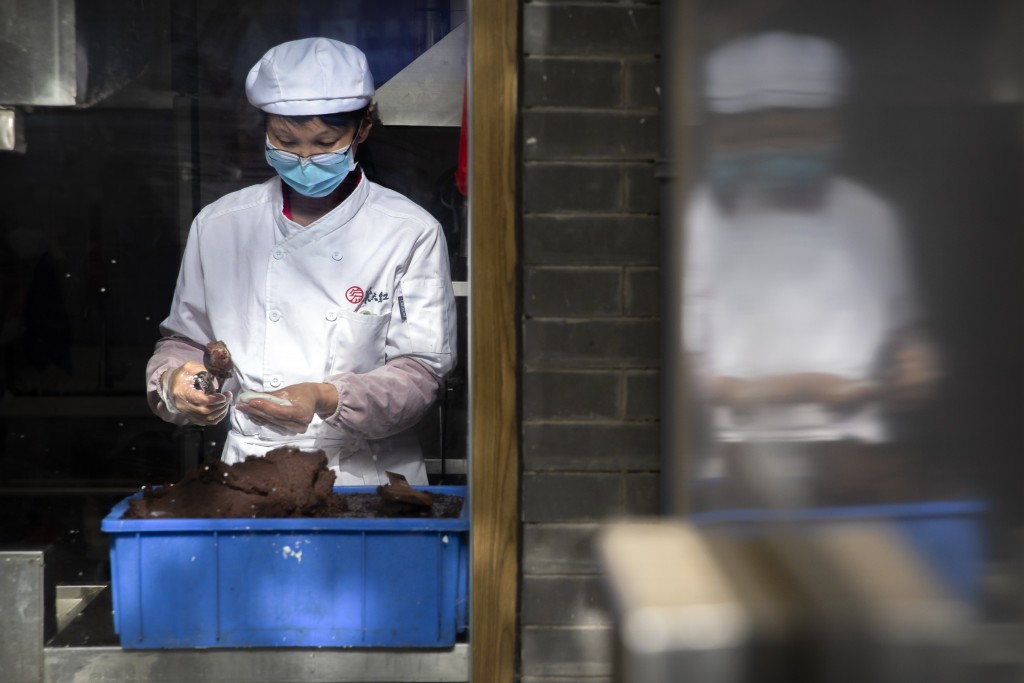 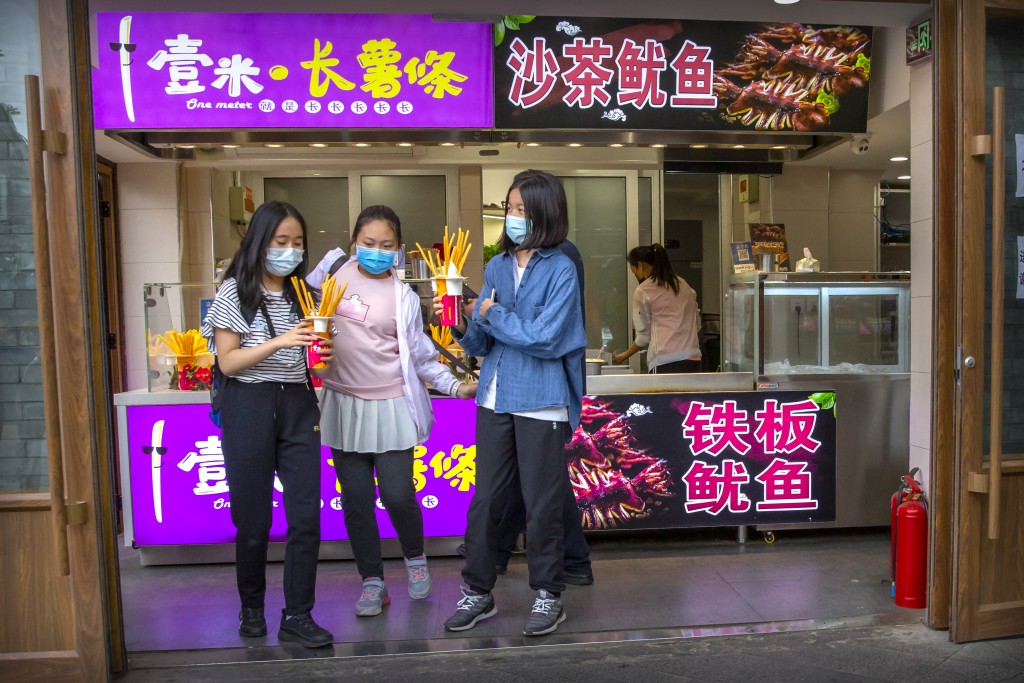 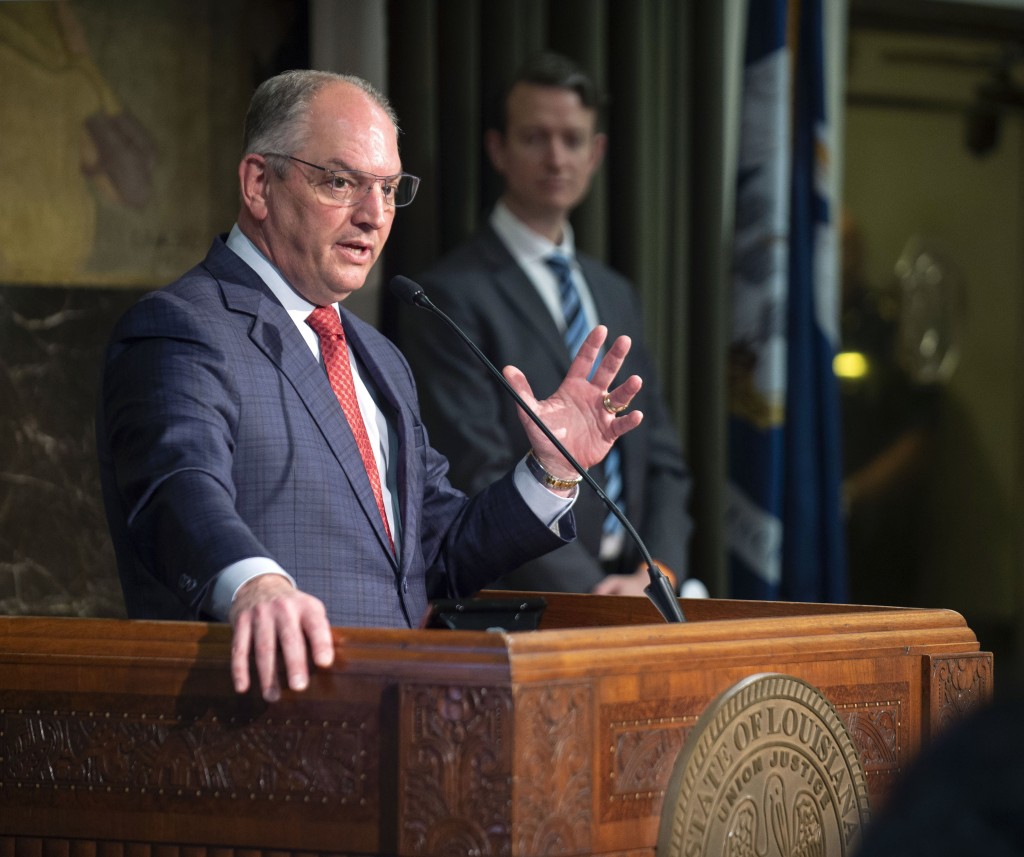 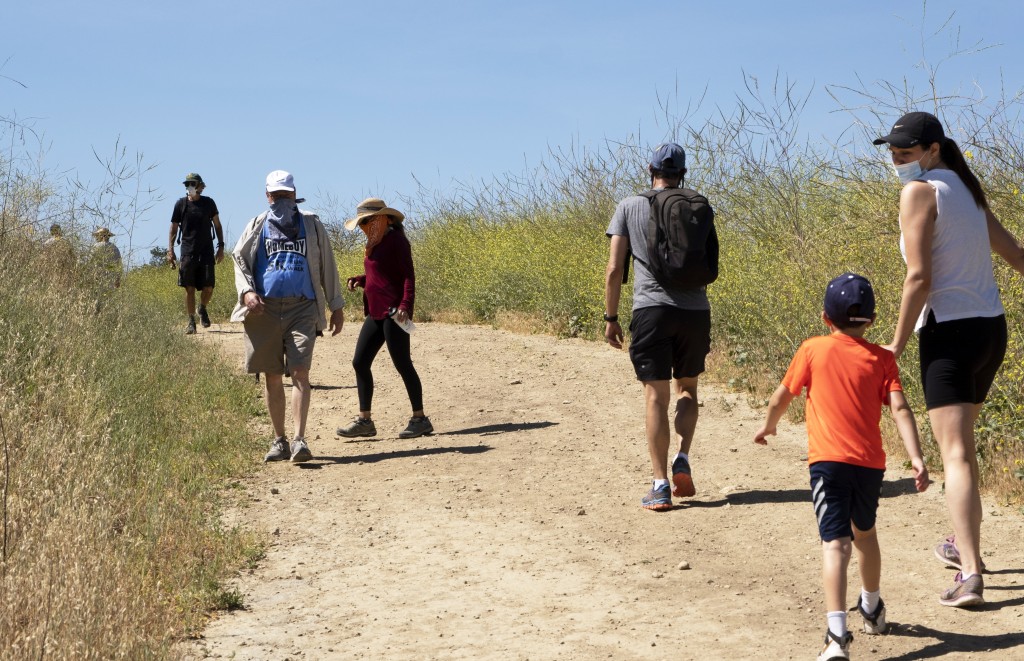 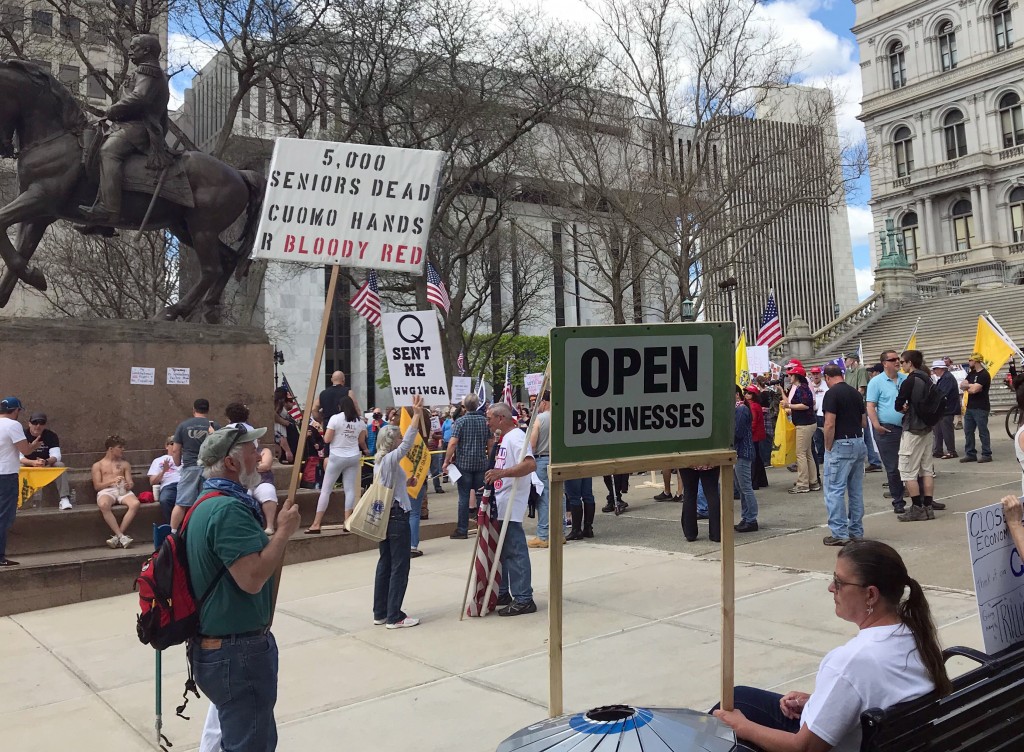 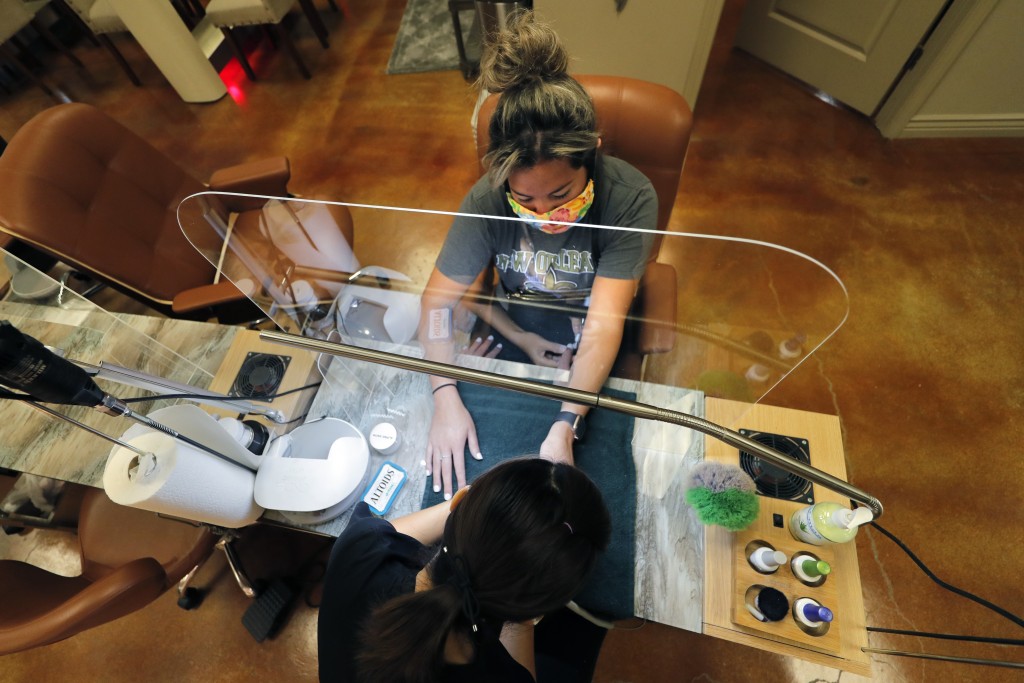 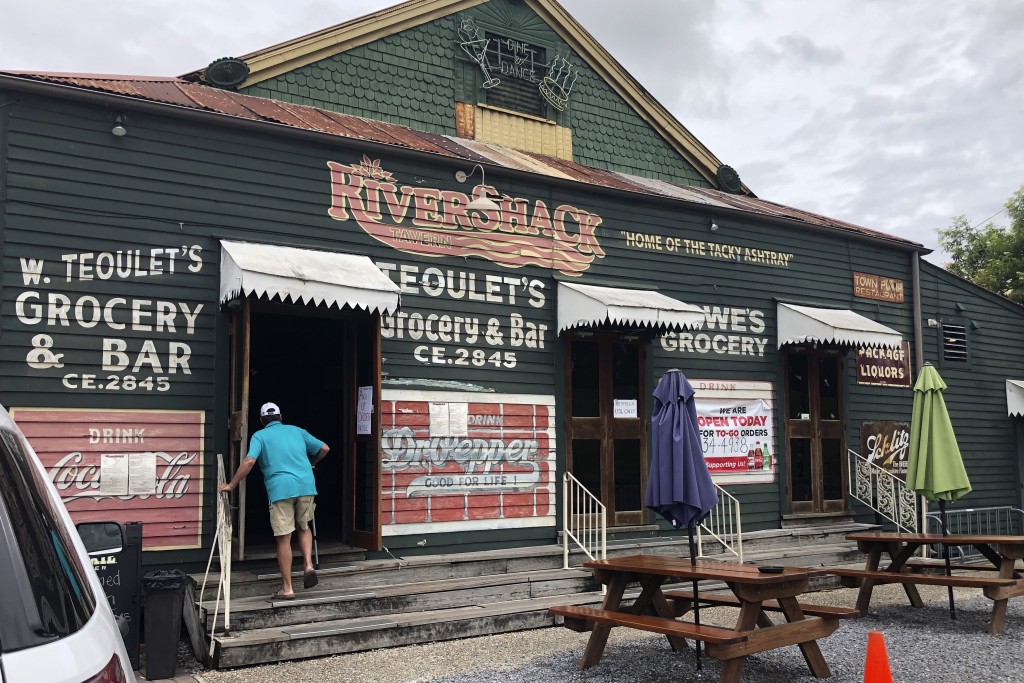 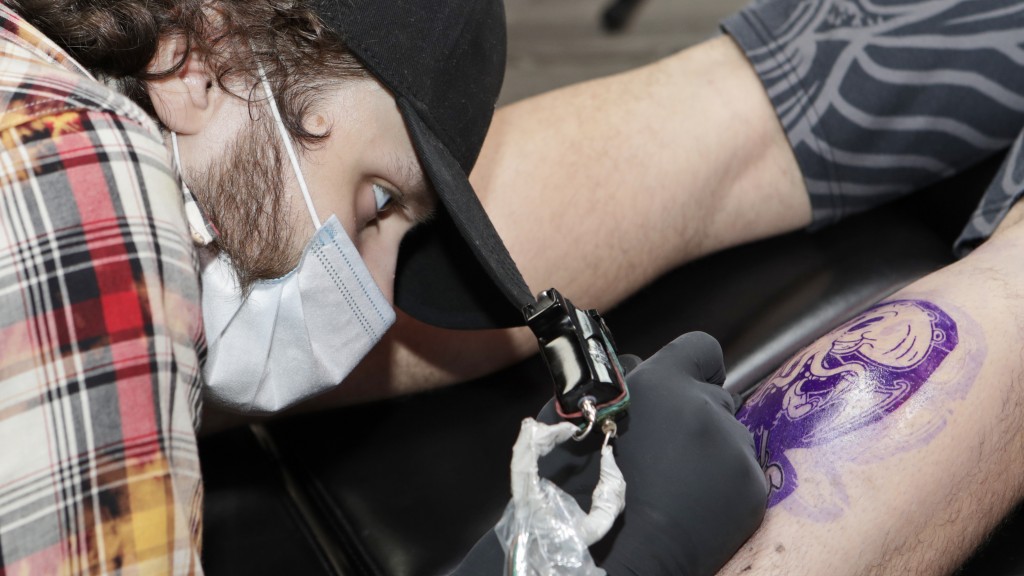 UNITED NATIONS — United Nations Secretary-General Antonio Guterres is warning of the increasing vulnerability of lesbian, gay, bisexual and transgender people during the COVID-19 pandemic on the International Day against Homophobia, Biphobia and Transphobia.

The U.N. chief said in a message marking Sunday’s commemoration that the day comes at a time of great challenge when the world needs to protect the LGBTI community.

Guterres said many LGBTI people who already face bias, attacks and murder “simply for who they are or whom they love ... are experiencing heightened stigma as a result of the virus, as well as new obstacles when seeking health care.”

He said: “There are also reports of COVID-19 directives being misused by police to target LGBTI individuals and organizations.”

“As the pandemic unfolds, the United Nations will continue to highlight these and other injustices, as well as the need for everyone to be protected and included in the response to the crisis,” the secretary-general said. “Together, let us stand united against discrimination and for the right of all to live free and equal in dignity and rights.”

The International Day against Homophobia, Biphobia and Transphobia is observed on May 17 to commemorate the U.N. World Health Organization’s decision to remove homosexuality from the international list of diseases on that date in 1990. The founders urge countries around to world to take actions to raise awareness of LGBT rights and violations.

SEOUL, South Korea __ South Korea has reported 13 new cases of the coronavirus over a 24-hour period, raising hopes that a new outbreak linked to nightclubs in Seoul may be waning.

The additional figures released Sunday by the Korea Centers for Disease Control and Prevention brought the national tally to 11,050 with 262 deaths.

The agency says 9,888 of them have recovered and that 17,660 were under tests to determine whether they’ve contracted the virus.

After weeks of a slowdown of new cases, South Korea’s daily jump marked an average of about 30 for several days, mostly associated with nightclubs in Seoul’s Itaewon entertainment district. But the daily increase marked 19 on Saturday.

The disease control agency didn’t immediately say how many of the 13 new cases were linked to nightlife spots in Itaewon.

OROVILLE, Calif. -- A person who attended a religious service on Mother’s Day has tested positive for the coronavirus, possibly exposing it to more than 180 members of a congregation.

The church in Butte County, north of Sacramento, chose to open its doors despite rules banning gatherings of any size, county public health officials said in a statement Friday.

“Moving too quickly through the reopening process cancause a major setback and could require us to revert back to more restrictive measures,” the statement said.

Most people with the virus experience fever and cough for up to three weeks. Older adults and people with existing health problems can face severe illness, including pneumonia, and death. The vast majority recover.

SYDNEY — Opera singer Jane Ede will perform Monday for the first time since the coronavirus pandemic forced the cancellation of live shows, but in an unusual location.

Ede, Opera Australia’s principal soprano, will join several other musicians for about 450 guests who have spent two weeks in government-ordered hotel quarantine after returning from overseas locations.

The audience, on their last night in quarantine, will be able to watch the courtyard performance from their balconies, or on their in-room televisions or devices.

“It’s really just to sort of bring everyone together and it will be quite an uplifting concert to sort of have a moment of connection and celebration before they end their quarantine,” Ede said.

For the soprano, who has starred in productions of The Marriage of Figaro, La Boheme, Don Giovanni and Falstaff among many others, it will be her first live performance since March.

“It will be lovely just to have a really good sing again,” Ede said.

Vice President Delcy Rodriguez said Saturday that the 45 new cases bring Venezuela’s total to 504 illnesses, with 10 resulting in death. Officials have reported a relatively low number of cases since the first were discovered in mid-March.

While Venezuela has reported relatively few cases so far, health experts say its hospitals are especially vulnerable to being overwhelmed. Venezuela is in a deep political and economic crisis that has left its health care system in a shamble.

President Nicolás Maduro ordered a nationwide lockdown shortly after the first cases, and he recently extended it until mid-June, hoping to contain the virus’ spread.

Officials say that 35 of Saturday’s cases involved people returning to Venezuela, including several on a flight from Peru.

BEIJING — China on Sunday reported five new cases of coronavirus, as the commercial hub of Shanghai announced the restart of classes for kindergarteners, first-, second- and third-graders from June 2.

Also, airlines say they have seen a revival of flights.

Of the new cases, two were imported and three were domestic infections in the northeastern province of Jilin that has seen a small spike in cases of unknown origin.

In Shanghai, students retain the option of continuing to follow classes online rather than facing virus testing and social distancing measures to be imposed at schools. As in Beijing and other cities, Shanghai has already re-started classes for middle and high school students preparing for exams.

No new deaths have been reported for the past month, but Jilin added one fatality retroactively, bringing China’s total to 4,634 out of 82,947 cases reported since the outbreak was first detected in the central city of Wuhan late last year. Just 86 people remain hospitalized for treatment of COVID-19 while another 519 people are in supervised isolation for showing signs of the virus or having tested positive without displaying symptoms.

Meanwhile, the number of domestic flights has returned to 60 percent of pre-outbreak levels, exceeding 10,000 per day for the first time since Feb. 1, the country’s civil aviation regulator reported. The number of flight hit 10,262 on Friday, up from a low of 3,931 flights on Feb. 13, the Civil Aviation Administration of China said. No passenger numbers were given.

ATLANTA — Outdoor exhibits along a one-way flow for visitors at Zoo Atlanta opened Saturday for the first time since mid-March, but indoor habitats, rides, playgrounds and other attractions remain closed because of COVID-19.

The Atlanta Journal-Constitution reports the zoo is limiting the number of visitors by requiring them to make reservations with specific times to enter the park.

Zoo employees had to answer a health survey and have their temperatures taken before returning to work.

Zoo Atlanta deputy director Hayley Murphy says disinfectant is used on the grounds every 60 to 90 minutes and every hour in restrooms.

BATON ROUGE, La. — Louisiana Gov. John Bel Edwards’ proposal to close a $1 billion budget gap caused by the coronavirus pandemic would avoid deep cuts to health care and education programs by relying on hundreds of millions in federal relief aid and a portion of the state’s “rainy day” fund.

Under the plan offered by Edwards, Louisiana would use nearly $1.2 billion in federal assistance approved by Congress to respond to the pandemic and about $90 million from the rainy day fund to fill most of the gaps in the state’s $30 billion-plus budget.

The recommendations would require only modest reductions in the financial year that begins July 1. The free college tuition program, K-12 schools and the social services department would be spared cuts entirely, though college campuses and health programs would take hits.

WASHINGTON — Eight more sailors aboard the USS Theodore Roosevelt have tested positive a second time for the new coronavirus, raising to 13 the number who appear to have become infected again while serving aboard the sidelined aircraft carrier.

All the sailors had previously tested positive and had gone through at least two weeks of isolation. Before they were allowed to go back to the ship, all had to test negative twice in a row, with the tests separated by at least a day or two.

SANTA FE, N.M. — The loosening of some restrictions imposed on nonessential businesses by New Mexico’s governor to slow the coronavirus outbreak’s spread took effect Saturday, along with a new edict that people wear masks in public under most circumstances.

The loosening of restrictions applied to most of the state but not in the northwest region, where much of the outbreak is centered. Retailers and many services, along with houses of worship, can reopen at limited capacity.

Gov. Michelle Lujan Grisham ordered that face masks be worn in public, except with exceptions that include eating, drinking and exercising.

SEATTLE — The number of deaths in Washington state because of the new coronavirus has reached 1,000.

The Washington State Department of Health on Saturday added eight more deaths and listed the total number of confirmed cases at 18,288.

The first confirmed case of COVID-19 in the U.S. was in the state on Jan. 20 when a man tested positive. He had been traveling in Wuhan, China, where the outbreak appears to have originated and had returned to the Seattle area five days earlier.

The Seattle area also saw the nation’s first deadly coronavirus cluster at a nursing home. The Life Care Center of Kirkland was linked to more than 40 deaths.

SAN FRANCISCO -- More parks and hiking trails welcomed visitors again in California, and one city declared itself a “sanctuary” from the state’s stay-at-home order as diverse regions carved their own path toward reopening.

Officials in Atwater, a city of 30,000 in central California, unanimously agreed not to enforce a nearly 2-month-old order intended to slow the spread of the new coronavirus. That means local authorities won’t interfere with any business or church that decides to reopen ahead of state restrictions.

The declaration was a symbolic gesture of defiance against Gov. Gavin Newson’s order, and the city’s mayor cautioned that businesses were taking their own risks by reopening.

California is moving through the second phase of relaxing its restrictions. Businesses deemed lower risk have been gradually allowed to reopen, with retailers offering curbside pickup.

Saturday’s figures have taken the country’s tally to 2,289 confirmed cases, including 97 fatalities, the ministry said. A total of 222 were discharged after recovering.

Most of the country’s COVID-19 patients were in the capital, Khartoum where authorities imposed round-the-clock curfew in April to stem the spread of the virus.

Sudan’s health care system has been weakened by decades of war and sanctions. The country is still reeling from last year’s uprising that toppled longtime ruler Omar al-Bashir.