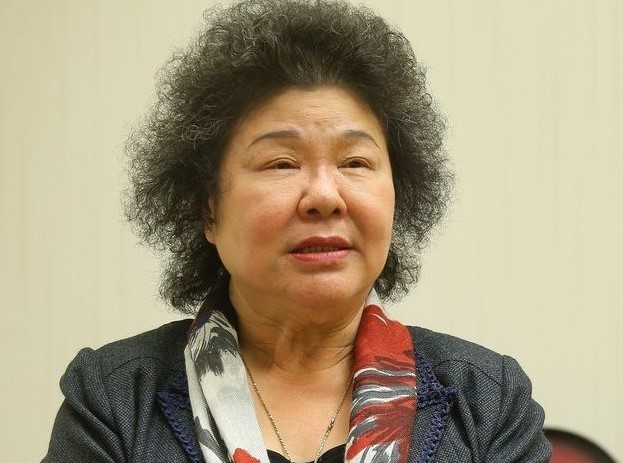 TAIPEI (Taiwan News) — As President Tsai Ing-wen (蔡英文) prepares to be sworn in for her second term, it was revealed Saturday (May 16) that Chen Chu (陳菊), the secretary-general of the Tsai administration, would resign the day before the inauguration ceremony on Wednesday (May 20), according to a person familiar with the situation.

The individual said that Chen would explain her decision on Facebook Sunday night (May 17) and address the rumor she would be replaced by President of the Legislative Yuan Su Chia-chuan (蘇嘉全). The post would also cover the question of future assignments, CNA reported the individual as saying.

In response to the rumor that Chen would be nominated by the president and serve as the next Control Yuan head, DPP caucus whip Ker Chien-ming (柯建銘) said the functions of the supervisory institute would be adjusted. In the future, the president of the Control Yuan would also serve as chair of the National Human Rights Commission, Ker said, adding that the amendment was passed on the 40th anniversary of the Meilidao incident on Dec. 10 last year, Human Rights Day.

Ker noted that Chen has experienced exile, arrest, and trial, and worked for freedom, democracy, and human rights for many years. She witnessed Taiwan’s chaotic path towards democracy and is the only former Meilidao incident prisoner still holding a government position.

Ker opined that if anyone was to serve as president of the Control Yuan and first chairman of the National Human Rights Commission, Chen would be the only suitable candidate.