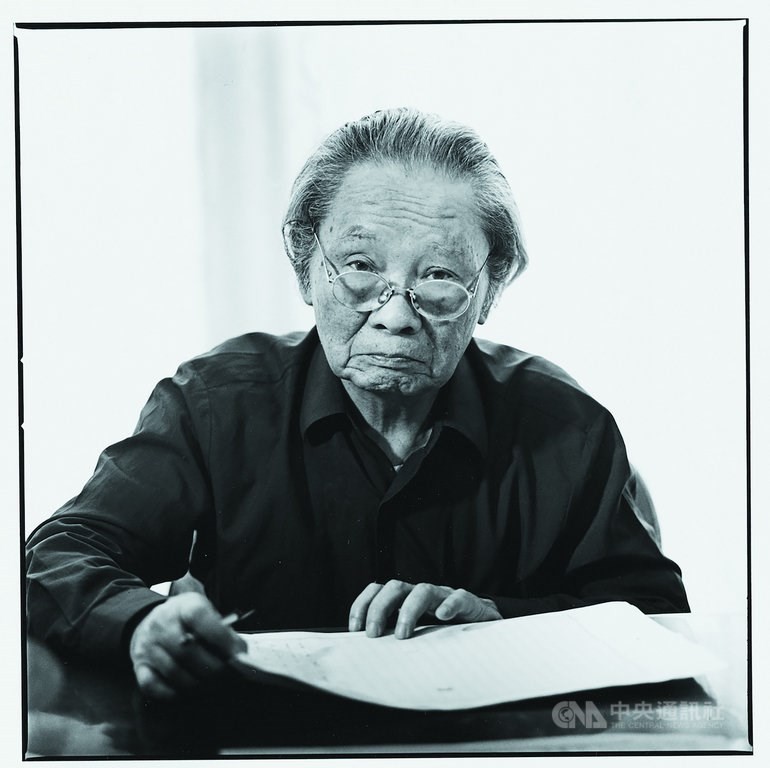 A doyen of Taiwan's "nativist literature movement" Chung Chao-cheng (鍾肇政) passed away at his home in Taoyuan City Saturday, according to his family. He was 96.

Chung Yen-wei said despite his father's old age, he was in relative stable health over the years. The family is deeply saddened and shocked by Chung's sudden passing and is now preparing his funeral.

Born in Taoyuan's Longtan district in 1925 during Japanese rule, Chung was widely considered the doyen of Taiwan's "nativist literature movement," who was most famous for his works, "The Dull Ice Flower (魯冰花)," "the Turbid Waters Trilogy" (濁流三部曲) and "the Taiwanese Trilogy" (台灣人三部曲).

His classics of Taiwanese literature depicts the lives and fates of Taiwanese against the background of post-World War II Taiwan, following the end of the Japanese colonial period.

In mourning the passing of Chung, President Tsai Ing-wen(蔡英文) expressed condolence to his family and said the passing of the nonagenarian literati is a great loss to the nation's literary circle.

In a Facebook post, Tsai also praised Chung, an ethnic Hakka, for playing an import role in promoting Hakka culture and Taiwanese literature.

Chung and other writers of his time had jointly published a regular newsletter in the post WWII era, the Literary Bulletin -- a periodical that proved essential to young and aspiring writers of that time, according to Tsai.

Tsai said she will always remember Chung as an elder who saw her as his own child. She pledged to bear Chung's teaching in mind to continue the promotion of Hakka and Taiwanese culture so that Chung's legacy will last for generations to come.

Asked to comment on Chung's legacy, writer Chen Fang-ming (陳芳明) told CNA that Chung had a tremendous impact toward the development of Taiwanese literature.
Chung had played an crucial rule during the transitional period in the 1950s after the Kuomintang (KMT) had just taken over the governing of Taiwan from Japan at the end of Japanese colonial rule, according to Chen.

At that time, most Taiwanese could only speak Japanese and very few people could speak Mandarin, let alone write in the Chinese language. Chung was one of a handful of native Taiwanese writers of that time that can.

Aside from focusing on his own works, Chung also published the Literary Bulletin that offered a platform for Taiwanese writers to publish their works.

Chung's works had faithfully recorded the everyday lives of Taiwanese people of his time which showed his deep connection and affection toward his homeland, Chen noted.

The Hakka Affairs Council, meanwhile, remembered Chung as not only a prolific writer but a devoted promoter of Hakka affairs who helped promote the awareness of Hakka culture to a national level, which successfully led to the creation in the 1990s of a dedicated Hakka language radio station.