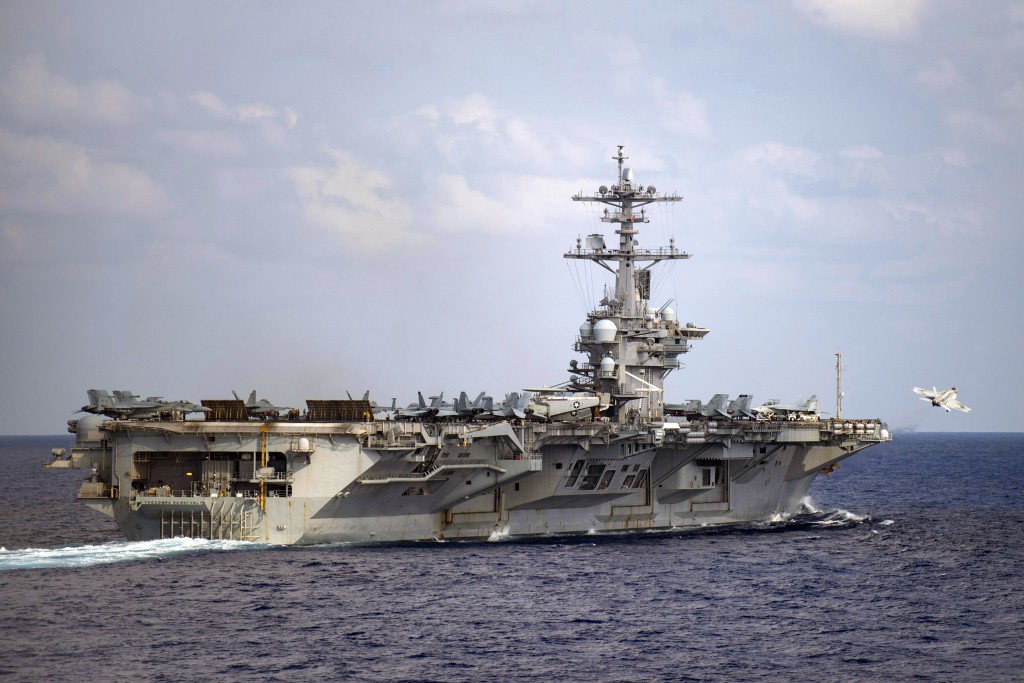 WASHINGTON (AP) — Eight more sailors aboard the USS Theodore Roosevelt have tested positive again for the coronavirus, raising to 13 the number who appear to have become infected a second time while serving aboard the sidelined aircraft carrier.

All the sailors had previously tested positive for the virus and had gone through at least two weeks of isolation. Before they were allowed to go back to the ship, all had to test negative twice in a row, with the tests separated by at least a day or two.

That some crew were testing positive again has puzzled officials and raised questions about reintegrating troops into the military if a second infection were possible.

Also questioned was the accuracy of testing itself. In some cases infection can be at such a low level that it is not detected by the test, which could mean there were no relapses. Also, people could be cleared though their virus levels were too low for detection.

The outbreak aboard the Roosevelt was discovered in March. In port in Guam since then, the ship sent more than 4,000 of its 4,800 crew members ashore for quarantine or isolation. Earlier this month hundreds of sailors began returning to the ship, in coordinated waves, to prepare to set sail again.