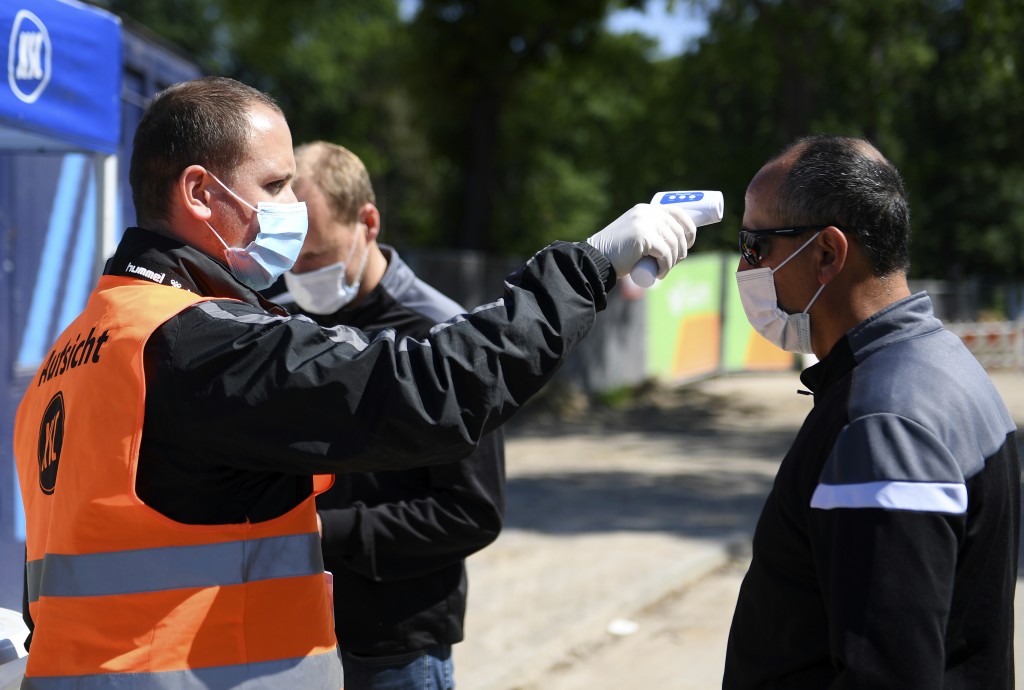 BERLIN (AP) — Professional soccer resumed in Germany after a two-month break with four games in the second division on Saturday taking place behind closed doors.

South Korea midfielder Lee Jae-sung scored the first goal in the division to give Holstein Kiel the lead at Jahn Regensburg. He celebrated by giving teammates fist bumps.

The games were the first since soccer was put on hold March 13 due to the coronavirus pandemic, and they were being played in empty stadiums amid strict hygiene measures.

Goal celebrations in other games were also marked by fist bumps and elbow-to-elbow touching. Players had been warned to keep their emotions in check, and to desist from spitting, handshakes and hugging.

All players and team staff who didn’t start games wore masks. Substitutes took their positions in the stands, rather than beside the fields as customary.

The Bundesliga was due to resume later Saturday, also without fans, with the Ruhr derby between Borussia Dortmund and Schalke the highlight.

The game’s authorities were keen to restart the country’s top two divisions with several clubs, including Schalke, facing severe financial difficulties because of the pandemic-enforced suspension in play.