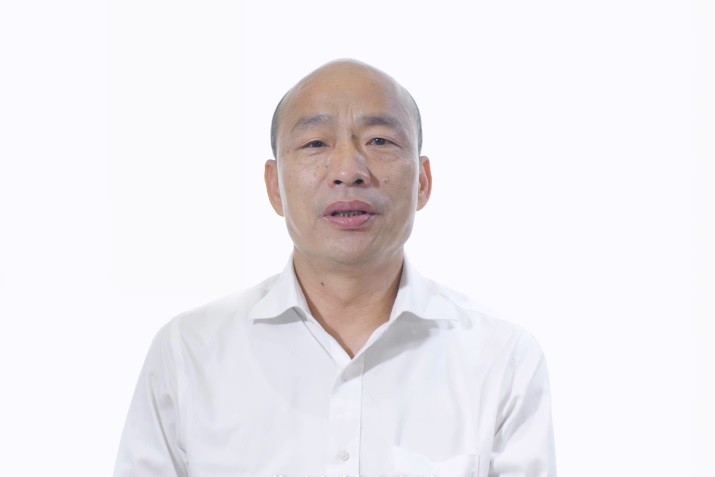 TAIPEI (Taiwan News) — Kaohsiung Mayor Han Kuo-yu (韓國瑜), facing a recall vote early next month, is calling on his supporters not to turn out to polling stations.

The Kuomintang (KMT) mayor has previously refrained from making any direct comments on the months-long campaign to unseat him. Nevertheless, he has attempted to take legal action to halt the recall vote after the Central Election Commission approved it in mid-April.

In a video clip that was published via his Facebook on Friday evening (May 15), Han responded to the recall action for the first time, urging his supporters not to take part in the vote scheduled for June 6. The 62-year-old mayor instead asked those who support him to monitor the vote-counting process after the polls close at 4 p.m.

Han also asked non-Kaohsiung residents who are supporters not to visit the city on election day, for fear it could create “more space for imagination.” “Care for Han Kuo-yu but don’t put it into action,” said the mayor, dressed in a white shirt, appearing calm and relaxed.

Han said he “personally respects fully” the public’s right to vote and to recall, but he argued that Kaohsiung residents should appreciate how hard his city government team has worked over the past 18 months. In concluding his brief talk, the mayor said he is confident of Kaohsiung's future development.

The recall motion began taking shape last summer after Han announced his bid for the presidency, breaking a promise he made during his mayoral campaign in 2018. Even though the mayor has largely kept a low profile following a bruising loss to President Tsai Ing-wen (蔡英文) in January’s presidential election, the movement initiated by civil groups and the pro-independence Taiwan Statebuilding Party to recall Han has not ebbed with time.

If the recall vote succeeds, Han will be the first municipal leader in the history of Taiwan elections to be ousted directly by the electorate. It is, however, not easy, as at least 570,000 Kaohsiung residents, or one-quarter of the city’s 2.28 million eligible voters, have to vote in favor of recalling Han to succeed.