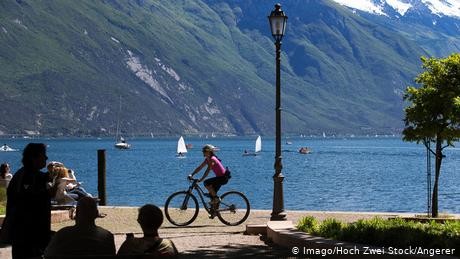 Italy will allow travel to and from abroad starting on June 3, the government announced late Friday night.

According to the decree approved by Italy's Cabinet, restrictions will also be lifted on travel within Italy — meaning residents will once again be allowed to freely travel from region to region.

Restrictions on movement within regions will end earlier on May 18. The statement stressed, however, that local and state governments can curb travel in certain areas if there is a spike in new infections.

Some regions urged Prime Minister Giuseppe Conte to roll back the restrictions sooner, but Conte has pushed for a gradual rollback of restrictions to prevent a second wave.

The current curbs will stay in place until after Italy's Republic Day holiday on June 2 to prevent mass travel over the holiday weekend.

It was not immediately clear from the government's decree whether the measures were limited to European Union residents, but Italian media reported earlier on Friday that the decree would apply to people within the EU and Europe's visa-free Schengen area.

Government sources told the daily La Repubblica and news agency Adnkronos that it will not be mandatory for travelers to self-quarantine upon entering Italy after June 3.

The government's statement, however, did not mention what health and safety measures would be expected of travelers.

The announcement was a major move for Italy as it seeks to reopen its tourism industry and salvage some of the summer vacation season.

Italy became the epicenter of the coronavirus in Europe in late February, enacting one of the world's strictest coronavirus lockdowns.

The country has the third-highest death toll in the world after the US and the UK, with over 31,600 fatalities due to the virus, although new COVID-19 cases have been steadily dropping.

Germany aims to reopen borders - what you need to know