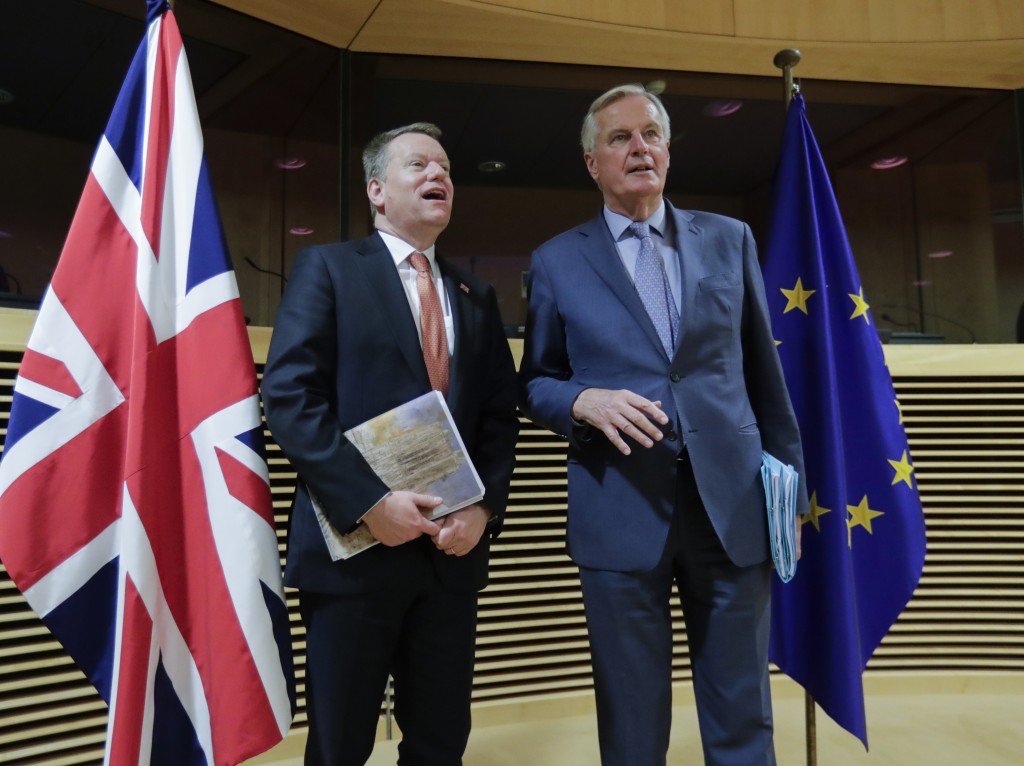 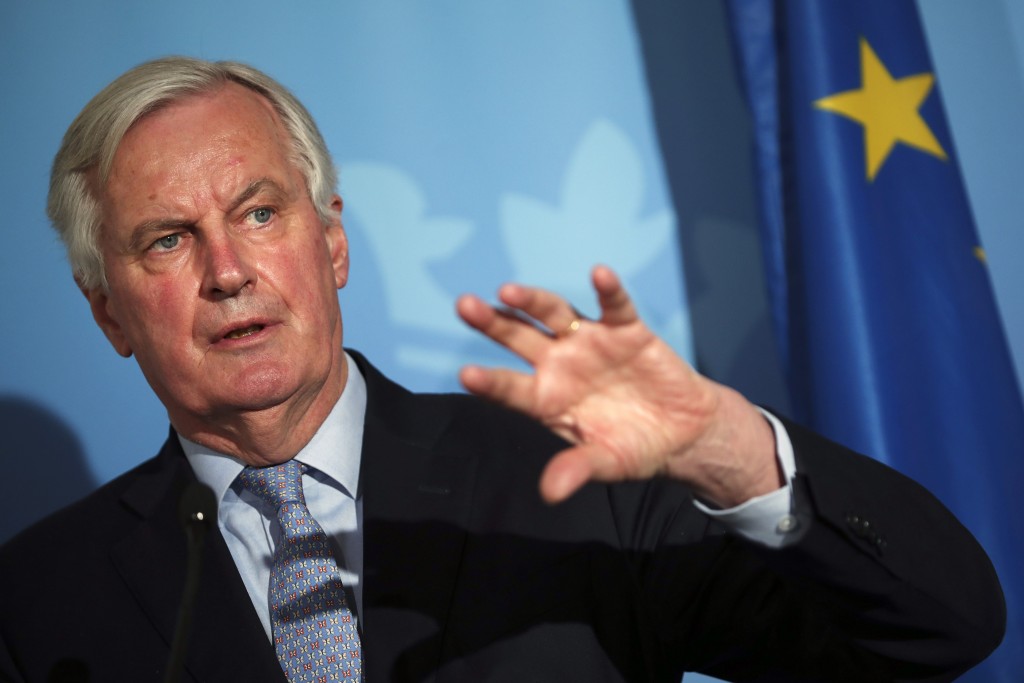 BRUSSELS (AP) — Talks between the European Union and the United Kingdom on their future relationship in the wake of Brexit have ground to a near-standstill despite the urgency for progress before a summit next month.

The U.K.'s chief negotiator, David Frost, said in a statement Friday that “we have made very little progress towards agreement on the most significant outstanding issues."

The two sides remain at odds over a range of key issues including fishing and the role of high courts in settling future disputes.

A third week-long negotiation session drew to a close Friday, but so far, just over 100 days after the U.K.‘s official exit from the EU, fundamental gaps are still yawning.

“It is hard to understand why the EU insists on an ideological approach which makes it more difficult to reach a mutually beneficial agreement," Frost said.

EU negotiator Michel Barnier later told a news conference in Brussels that “there was no progress on all the most difficult issues."

In little over a month, the EU leaders and U.K. Prime Minister Boris Johnson are scheduled to have a summit, likely on video, to take stock of the talks’ progress.

Britain officially left the 27-nation bloc on Jan. 31, but remains within the EU’s economic and regulatory orbit until the end of the year. The two sides have until then to work out a new relationship covering trade, security and a host of other issues — or face a chaotic split that would be economically disruptive for both sides, but especially for the U.K.

The U.K.-EU divorce agreement allows for the deadline to be extended by two years, but Johnson’s government insists it won't lengthen the transition period beyond Dec. 31.

Most trade deals take years to negotiate, so finishing something as fundamental as this in 11 months would be a Herculean task at the best of times. Many politicians, experts and diplomats believe it is impossible during a pandemic that has focused governments’ resources on preserving public health and averting economic collapse.

If no deal on their future relationship is agreed by then, a cliff-edge economic departure would loom again for Britain, with uncertainly over customs rules, airline slots, financial regulation and other standards.

Both sides are already facing a serious recession because of the pandemic and a chaotic split on Dec. 31 wouldn’t help.