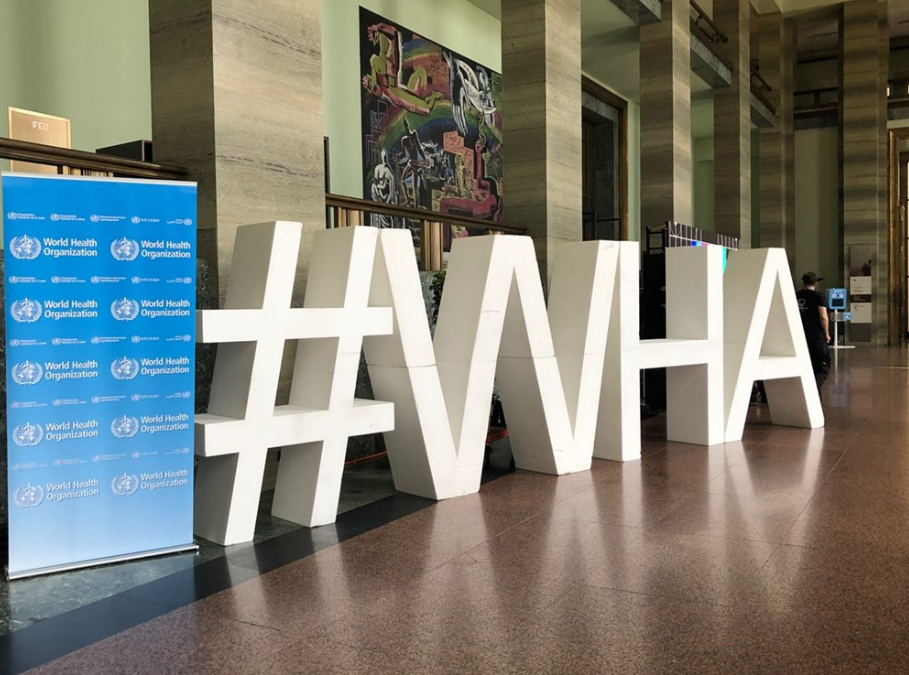 KAOHSIUNG (Taiwan News) – On Monday (May 18), the World Health Organization (WHO) will hold its 73rd World Health Assembly (WHA). The event will take place in Geneva but most representatives will attend online.

This is due to the largest public health crisis to sweep the planet in more than a century. It has forced much of the world into lockdown and has already cost hundred of thousands of lives around the world.

It promises to be a difficult WHA for the WHO because its response to the virus has been very poor. In fact, there is a mounting body of evidence to support the argument that its collusion with communist China in covering up the outbreak has actually made the situation a whole lot worse.

But before the first WHA session even begins, the WHO has to deal with an issue that threatens to overshadow the whole event: Taiwan’s participation.

Let’s compare and contrast the response of the WHO and Taiwan to the Wuhan coronavirus pandemic.

Taiwan first wrote to the WHO expressing concern about human-to-human transmission of Wuhan Coronavirus in late December 2019. The WHO appears to have completely ignored this early warning and certainly never bothered to send a reply.

By January, Taiwan was also screening visitors, stopping some flights from affected areas, and implementing the testing and contact-tracing regime that would be so successful in controlling the outbreak. Taiwan closed schools and many offices for a two-week period after the Chinese New Year holiday.

This was a time when many people traveled and met with people outside their households and was, therefore, the period of maximum risk. This temporary measure proved very successful.

In mid-January, the WHO issued a tweet backing the Communist Party of China’s (CCP) now widely discredited research. It stated categorically there was no evidence of human-to-human transmission of coronavirus.

The ineffectual WHO Director-General, Tedros Adhanom Ghebreyesus urged the world not to restrict travel to and from China for risk of “stigmatizing” the country. This tweet and such dangerous advice sums up how the WHO took everything the CCP claimed about the outbreak at face value.

The whole world is now suffering the consequences of its slavish acceptance of the CCP’s lies. Throughout March and April, Taiwan was one of the few countries in the world that didn't have to shut down its entire economy and implement a lockdown.

At the time of writing, confirmed cases of Wuhan coronavirus in Taiwan number just 440. Each and every case has been successfully contact-traced and there have been just seven deaths. Taiwan is, so far, one of the great coronavirus success stories.

A big reason for this was Taiwan’s conscious decision to ignore what both China and the WHO were saying and act on the evidence they were seeing. In addition to taking into account its previous experiences of viruses like this emerging from China.

Globally, there have now been in excess of 4 million confirmed Wuhan coronavirus cases with more than 302,000 people losing their lives while infected with the virus. The countries that have been hit hardest are those that followed WHO advice and didn’t react to the outbreak fast enough.

The WHA was always going to be an opportunity for those countries that have been hit hardest by Wuhan coronavirus to hold the WHO and the CCP to account for its failings. This is important and should preempt a full international inquiry into the outbreak and its causes.

But it also has to be a forum where those countries that have handled the outbreak best have an opportunity to share advice and best practice with others. And few countries can boast a better record than Taiwan.

There are no shortage of countries that agree about this. Japan, U.S., Canada, U.K., Australia, New Zealand, France, and Germany head a long roster of nations that have made unprecedented public calls for Taiwan’s participation.

So far, there have been just two voices publicly opposing Taiwan’s involvement. Unsurprisingly, they are the Chinese communist regime and the WHO themselves. It doesn’t take long to work out why this must be.

The WHO should not be a political organization nor a partisan one. The bias it has shown toward China over the past few months has brought its impartiality and objectivity into question.

It has also led to serious concerns about whether it is putting its political loyalty to the CCP ahead of global public health interests. Its chronic failings over the Wuhan coronavirus outbreak cannot be undone but the decision on Taiwan’s participation is a litmus test for what the WHO’s priorities are moving forward.

If it allows Taiwan to participate in the WHA, it can make a reasonable argument that it is not a puppet of the CCP and does put public health first. However, if Taiwan is excluded, the opposite will be true.

Taiwan’s participation in the WHA is a moment of reckoning for the WHO. If it fails the test and Taiwan is omitted, the rest of the world should boycott the WHA and the process of establishing a new and impartial global public health body should begin.

The world needs to talk about the Wuhan coronavirus crisis and coordinate a global response. But it has to be realistic about whether the WHA is a forum where this can be achieved.