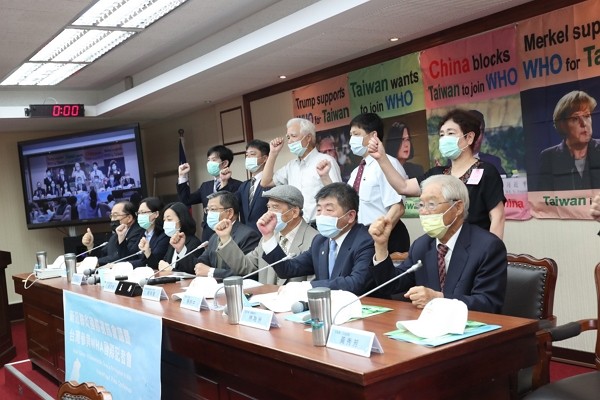 TAIPEI (Taiwan News) — With the 73rd World Health Assembly (WHA) just three days away, the German government on Friday (May 15) joined other countries in the campaign to allow Taiwan to participate in the global health meeting.

While many members of the global community have urged the World Health Organization (WHO) to include Taiwan in the WHA and other important events, the organization has resisted. Despite efforts by the Taiwanese government and its diplomatic allies, Health Minister Chen Shih-chung (陳時中) told the media that the government has yet to receive an invitation as of Friday morning.

In a post on its Facebook page, German Institute Taipei, Germany's de facto embassy in the country, expressed its support for Taiwan's attendance, pointing out that the conference should be open to "all parties who can make significant contributions to global health issues." It added that Taiwan has been a key player in the coronavirus battle and should be allowed to participate as an observer.

In addition, Japanese Foreign Minister Motegi Toshimitsu, the U.S. Congress, and legislators of the European Parliament have also voiced their support for Taiwan's inclusion in the WHA as well as the WHO. A number of international leaders have also criticized the WHO for not being politically neutral and for caving to pressure from China, reported Liberty Times.

Posted by German Institute Taipei 德國在台協會 on Thursday, May 14, 2020