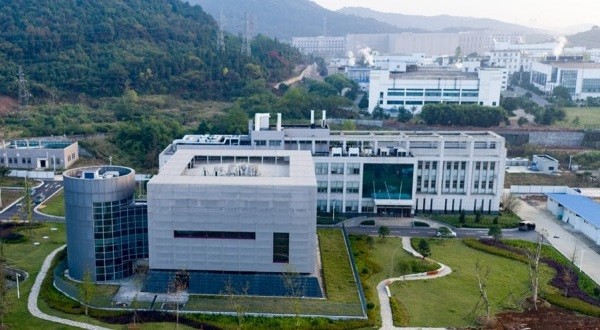 TAIPEI (Taiwan News) — U.S. intelligence agencies are investigating a private report that purports to have found evidence of a "shutdown" and "hazardous event" allegedly taking place at the Wuhan Institute of Virology (WIV) in mid-October, around the time the 2019 Military Games were held in Wuhan, China.

According to a report by NBC News, American and British intelligence agencies are examining a private analysis acquired by the London-based NBC News Verification Unit that states that cell phone activity ceased at a high-security section of the lab from Oct. 7 to Oct. 24, 2019. The report also alleges that a "hazardous event" occurred at some point between Oct. 6 and Oct. 11.

The authors of the report are investigating the theory that the Wuhan coronavirus (COVID-19) started with a leak from the WIV given the fact that extensive research on SARS-like coronaviruses from bats was being carried out at the time in a biosafety level 4 lab. To date, Shi Zhengli (石正麗), also known as "Bat Woman," the director for the WIV's Center for Emerging Infectious Diseases, denies that the virus leaked from her lab but has failed to allow a team of international experts to inspect the facility or have unhindered access to its records.

The document asserts that the mobile phone data indicates that the outbreak occurred "earlier than initially reported" and claims that the evidence presented "supports the release of COVID-19 at the Wuhan Institute of Virology."

The data for the report was compiled from commercially available telemetry data in Wuhan. The authors of the report claim that traffic had been consistent around the WIV before October.

In a timeline of events derived from the data, the report cites a "hazardous event" occurring between Oct. 6 and 11 and a "substantial decrease in activity" from Oct. 11 to Oct. 24.

From Oct. 14 to Oct. 19, the report claims that there was "absolutely no traffic in the area surrounding WIV." The authors of the report then allege that "roadblocks" were erected to prevent traffic from approaching the facility.

A paper published in Infection, Genetics and Evolution titled "Emergence of genomic diversity of recurrent mutations in SARS-CoV-2," estimates the COVID-19 outbreak started as early as Oct. 6, 2019. The researchers established this earliest starting date based on an analysis of the genetic trees of 7,666 SARS-CoV-2 genomes gathered from across the globe.

In addition, reports have started to stream in from athletes who participated in the 2019 Military World Games in Wuhan who are now recalling experiencing illnesses very similar to COVID-19 while still in China. The games were held between Oct. 18 to Oct. 27, and participating athletes from France, Spain, Italy, Sweden reported telltale symptoms at the time, such as fever, sore throat, difficulty breathing, and flu-like symptoms, as well as weeks-long recoveries. The shortest Google route by car between the WIV and the Wuhan Sports Center, where the games were held, shows that the two are 27.5 kilometers apart, or a 32-minute drive The WIV sits about a kilometer away from the city's East Lake, which was the site of the marathon and cycling events.

In addition, the athletes' village was located next to Huangjia Lake in Wuhan's Jiangxia District. The shortest Google Maps route by car from the village to the lab is 15.8 kilometers with a travel time of 24 minutes.

However, none of the athletes who reported these symptoms have been tested for COVID-19. In addition, if they did test positive, the tests would not be able to reveal exactly when they contracted the disease. NBC reported that the data used in the document "seems to account for only a tiny fraction" of the mobile phones that would be expected at a facility that employs 200 to 300 employees. In addition, the news agency cited a U.S. official as saying that the data used looked "really weak" and came to conclusions that "don't make sense."

Nevertheless, another American official told the news outlet that intelligence agencies may take another look at the data. Yet another official said that more private mobile phone data may still be out there that could provide more insight into the incident.

It appears Congressional intelligence committees may have received the report, with Senator Marco Rubio (R-FL) evidently referring to the document in a tweet posted May 6 stating that it would be "interesting if someone analyzed commercial telemetry data at & near Wuhan lab from Oct-Dec 2019."

He concluded that if the data showed a massive drop off in activity compared to the previous year and a half, "It would be a strong indication of an incident at lab & of when it happened."

If it shows dramatic drop off in activity compared to previous 18 months it would be a strong indication of an incident at lab & of when it happened https://t.co/7DQh8F6DXg 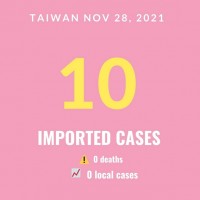