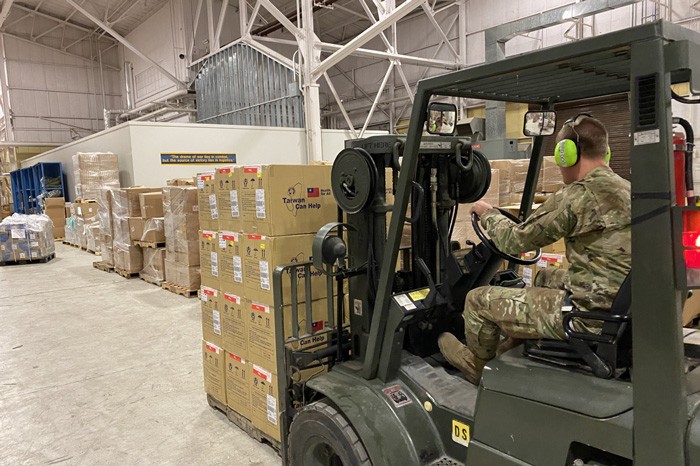 TAIPEI (Taiwan News) — A staffer for a Kansas senator was instrumental in securing the 100,000 masks that Taiwan donated to the state on Monday (May 11).

After seeing news of Taiwan's donation of masks to Colorado, Tom Brandt, a member of U.S. Senator Jerry Moran’s (R-KS) staff, in early April reached out to his contacts at the Ministry of Foreign Affairs (MOFA) in Taipei, reported the Shawnee Mission Post. He was soon put in touch with Taiwan's Presidential Office to apply for a mask donation.

On Monday, Jerry Chang (張詩瑞), director general of the Taipei Economic and Cultural Office in Denver, announced that 100,000 surgical masks had arrived in Kansas that day, reported KSNT. In his announcement, Chang said, “We wish to tell Kansans that Taiwan is together with them in this pandemic."

Brandt said that he wanted to make sure his state was included in Taiwan's third wave of donations of medical supplies. The masks will be distributed to hospitals and other healthcare facilities by the Kansas Division of Emergency Management. In response to news of the donation, Moran last week said: “This is another great reminder that we are all in this together and that Taiwan’s contributions to promoting global health deserve the highest praise." He then added that he was grateful for the friendly relations between the two countries and thanked President Tsai Ing-wen (蔡英文) and the people of Taiwan for "helping keep us healthy and safe as we work to feed the world and protect those who are most vulnerable.”

Since April 9, Taiwan has donated over 20 million masks to countries hard hit by the pandemic. In early May, Taiwan started its third round of mask donations, which will consist of 7.07 million masks given out to the U.S., EU, diplomatic allies, countries covered by Taiwan's New Southbound Policy, and African and Middle Eastern countries.