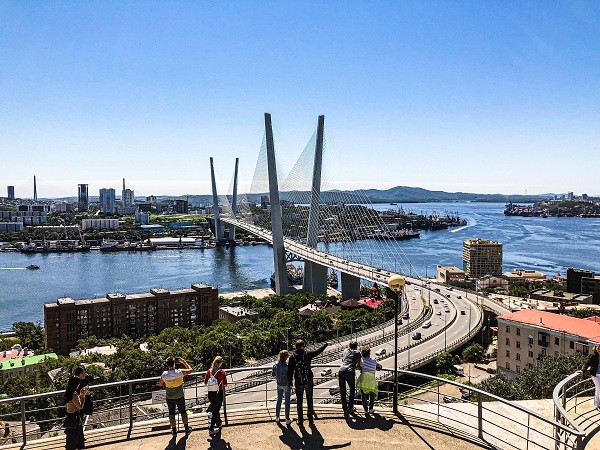 TAIPEI (Taiwan News) — Russia may be the next travel hotspot for Taiwanese as bilateral cultural and economic exchanges have increased in recent years.

Since last July, Taiwanese tourists have been able to enter Russia with free electronic visas from multiple cities, including Vladivostok and Saint Petersburg. Meanwhile, Russian tourists are allowed to stay in Taiwan for 21 days through a visa waiver program.

In 2019, direct flights between Taipei and the cities of Moscow and Vladivostok brought a nearly 70 percent increase in the number of Russian visitors from the previous year.

Recent cultural exchanges have seen performers from the St Petersburg Ballet Theatre and National Kuban Cossack Choir holding concerts in Taiwan, while the Cloud Gate Dance Theatre and U-Theatre have successfully brought Taiwanese culture to Russian audiences. "It is impressive to see how Taiwanese appreciate Russian arts and culture. This is an unseen phenomenon during the four years I served as consul general in San Francisco," said Sergey Petrov, head of the Representative Office in Taipei for the Moscow-Taipei Coordination Commission on Economic and Cultural Cooperation (MTC).

According to Petrov, although fossil fuels still account for the majority of bilateral trade, the future holds unlimited possibilities in expanding economic relations. Taiwanese tech companies, such as Asus and Acer, are front runners in Russian markets, while the island nation's high-quality agricultural produce can be just as successful once more trade barriers are lifted.

At the same time, as more Russian brands such as Kopobka ice cream and beer from the iconic Wolf’s Brewery are introduced to Taiwan, more Taiwanese customers can enjoy Russian products that millions of people already consume around the world.

However, if the program is successfully launched in January 2021 as planned, Petrov believes more exchanges between Taiwan and Russia will be established. Taiwan News at the Representative Office of the MTC in Taipei