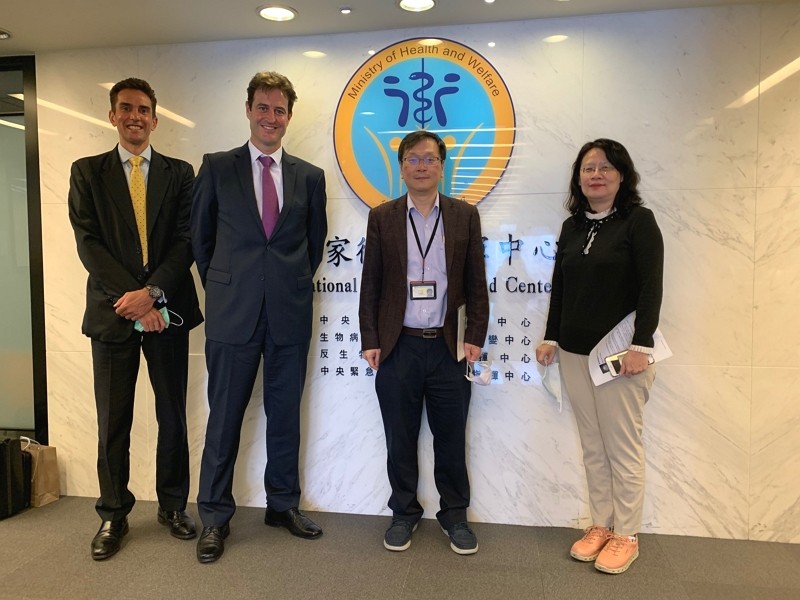 TAIPEI (Taiwan News) — Australia joined countries worldwide in clamoring for the inclusion of Taiwan at the World Health Assembly (WHA), set to take place Monday (May 18) in Geneva.

In a Facebook post on Thursday (May 14), the Australian Office in Taipei said Australia backs Taiwan’s involvement in the World Health Organization’s work and its participation as an observer at the WHA.

“Taiwan has demonstrated a first-rate health system response and has valuable expertise to share,” the post wrote, stressing the need to ensure information flows among all relevant parties. Earlier this week, Australian representative to Taiwan, Gary Cowan, visited the Taiwan Centers for Disease Control to learn how Taiwan is combating the coronavirus (COVID-19).

The Ministry of Foreign Affairs (MOFA) said on Thursday (May 14) that 102 members of the European Parliament and four German lawmakers have signed an open letter calling upon EU health ministers to invite Health and Welfare Minister Chen Shih-chung (陳時中) to the WHA. Taiwan has not been invited to the annual event since 2017, due to China’s meddling.

Australia has toughened its stance against China due to increased tensions triggered by Australian Prime Minister Scott Morrison’s call for an independent investigation into the origins of the Wuhan virus outbreak, wrote the Guardian. In response, Beijing plans to impose tariffs on barley imports from Australia, in addition to the suspension of imports from the country’s four major meat companies amid the worsening bilateral relationship.