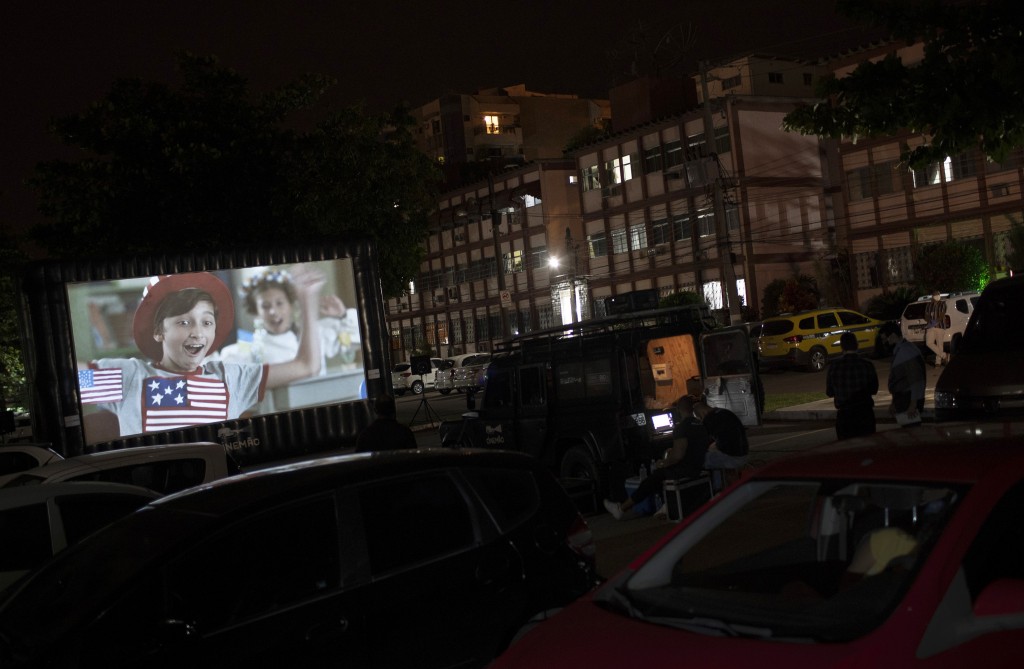 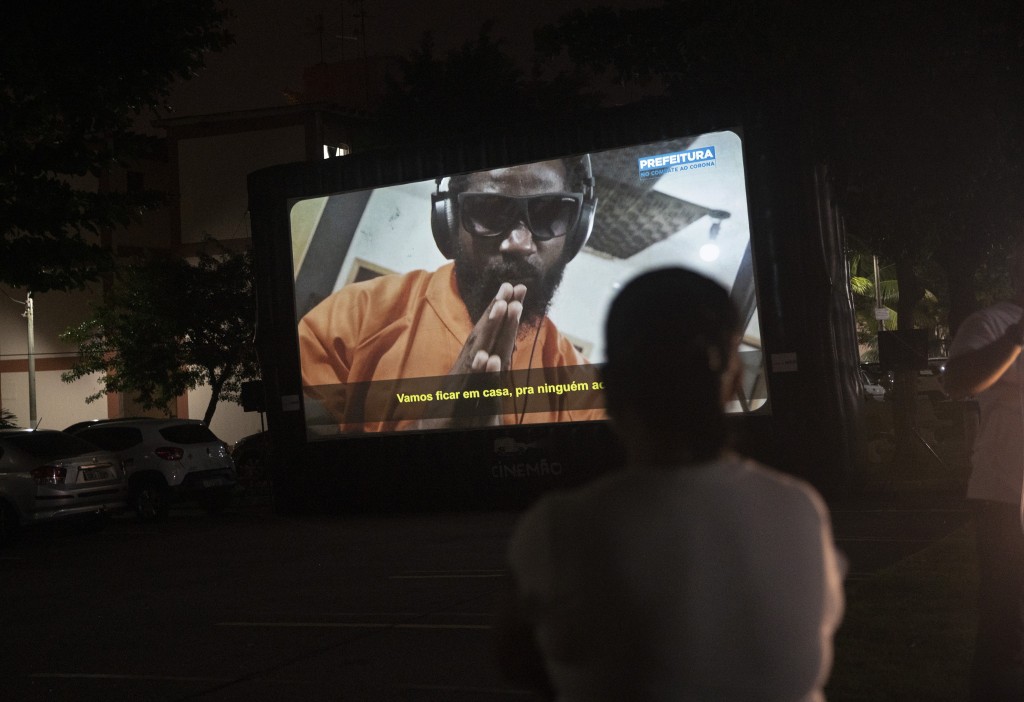 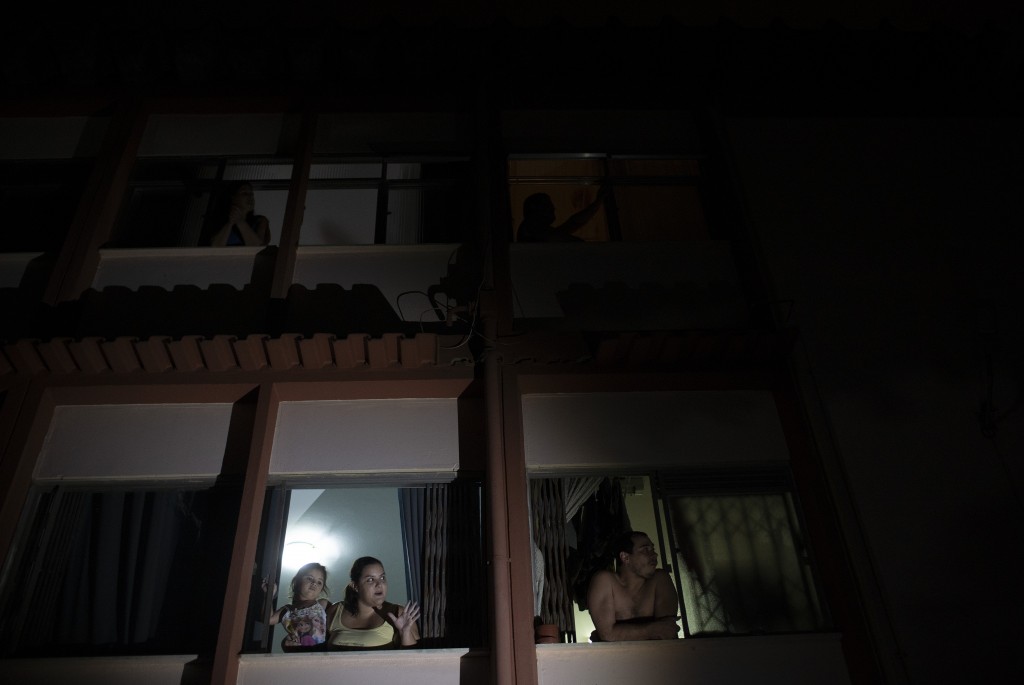 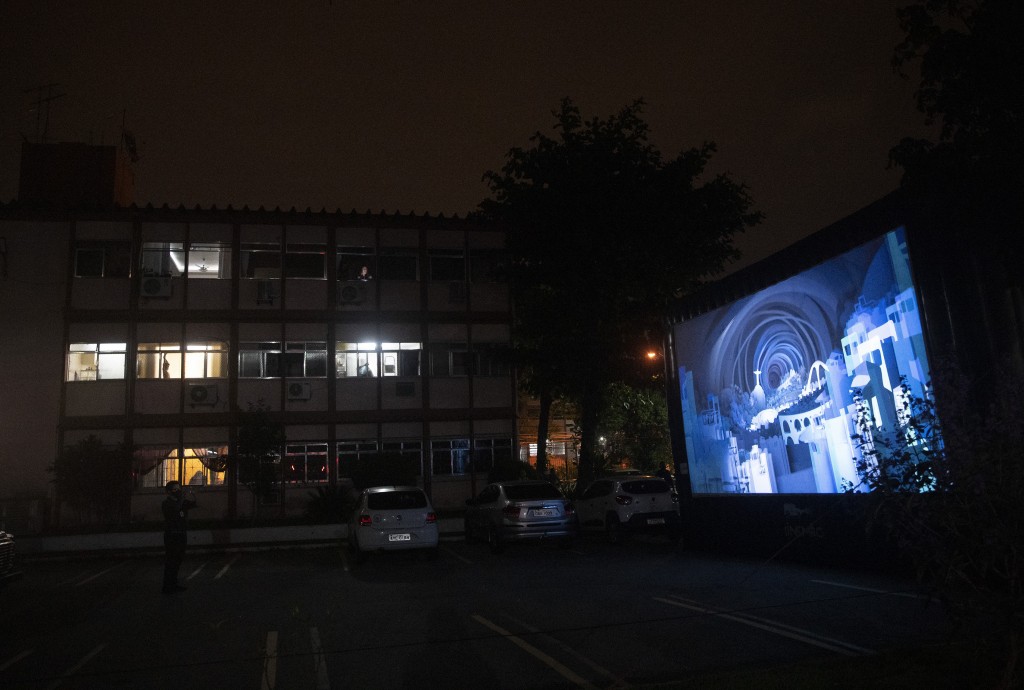 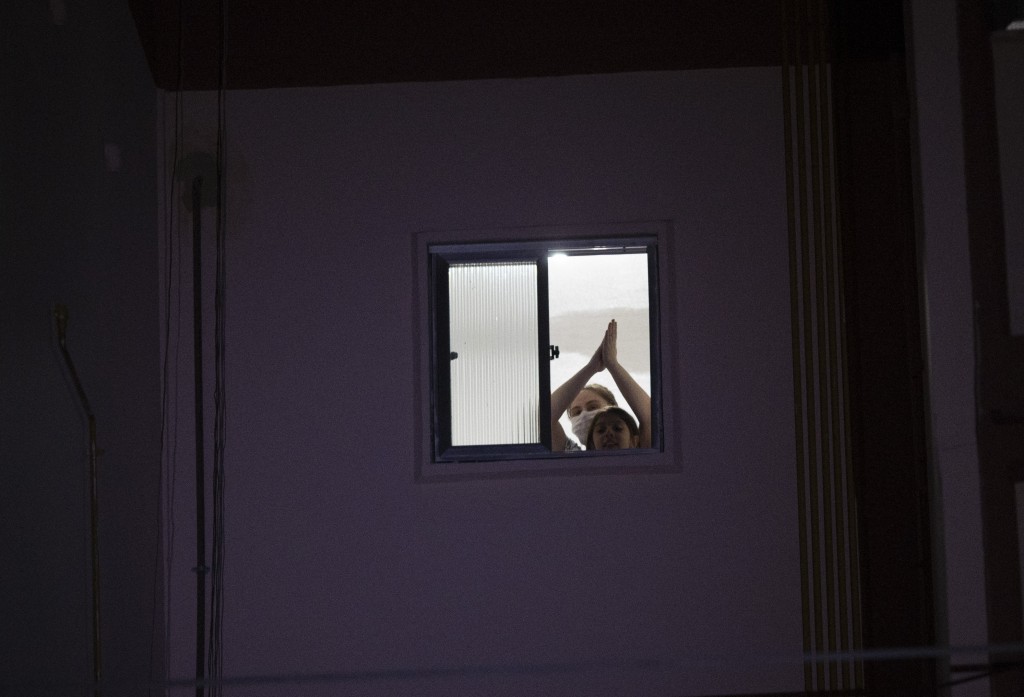 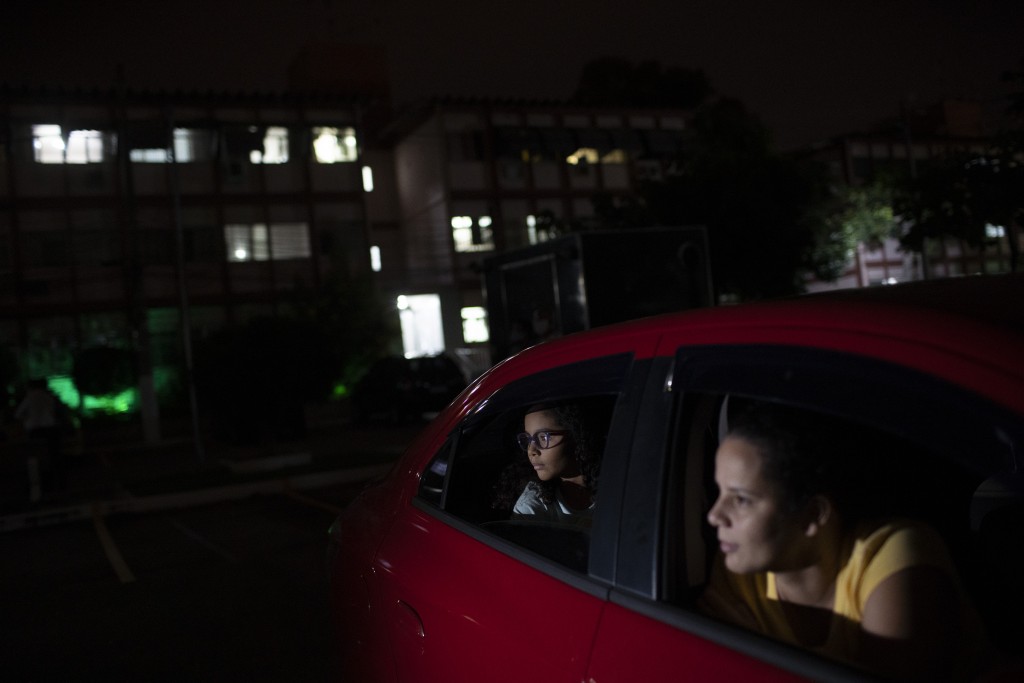 RIO DE JANEIRO (AP) — Apartment dwellers have been cooped up for weeks in Rio de Janeiro, staying inside with their children to avoid the coronavirus — but some are getting relief when a specially outfitted sports utility vehicle arrives outside their buildings and workers erect a big portable movie screen.

After dark, projection equipment inside the modified Land Rover beams movies to the screen and parents and children peer from apartment windows to watch the mostly short-length films for children.

The audio is broadcast from the SUV, creating an experience similar to drive-in movies, but with people watching from their apartments instead of inside cars.

“This is for people who can't leave their homes,” David Coelho, of the city-owned RioFilme company, said Thursday.

The Rio effort is called “Cinema in the Windows.” The fourth showing took place Wednesday night and there’s strong demand for more from apartment building governing organizations that use RioFilme’s website to request showings for their buildings' residents.

Before the virus arrived in Brazil, the RioFilme mobile movie crew brought the SUV to neighborhoods across the city for outdoor free movies in parks and plazas.

But those showings were suspended to prevent large crowds of people who could spread the virus as Rio's traditional movie theaters also closed. Brazil has had more than 12,000 COVID-19 deaths, making it the hardest hit Latin American country, according to a survey by Johns Hopkins University

Other Brazilians who are tired of staying home and streaming movies have started heading in droves to drive-in movie theaters, including a 47-year-old institution in the capital of Brasilia that reopened last weekend as traditional cinemas remain shuttered.

About 150 carloads of people showed up Wednesday evening fat the Cine Drive-in for the animated movie “Smallfoot.” Ana Paula Santos brought her two sons, saying it’s the only entertainment they can enjoy outside their home.

Cine Drive-In usually had about 30 or 40 cars per showing before the virus hit, but the number of customers more than tripled after it was allowed to reopen, owner Marta Fagundes told the newspaper Folha de S. Paulo. Some waited an hour in line to get into the drive-in, which reduced its capacity from 400 to 200 cars to provide distancing between the vehicles.

Brazil's Cinesystem movie theater chain has opened a new drive-in in the parking lot of a shopping mall in the southeastern coastal city of Praia Grande.

Moviegoers send texts to get popcorn and drinks delivered to their cars from workers wearing masks and protective gear, Folha de S. Paulo reported. They are asked to stay inside their cars and wear masks when heading to bathrooms.