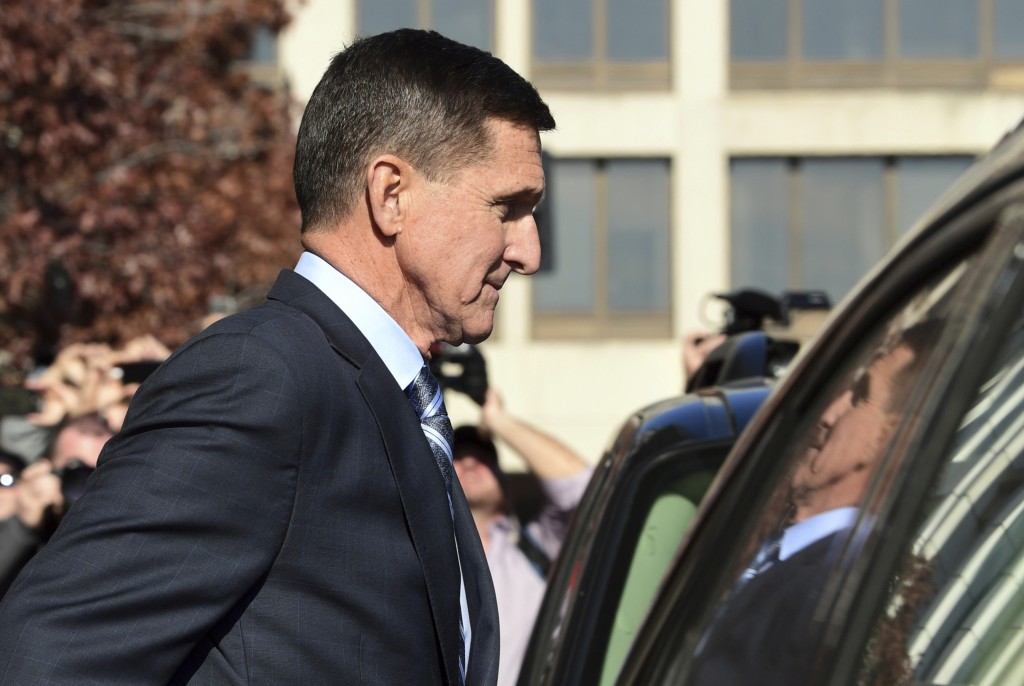 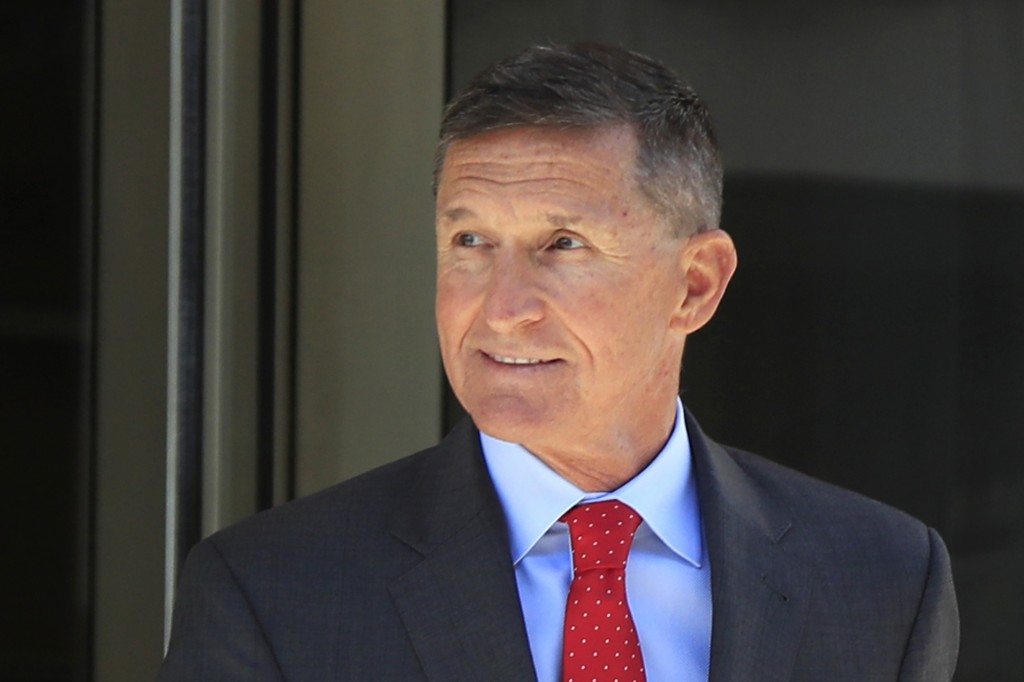 WASHINGTON (AP) — When Michael Flynn was forced from the White House, Vice President Mike Pence said he was disappointed the national security adviser had misled him about his talks with the Russian ambassador. President Donald Trump called the deception unacceptable.

Now Pence says he’d welcome Flynn back to the administration, calling him a “patriot,” as Trump pronounces him exonerated.

What a difference three years makes. The Justice Department’s move to dismiss the criminal case against Flynn marks another step in his transformation, in the eyes of Trump and his allies, from rogue adviser to victim of runaway law enforcement.

The dismissal rewrites the narrative of the case that Trump's own Justice Department had advanced for the last three years in a way that former law enforcement officials say downplays the legitimate national security concerns they believe Flynn posed and the consequences of the lies he pleaded guilty to telling.

It's been swept up in a broader push by Trump and his Republican allies to reframe the Russia investigation as a “deep state” plot to sabotage his administration, setting the stage for a fresh onslaught of election year attacks on past and present Democratic officials and law enforcement leaders, too.

“His goal is that by the end of this, you’re just not really sure what happened and at some gut level enough Americans say, ‘It’s kind of messy,’” said Princeton University presidential historian Julian Zelizer.

Scrambling to manage the coronavirus and economic crash, Trump has been eager to shift the focus elsewhere. He has repeatedly called Flynn “exonerated” and pushed the development as evidence of what he deemed “Obamagate,” an allegation the previous administration tried to undermine him during the presidential transition.

Trump has tried to rally his supporters around the claim, aiming to revive enthusiasm among voters disappointed by his handling of the pandemic. He went on a weekend tweetstorm and used the first 20 minutes of a recent Fox News interview to attack the Obama administration rather than offer updates on the pandemic.

An investigation by special counsel Robert Mueller found Russians interfered in the 2016 election on Trump’s behalf, though it did not allege illegal coordination with Trump's campaign. Mueller examined multiple instances of potential obstruction of justice and pointedly noted that he was unable to exonerate Trump.

But advisers believe painting the previous administration as corrupt can distract from a pandemic crisis that has crippled the economy and killed tens of thousands of people in the U.S. and can prove an effective line of attack against Trump’s Democratic opponent, Joe Biden, who was Obama’s vice president, according to four current and former administration officials and Republicans close to the White House not authorized to discuss the matter by name.

The hope is to revive some of the pre-pandemic arguments to cast Trump, even now as an incumbent, as the political outsider being attacked by the establishment.

Trump has increasingly lashed out in the year since Mueller's report did not accuse him of a crime or allege a criminal conspiracy between his campaign and Russia. Revelations since then have exposed certain problems with the early days of the FBI's probe, including errors and omissions in applications to surveil an ex-Trump campaign adviser.

Republicans in Congress and inside the administration have echoed the attacks and scrutiny.

National intelligence director Richard Grenell has declassified a list of names of Obama administration officials who reportedly asked for Flynn's identity to be unredacted in intelligence documents, while Iowa Sen. Chuck Grassley said in a Senate floor speech that the “rule of law is at risk if the federal government can get away with violating the Constitution to do what they did to Lt. Gen. Flynn."'

Republicans have generated a “thick fog of propaganda," Rep. Jamie Raskin of Maryland told The Associated Press. “Trump and his enablers in Congress have a strategy of never admitting anything and always going on the attack."

Attorney General William Barr has said dropping the case against Flynn, who pleaded guilty to lying to the FBI about having discussed sanctions with the Russian ambassador during the presidential transition, was in the interests of justice. The department says the FBI had no basis in interviewing Flynn about his “entirely appropriate” calls and that any imperfect statements he made during questioning were not material to the broader counterintelligence investigation into the Trump campaign.

But the decision stunned former law enforcement officials involved in the case, including some who say the Justice Department is rewriting history and omitting key context.

Former FBI Deputy Director Andrew McCabe said the FBI, in the course of investigating whether the Trump campaign had coordinated with Russia's election interference, was obligated to interview Flynn about conversations he had had with the Russian ambassador over sanctions imposed for that very interference.

And because White House officials, including Pence, were inaccurately asserting that Flynn had never discussed sanctions with Russian Ambassador Sergey Kislyak, U.S. officials were concerned Flynn could be vulnerable to blackmail since Russia also knew what was discussed.

“After all, Mr. Flynn was set to become the national security adviser, and it was untenable that Russia — which the intelligence community had just assessed had sought to interfere in the U.S. presidential election — might have leverage over him,” Mary McCord, the Justice Department's top national security official at the time, wrote in a New York Times opinion piece in which she accused Barr of misrepresenting her viewpoints.

She acknowledged an internal quarrel over whether to disclose details of Flynn’s calls to the White House and about the FBI's decision to interview Flynn without alerting Justice Department leadership. But she said there was no disagreement that Flynn was a potential counterintelligence threat.

A judge has yet to rule on the Justice Department's dismissal request, opening the door Tuesday to outside individuals and groups to file briefs expressing their opinions.

But in the meantime, Flynn's revival in Trump's orbit is perhaps not surprising.

From the moment he took the stage at the 2016 Republican National Convention and led a “Lock her up!” chant aimed at Democrat Hillary Clinton, Flynn has been exceedingly popular among many Trump supporters. For many on the right, his forced resignation and guilty plea only added to his stature as a martyr and cause celebre.

Flynn himself may be part of the effort to weaponize his case.

Though his legal future remains uncertain, discussions have already been held about potentially welcoming him back to a post within the administration or the reelection campaign, according to the officials. Nothing has been finalized.