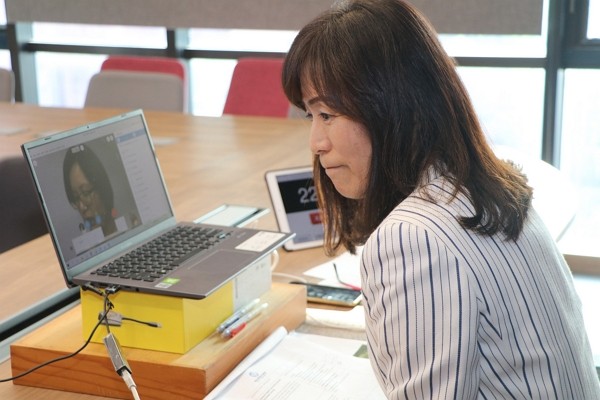 In a released statement, NCKU said that the school's president represented Taiwan in the cross-regional online conference after she was invited to explain the pandemic prevention measures the island nation has adopted. The university said several Asian countries participated in the meeting, including Taiwan, Singapore, South Korea, Indonesia, India, and Malaysia.

Su emphasized that scientific research and humanitarian considerations are equally important in deciding what measures an educational institution should take to balance the teaching and safety of its students. She said the Taiwanese government has introduced necessary policies and guidelines in advance so as to give the schools sufficient time to prepare.

To the surprise of the participating countries, Su noted that although the NCKU had postponed the opening of its spring semester by two weeks, a single class has not been suspended since then. She also pointed out that most students in Taiwan have still been able to receive high-quality education at school facilities, with few classes being moved online.

The NCKU president said a nation's performance at pandemic prevention is determined by whether each citizen has fulfilled their responsibility. She added that the coronavirus could be beaten so long as countries join forces and collaborate, reported UDN.

According to NCKU, there are currently more than 1.8 billion students worldwide who have been forced to discontinue their studies due to the pandemic. As of Wednesday afternoon (May 13), the global coronavirus death toll has surpassed 292,800 while more than 4 million have been infected with the disease.