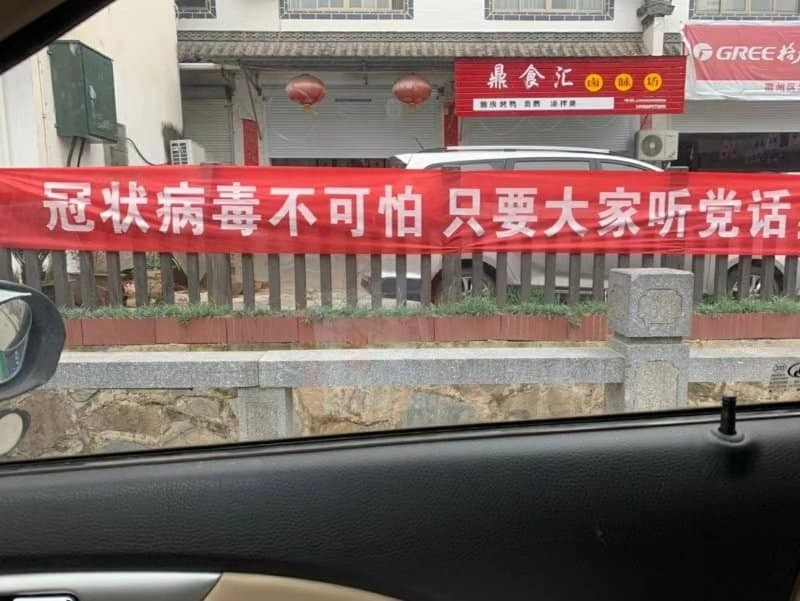 The following are some of Xinhua's more egregious misrepresentations and deflections:

Claim: "There are no so-called 'wildlife wet markets' in China"

After early evidence pointed to the Huanan Seafood Market in the Hubei Province city of Wuhan as the place where COVID-19 made the jump to humans, the existence of wildlife trading in China drew criticism. However, the state-run press claimed that selling wildlife is forbidden in China and that wildlife wet markets do not exist in the country. According to Xinhua, Chinese consumers only frequent farmer's markets where people sell fresh meat, seafood, and vegetables — just like in the West.

A price list from the market showed that wildlife was indeed frequently traded there. Since the country implemented its Wildlife Production Law in 1989, the sale of wild animals for consumption has only become more commonplace. Ironically, the regulation of wildlife as a national resource boosted its value, and wildlife markets full of animals like pangolins, deer, and civet cats have proliferated.

Claim: "Dr. Li Wenliang was not a whistle-blower, and he was not arrested."

"Dr. Li was a good doctor. He was a member of the Chinese Communist Party, not a so-called anti-establishment figure. Labeling him an 'anti-establishment hero' or 'awakener' is very disrespectful to Dr. Li and his family," Xinhua wrote, noting that the Chinese authorities had awarded Li the title of "national model healthcare worker in fighting COVID-19" on March 5, after he died from coronavirus complications.

While Li was indeed not arrested, but he was summoned by the authorities on Jan. 3 for sharing information with other doctors about the then-unknown virus. In addition to being scolded by law enforcement and hospital management, he was also publicly shamed by state media for spreading rumors.

The head of emergency care at Wuhan Central Hospital, Ai Fen (艾芬), who is also considered to have been a whistleblower, was similarly reprimanded by hospital management. She had tried to warn her colleagues when she realized the virus could be transmitted from human to human.

Claim: "China has provided timely information to the world in an open, transparent, and responsible manner."

Xinhua claimed China submitted its first report about COVID-19 to the World Health Organization (WHO) on Dec.31, four days after the Wuhan doctor Zhang Jixian (張繼先) informed local health authorities about cases of severe pneumonia in the city. Since this alleged report, the country insists it has been sharing information regularly with the WHO and the outside world; it also maintains that it acted swiftly in providing virus sequences to other countries.

Although China still refuses to admit that patient zero most likely contracted the disease in Chinese territory, Wuhan's COVID-19 Command Center has confirmed that the earliest case registered in the city dates back to Dec. 8. In an interview with state media on Jan. 27, Wuhan's mayor confessed that local officials lacked the authority to disclose information about contagious diseases without consent from the central government.

According to internal reports released exclusively to CCP bigwigs, experts from China's National Health Commission did not report human-to-human transmission of COVID-19 during their investigation in Wuhan in January. This obviously was obviously contradicted by the fact that patients exhibiting symptoms had already packed local hospitals.

Wuhan reported no new confirmed cases between Jan. 12 and 17 as the Chinese People's Political Consultative Conference and People's Congress of Hubei took place. Leaked reports indicate that the health department "deliberately stopped transferring or diagnosing suspicious cases and did not implement any quarantine measures in the city" during the early days of the outbreak.

Claim: "Despite a still formidable task of combating COVID-19 at home, China has been providing medical supplies to other countries to the best of its ability."

Xinhua alleged China exported RMB$71.2 billion (about US$10 billion) worth of medical supplies between March 1 and April 30, including 27.8 billion masks, 130 million protective suits, 73.41 million virus test kits, and 49,100 ventilators. Moreover, it said that since March, 77 national and local governments, as well as six international organizations, have signed agreements with China to receive a total of 216 shipments of medical supplies.

AP pointed out that China tried to downplay the severity of COVID-19 in order to stock up on medical supplies in early January. In fact, official data shows that the country imported millions of respirators and masks in just one month. Chinese tourists and merchants also fanned out across neighboring countries like South Korea and Japan, buying up masks and selling them China.

On top of this, a number of countries, including Canada, Spain, the Netherlands, and the Philippines, have reported that a wide array of Made-in-China medical products have failed to meet basic standards. Last month, Chinese customs officials began attempting to implement quality control for overseas-bound equipment.