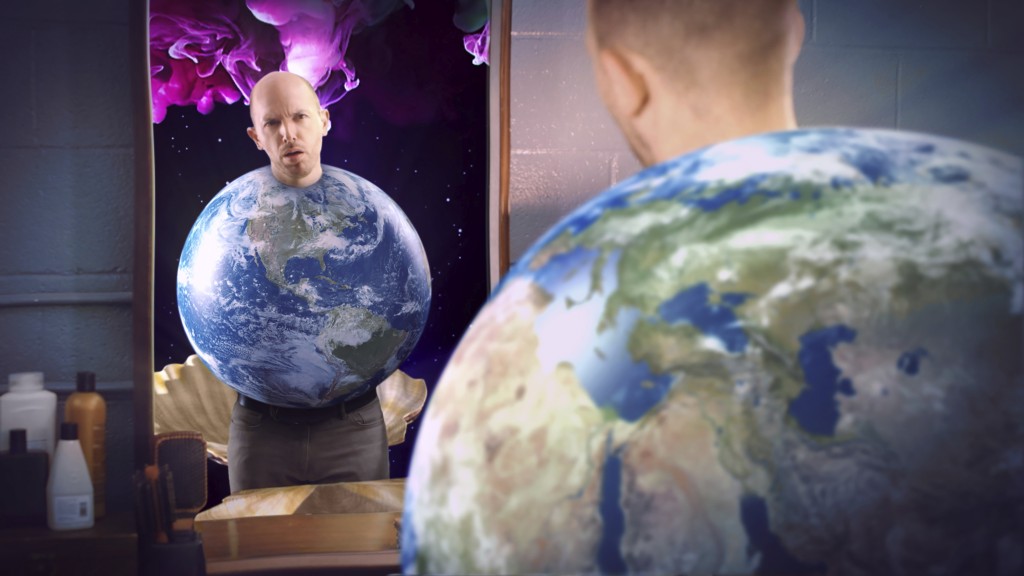 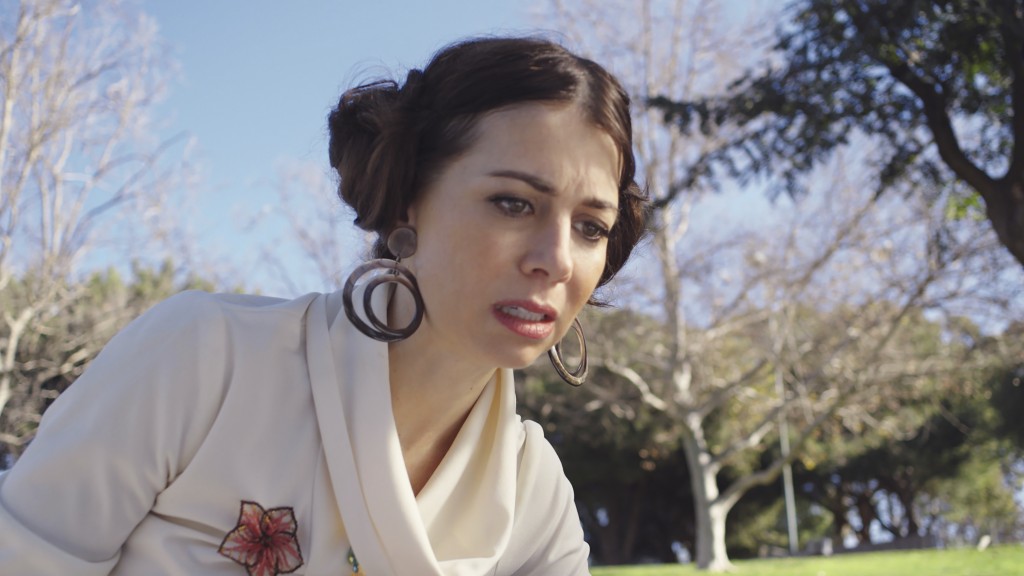 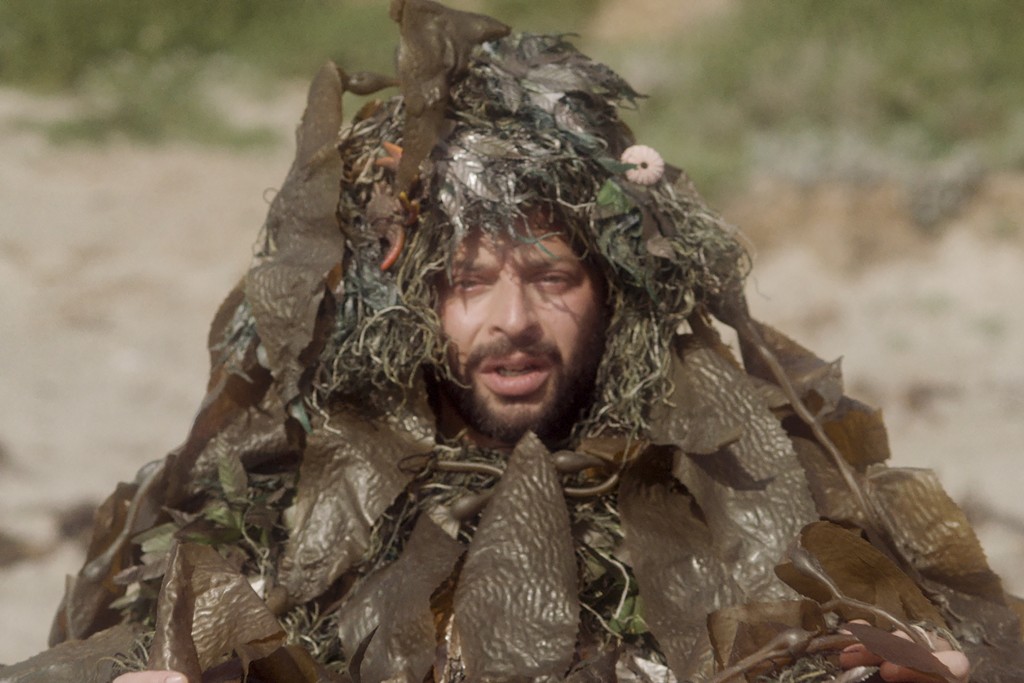 We can't take trips these days for obvious reasons. But Netflix is offering a trip into the mind with a gentle new documentary about the world of hallucinogens.

Donick Cary’s “Have a Good Trip: Adventures in Psychedelics” uses celebrities recounting their trips on LSD or mushroom to counteract built-up fears about psychotropic drugs — even offering tips about how to use them better — all against the backdrop of trippy '60s-style cartoons with rainbows and unwinding tongues.

This is a clearly pro-psychedelic film, not too preachy and not too pointed, with lazy science. There are really only two authoritative voices in the film and they both endorse investigation into hallucinogens — the alternative medicine guru Deepak Chopra (“We’re on a trip right now. Life is a trip,” he says) and UCLA psychiatry professor Dr. Charles Grob. There are no dissenting voices.

So if you prefer your drug advice from celebrities, this is the film for you. David Cross, Nick Kroll, Ben Stiller, Natasha Lyonne, A$AP Rocky and Sarah Silverman are among those talking about their trips, both bad and good. Silverman found herself in the passenger seat of a car driven by a man so high he’d forgotten how to drive.

That leads to one of the film's several drug tips, made to look like those “The More You Know” PSA: Don’t drive while tripping. Control your setting. Don’t ever look in the mirror. (“You can see through your skin,” Silverman warns.)

We learn that Lewis Black once got so high he forgot his own name and flipped through a dictionary for what seems like hours looking for clues. Rosie Perez tripped so bad once in the late 1980s that she was eventually doing the backstroke on a dance club floor.

These stories are often delightful — and enhanced by great cartoons or recreations acted by many of those interviewed — but are we sure we need celebrity insights here? Rob Corddry has played a satirical journalist on “The Daily Show” but we’re not sure he’s the guy who should be dispensing advice about how the national scientific community handles testing on acid ("We blew it," he says, minus an expletive).

Two of the best anecdotes are by terrific storytellers who are no longer with us — TV host and chef Anthony Bourdain and actress Carrie Fisher, both for whom the film is dedicated. (Which makes you wonder how long this film has been on the shelf).

Bourdain talks about his attempt to mimic Hunter S. Thompson by going on a road trip with a buddy to the Catskills with “a pretty dizzying array of controlled substances” — Quaaludes, weed, coke, beer, gin, hash and LSD. They picked up two hitchhiking exotic dancers and that’s when things took a turn.

Fisher confesses she took a lot of LSD over her life, including once in a park where she witnessed a talking acorn who insisted on showing her his choreography. “I never saw anything that wasn’t there. I just saw things that were there misbehave,” she notes, brilliantly.

Some celebrities have clearly thought deeply about their trips, like Sting, who while high on peyote in the English countryside, helped a cow give birth. “For me, the entire universe cracked open.” And Reggie Watts uses this poetic metaphor for hallucinogens: “It’s like a stepladder to look over a brick wall that’s a little bit too tall for you.”

There are intriguing moments when the thread to a better movie is revealed, as when Perez confides that her LSD trip prompted her to seek out therapy to help ease her Roman Catholic guilt. Sting also reveals that some of his trips have helped him write songs. Really? Which ones? More concrete examples of how mushrooms or dropping acid aided life are sorely needed.

And another misfire: Writer and director Cary has decided to lighten the mood by periodically mocking the paranoid anti-drug public service announcements of the ’80s with his own extended send-up that gets tiresome.

Adam Scott in a black leather jacket shows up in each, being ultra-serious about the evil of drugs. “Knock, knock, knock.′ ‘Who is it?′ ’It’s a deranged drifter who wants to torture you for the next 12 hours,’” he says in one ad-within-the-film. “That’s exactly what you’re doing when you open your brain to hallucinogenics.”

And the filmmaker has employed another marvelous off-kilter figure in Nick Offerman, pretending to be a scientist. “Don’t get me wrong, drugs can be dangerous,” he tells us. “But they can also be hilarious." But Offerman is neither in this film — and so he is wasted. Like this film — wasted but not in a good way.

“Have a Good Trip,” a Netflix release, is rated TV-MA for drug substances and language. Running time: 85 minutes. One and a half stars out of four.