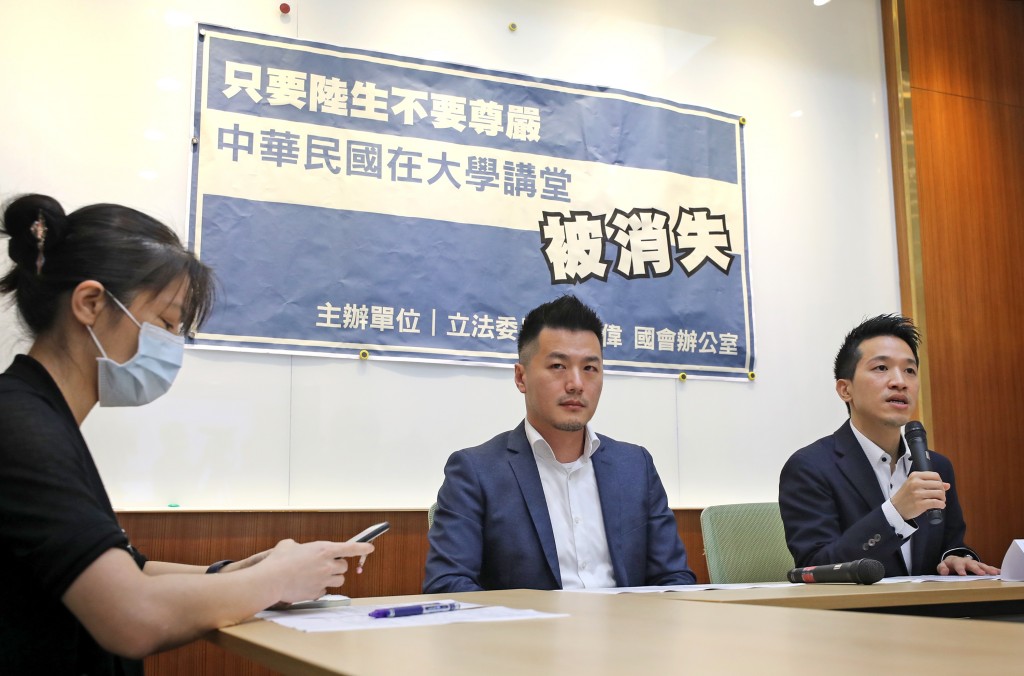 TAIPEI (Taiwan News) — A Taiwanese professor has accused a university of asking him to apologize for having mentioned the “Wuhan” coronavirus (COVID-19) and “the Republic of China,” which is the official name for Taiwan, following complaints from a Chinese student.

William Chao (招名威), a Chung Yuan Christian University associate professor specializing in biotechnology, said at a press conference on Monday (May 11) that the university management asked him to make an apology for saying that the coronavirus is likely to have originated from the Chinese city of Wuhan. A Chinese student wrote to the school to complain about Chao, criticizing him for discrimination, according to Chao.

Chao said he later apologized to the student, stressing that “as a professor from the Republic of China” he would not discriminate. But shortly afterward Chao was summoned by the school again and asked to make another apology.

"You don't have to say it in class. Which one of us is not a professor from the Republic of China? Why do you have to emphasize that in class?” Chao recounted what he was told during the earlier conversation with the school. He said he was “deeply disappointed” by the university's handling of the matter and demanded that the school make a correction.

The university, however, denied Chao’s claims. After an investigation examined the course video and interviewed both parties, it concluded that Chao’s comments were “irrelevant” to the course and that he had made “inappropriate statements to students,” the university said in a statement Monday.

The school stressed it would “preserve the right to pursue legal action” against “a certain teacher who has dismissed teaching quality and caused social division and misunderstandings with partial information.”

Sung Wen-chien (宋雯茜), a senior official at the Ministry of Education, said that the ministry would decide what to do with the matter after getting more information from both the professor and the school.

In a statement issued in the afternoon, the MOE urged all parties to respect the academic freedom of universities and teachers. “I absolutely support our professors to say anywhere that ‘I am a professor from the Republic of China’,” stated MOE Minister Pan Wen-chung (潘文忠) via Facebook, who went on to say that “Academic exchange is imperative, but undermining national integrity will not be tolerated."