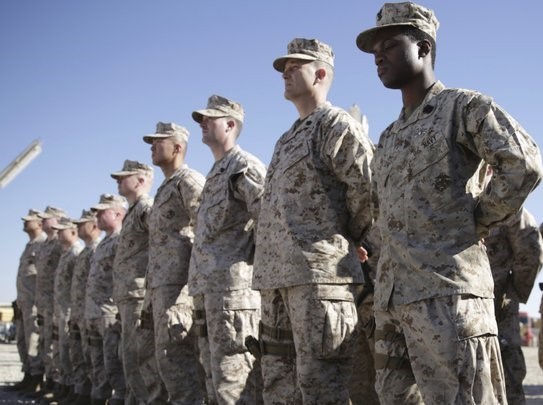 If China were to successfully occupy Taiwan, it would no longer merely be a country on the Asian continent. Such a victory would cement its claim as a Pacific military superpower.

The takeover would extend China's exclusive economic zone an additional 200 nautical miles east of Taiwan into the Pacific Ocean. China could then assert the related rights in the region, and Taiwan would become the home of China’s easternmost air and naval bases.

This would be a domain never before possessed by China throughout its history. The Qing Dynasty (1636-1911) never controlled land beyond the adjacent Yellow, East China, and South China Seas.

[A conquest of Taiwan] would surely constitute a breach in the Indo-Pacific framework promoted by the U.S. and Japan, and the situation in the region would change dramatically.

This shift in regional dynamics would affect not only the people of Taiwan but neighboring countries as well. When the time came, would Japan be forced to reorganize its military and consider the development of a nuclear arsenal?

Furthermore, it would be no laughing matter to the Philippines, even under pro-China President Duterte. I do not need to speak further on this issue.

The tremendous upheaval resulting from this hypothetical dilemma is understood by the U.S., China, Japan, and global military strategists. As China’s threats against Taiwan increase, American, British, and even French warships are cruising in the Taiwan Strait, reinforcing that the right to free navigation in the area is an international issue.

Mentioning these circumstances serves to demonstrate that the U.S. is taking responsibility for Taiwan’s security, not only for the island nation and its people but for itself and its own global strategy, including the containment of Chinese expansionism within Asia.

The critical geopolitical position Taiwan holds is the single most important asset for the security of the nation. Why did Chiang Kai-shek not retreat to the island of Hainan at the end of the Chinese Civil War, or even inland to southwestern China?

The point is, he accurately foresaw Taiwan’s international strategic position. The U.S. and Japan would have no choice but to assist him in defending it. Why have the descendants of Chiang’s army forgotten this and now instead mention China to spread fear among Taiwanese society?

Moreover, the amount the U.S. has spent on its post-WWII defense of Taiwan has been insignificant compared to other friendly countries.

Since WWII, the U.S. has deployed troops not because of territorial ambitions but to consolidate or fight for “spheres of influence,” including the political, economic, and military domains. For this purpose, it has paid a great price conducting military campaigns around the world and continues to do so to this day.

The U.S. has deployed its troops in military operations abroad more than 80 times since WWII

Let us take a closer look at the fact that the U.S. has carried out more than 80 military operations or wars worldwide since 1950. With this information in mind, we can assess whether or not the U.S. would abandon Taiwan if China invades the island nation.

From June 1950, when U.S. President Truman got involved in the Korean War, to President Trump’s assassination of Iranian General Qasem Soleimani through a drone strike in March 2020, American militarism has reached all over the world.

Every American president since the Second World War has a record of military interventions. The determination and capabilities of the U.S. as the global hegemon are not to be underestimated.

Just look at the invasion of Iraq, the incursion into Pakistan to eliminate Osama bin Laden, and the mission to take out ISIS leader Baghdadi in Syria.

Whether or not these actions were opposed had no impact on the U.S. conducting its bloody, in-your-face hegemonic operations around the world.

The U.S. has had zero casualties defending Taiwan in the past 70 years

These wars or military operations listed above were an ocean away, but several resulted in heavy American casualties and overwhelmed military cemeteries:

The war in Afghanistan, according to the Pentagon, has so far cost the U.S. $975 billion and 2,441 lives. (Author's note: On February 29, 2020, the U.S. government signed a conditional peace agreement with the Taliban aimed at ending the 19-year war).

What I want to say is that since the establishment of the People’s Republic of China (PRC) in 1949, the U.S. has not suffered any casualties from military operations aimed to enforce its sphere of influence on Taiwan and in the strait.

If China makes even the slightest move against Taiwan, the U.S. government needs only to verbally object and send an aircraft carrier or fleet into the strait and the situation will stabilize. The most infamous example of this took place soon after the founding of the PRC.

Chiang Kai-Shek’s regime on Taiwan was teetering in the years after WWII. Sensing trouble amid the outbreak of the Korean War, President Truman ordered the Seventh Fleet into the strait in 1950, proclaiming the area a neutral zone, and Chiang's KMT government stabilized.

For the past 70 years, stability on both sides of the strait has been said to be ‘‘Made in the U.S.A,’’ which is no exaggeration. The conditions around this stabilizing force will only strengthen, not weaken in the foreseeable future.

China is afraid to engage in a war with the U.S., not the other way around.

The U.S.’s defense of the freedom and security of Taiwan will consist mainly of aerial and naval engagements. It would not get involved in a persistent land war with China like it did in Korea and Vietnam.

From the long list of U.S. military actions on foreign soil, it is sufficient to say that as a world power, it could not avoid responsibilities or collateral damage.

Now, in contrast, consider the cost of protecting American interests in Taiwan. Zero casualties in the past 70 years!

The Chinese people must never underestimate the U.S.'s determination to take military action to protect its rights and interests.

China has threatened to use force against Taiwan again and again. Over the past 70 years, the facts have proven that these threats are just saber-rattling.

Of course, it's crucial that Taiwanese not make rash political mistakes. As the old Taiwanese adage goes: “If we stick around long enough, it becomes ours.”

In other words, sustained reality provides the strongest and most powerful basis for legal argument.

Facts amassed over a long period of time provide the strongest legal foundation to support Taiwan’s sovereignty. Maintaining the status quo, our country is independent, whether as the Republic of China (ROC,華獨) or Taiwan (臺獨).

It is not, and will never be, under the jurisdiction of the PRC.

Regardless of claims of independence as the ROC or Taiwan, both refer to a sovereign nation. If you love Taiwan, why do you so desperately want to change the national name and the national flag in your lifetime?

It is unnecessarily causing internal turmoil. Rest assured, the day is bound to come when our country acquires the status and rights it deserves in the international community, perhaps in the time of our children, grandchildren, or great-grandchildren.

What does it matter? As long as Taiwan exists independently and freely, there will always be hope. We must be convinced that the 23 million Taiwanese and their descendants will naturally manage the country as the “Switzerland of the East.”

The U.S. only wants to keep Taiwan and the strait within its sphere of influence. It has no territorial ambitions for Taiwan, so the island nation is pro-American, just as it was under the rule of Chiang Kai-shek and his son.

Only when China wakes up and abandons its claims over Taiwan will the Taiwanese government be able to rethink its diplomatic strategy. Until then, Taiwan's foreign policy will only be: "U.S.A! U.S.A! U.S.A!"

This is the only way a small country can survive.