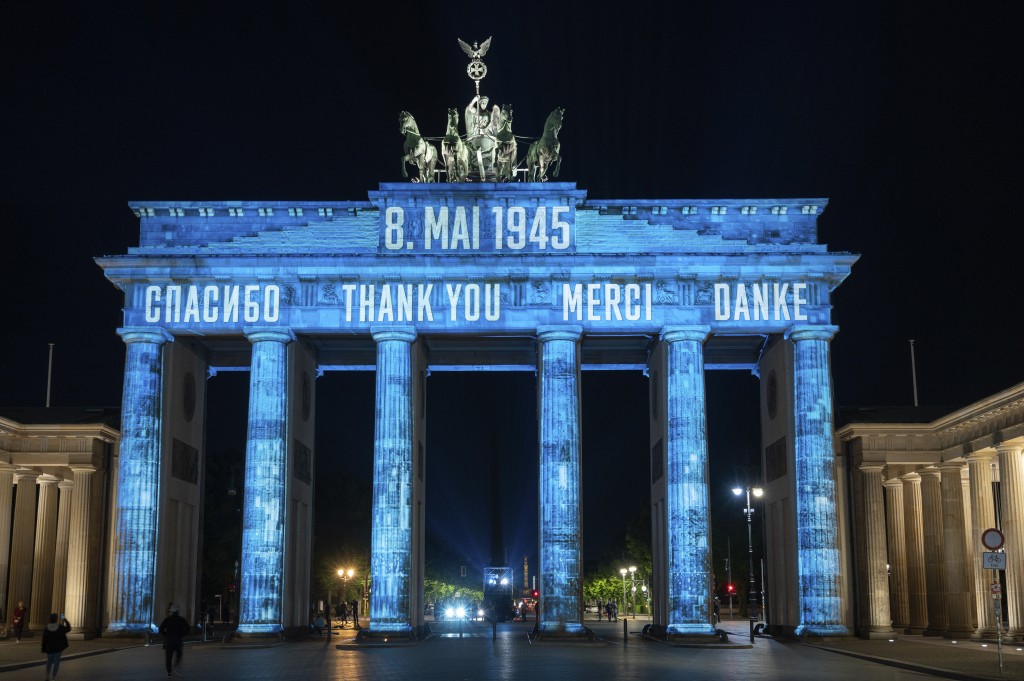 UNITED NATIONS (AP) — A U.N. Security Council meeting on the 75th anniversary of the end of World War II in Europe on Friday saw a clash between Russia and some Europeans, calls for unity to fight COVID-19, and warnings that the seeds of a new global conflict must be prevented from growing.

Nearly 70 speakers, including more than 45 foreign ministers and the European Union’s top diplomat, took part in the informal video meeting organized by Estonia, which holds the council presidency this month, on lessons learned from the war for preventing future atrocities and the Security Council’s responsibility.

EU foreign policy chief Josep Borrell said the world is facing “its biggest crisis since the end of World War II” triggered by the outbreak of the coronavirus, which “is shaking the foundations of our societies and exposing the vulnerabilities of the most fragile countries.”

“It has the potential to deepen existing conflicts and generate new geopolitical tensions,” Borrell warned.

Beyond the immediate public health challenges, he said, “millions of people around the world are still displaced by persecution, conflict and atrocities.”

He urged the international community to tackle inequalities and uphold human rights equally everywhere, singling out Syrians, Yemenis, Venezuelans, Palestinians and Myanmar’s Rohingya Muslims. And he said “we must act against the re-emergence of anti-Semitism, racism, xenophobia and authoritarian politics.”

Germany’s Foreign Minister Heiko Maas said the hope for a better future after the war that killed over 60 million people led to the creation of the United Nations and the European Union, “and it found its expression in the forgiveness that my country has received from its former enemies,” which “to this day ... fills us with immense gratitude and humility.”

He said Germany’s commitment to global solutions and multilateralism “is based on our historic experience — that nationalism leads to destruction.”

Maas said that during the last months, “we have witnessed attempts to stir up nationalist feelings by trying to rewrite history.”

“Those who try to turn the victims into perpetrators and the attacked into attackers are violating the memory of the victims,” he said. “This is unacceptable.”

Maas warned that political backing for international institutions is too often missing today, especially in the Security Council, whose mandate is to maintain international peace and security. He pointed to its failure to end wars in Syria and Libya and bring peace to the Middle East and Ukraine.

France’s Foreign Minister Jean-Yves Le Drian said the world today is witnessing “a brutalization of international life,” pointing to conflicts and “the multiplication of faits accomplis" from the South China Sea to Eastern Europe, the use of chemical weapons in Syria, Malaysia and on European soil, terrorism, new threats from cyberspace, and stiffening international competition.

Estonia’s Foreign Minister Urmas Reinsalu, who chaired the meeting, rejected Russia’s recent attempts “to manipulate historical events" and justify the August 1939 non-aggression treaty between the Soviet Union and Nazi Germany, with its secret protocol dividing Europe into spheres of influence for each of them.

Reinsalu said the pact “paved the way for the outbreak of World War II.”

“We should remember that after the war, for half a century, many European nations remained under direct Soviet suppression, deprived of freedom, sovereignty, dignity, human rights and free development,” Reinsalu said.

He stressed that World War II “taught us to protect our freedom, to reject and condemn the illegal use of force and to cooperate in order to achieve and preserve peace.”

Russia’s U.N. Ambassador Vassily Nebenzia countered that “the Soviet Union was the main victim in that war and at the same time it made the biggest sacrifice.”

“Attempts to challenge this, to present the Soviet Union as allegedly equally responsible for starting the war that surface today and circulate today by some modern politicians and ... historians are not only immoral but disgusting and sacrilege to the truth and to our historical memory,” he said.

And claims the Soviet Red Army didn’t liberate countries from Nazism but put them “into enslavement” are also an “insult,” he said.

“Rewriting history has become a popular trend,” Nebenzia said. “The aim is clear, to shift the blame to deprive Russia retroactively of its status as one of the heroes of World War II.”

He said perhaps the greatest lesson of the war “was that mankind realized the need for a vaccine against the ideology of hate.”

“What fortunately the world has not seen is another world war which would have been nuclear and catastrophic, but we shouldn’t be complacent about it,” he said. “Current international relations show some trends that are reminiscent of those before World War I and World War II - deep distrust among major international players, attempts to achieve hegemony, unilateral actions, scapegoat — to name a few.”

Nebenzia expressed hope that the wisdom and will to act together against common threats and challenges will prevail today as it did during World War II, warning that a new global war “may become the final for mankind.”