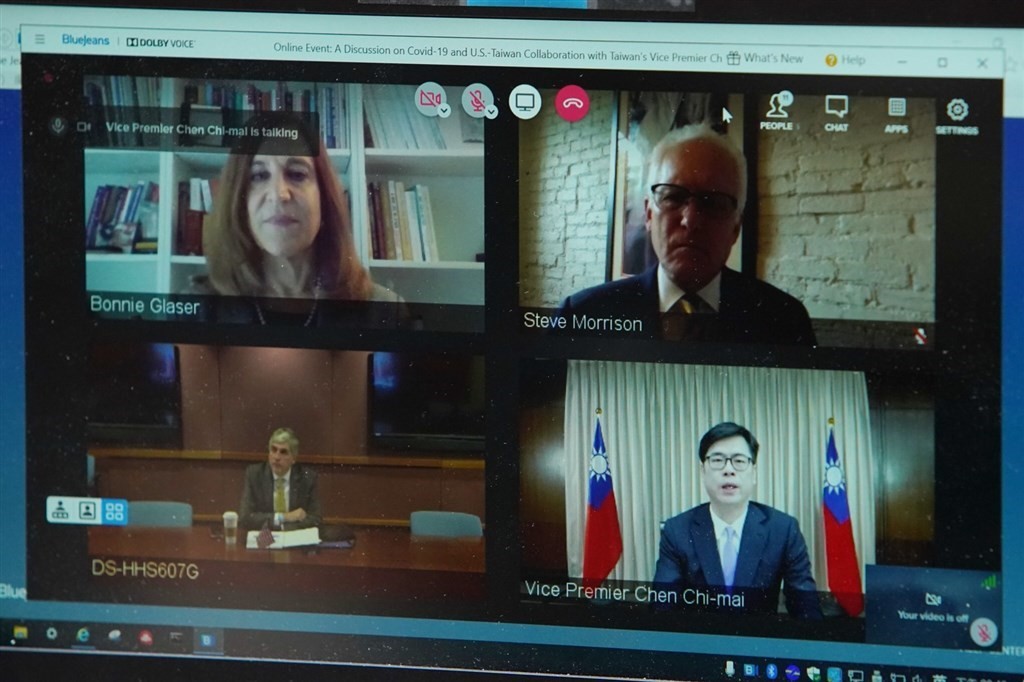 The two spoke at a virtual forum hosted by the Center for Strategic and International Studies (CSIS), a U.S. think tank, with the China scholar Bonnie Glaser serving as the moderator.

In his remarks, Chen noted that Taiwan had confirmed only 440 COVID-19 cases to date, and had not recorded a locally-transmitted case for 26 consecutive days. Only six of the patients have died.

Despite a "lack of transparency from China" and Taiwan's exclusion from the WHO, Chen continued, Taiwan had been successful in containing the virus because of its epidemic prevention model, which is built on transparency, technology and teamwork.

On a technological level, the country has empowered its national health insurance system, which it has used to ration face masks and identify potential risks based on people's travel histories, he said.

Chen cited teamwork as another essential element, noting that private citizens had voluntarily postponed the Dajia Matsu pilgrimage, the largest annual religious procession in Taiwan, in the interests of public safety.

Taiwan's ability to keep the virus at bay had proven "the Taiwan model can be adopted by other democracies around the world," Chen said.

Chen concluded: "Our 23 million people should not be excluded by the WHO. Taiwan should be allowed to engage in meaningful WHO participation and should be an official member."

Hargan, meanwhile, reiterated the United States' support for Taiwan to participate as an observer in the WHA's upcoming online session on May 18-19.

In light of the COVID-19 crisis, "no one should be isolated from this critical body of international health," he said.

Taiwan participated in WHA events as an observer from 2009-2016 under the designation "Chinese Taipei," when relations between Beijing and Taipei had warmed under the previous ruling party, the Kuomintang, which accepted the concept that the two sides are part of one China, with each side free to interpret what that means.

Since 2017, however, Taiwan has been excluded from the body due to opposition from China, which has objected to Taiwan's new ruling Democratic Progressive Party's rejection of that concept.

So far Taiwan has not received an invitation from the WHO to participate in the upcoming WHA meeting later this month. (By Stacy Hsu and Matthew Mazzetta)