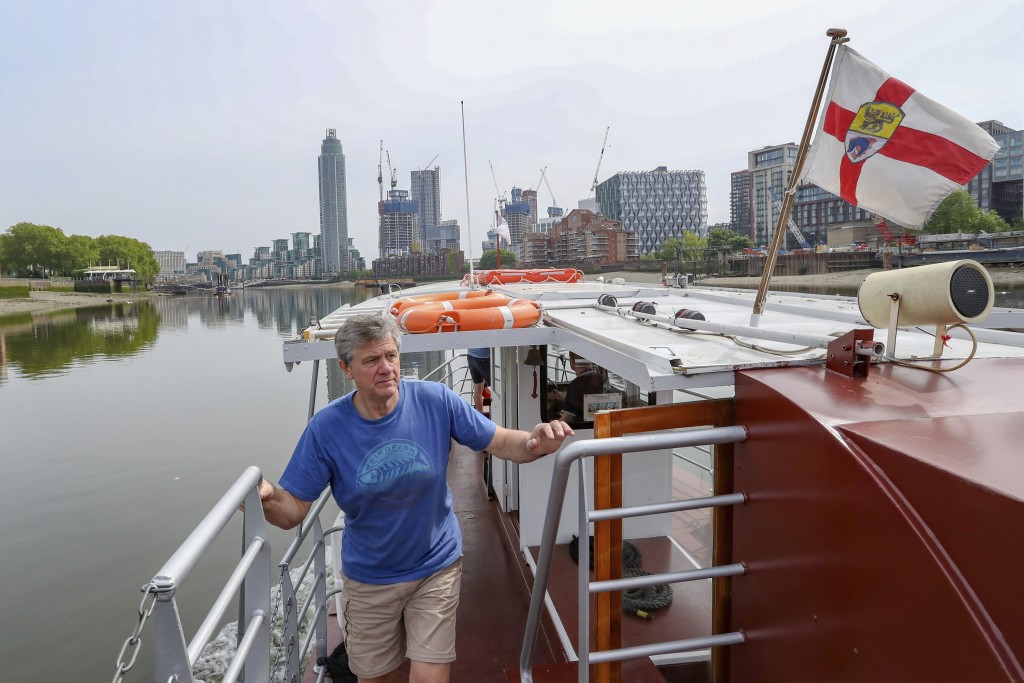 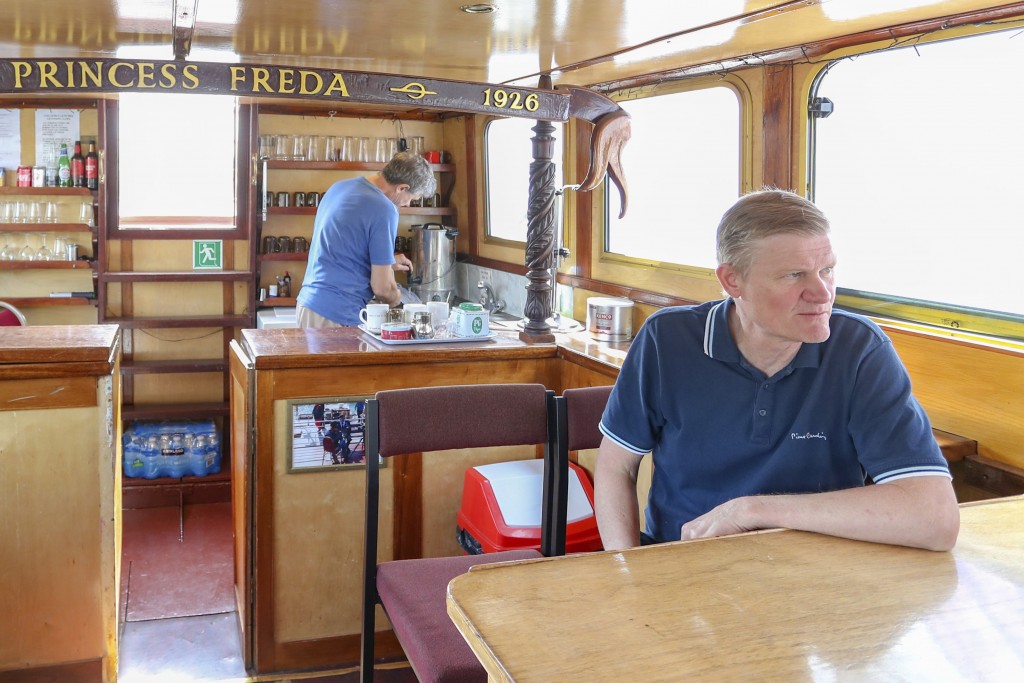 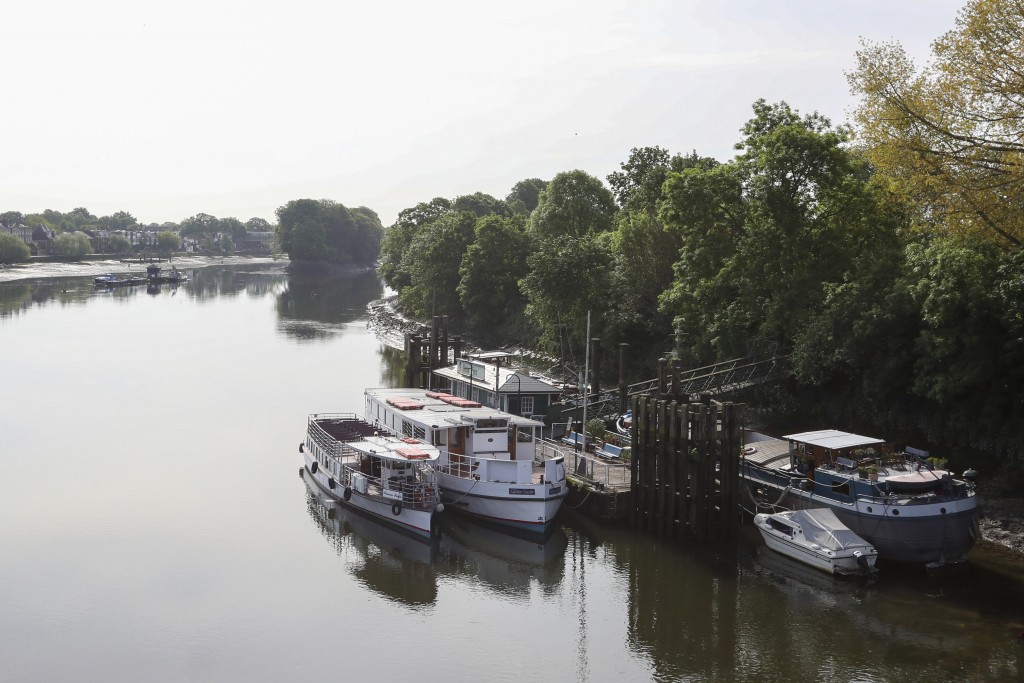 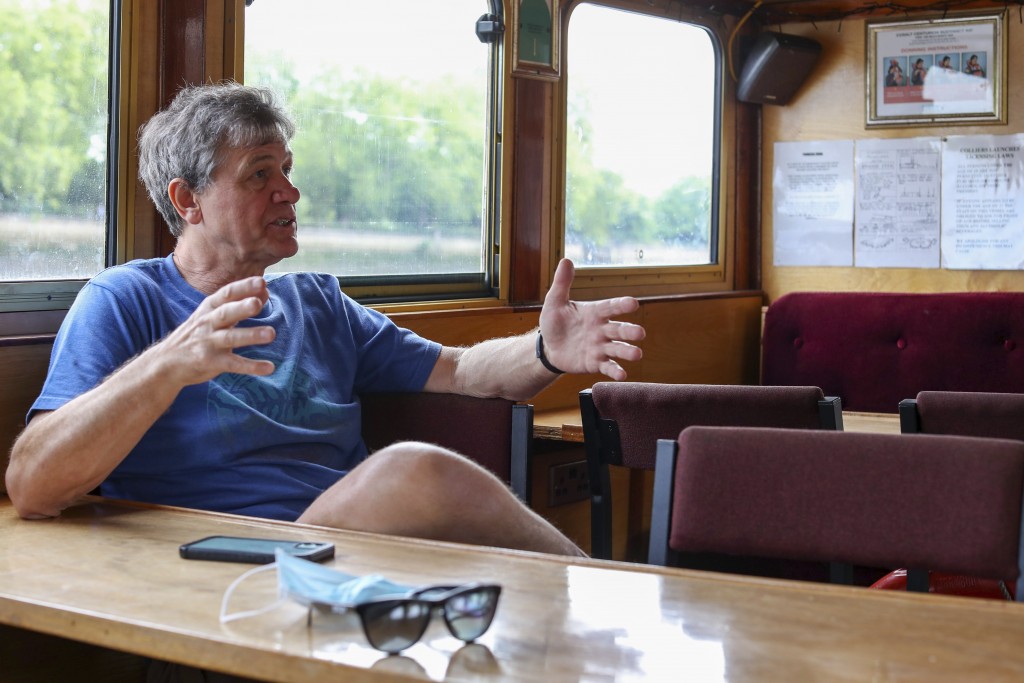 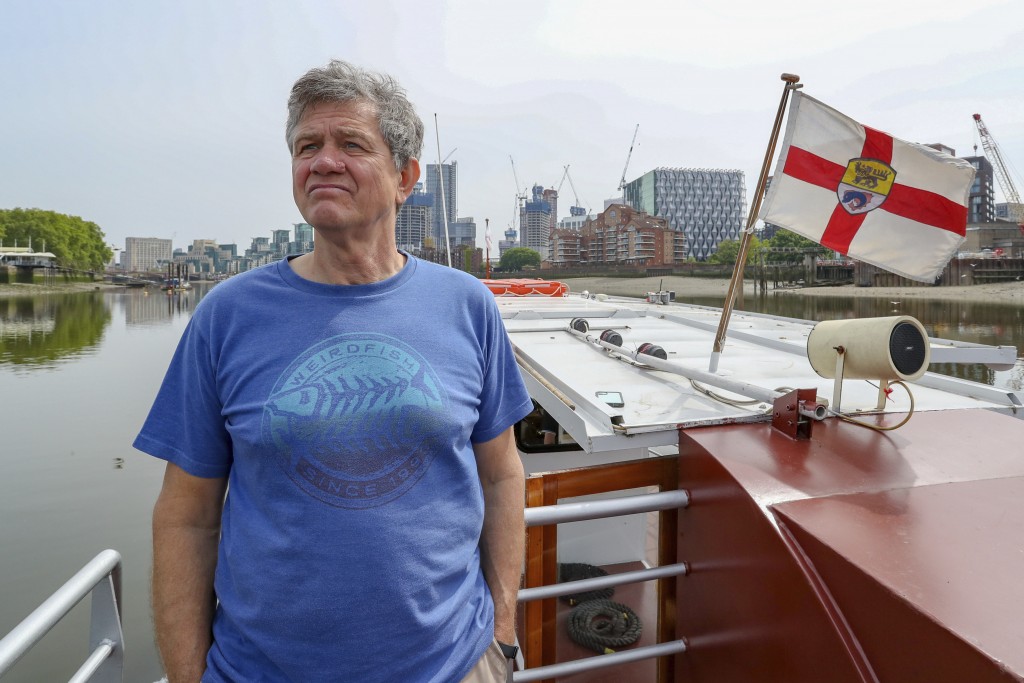 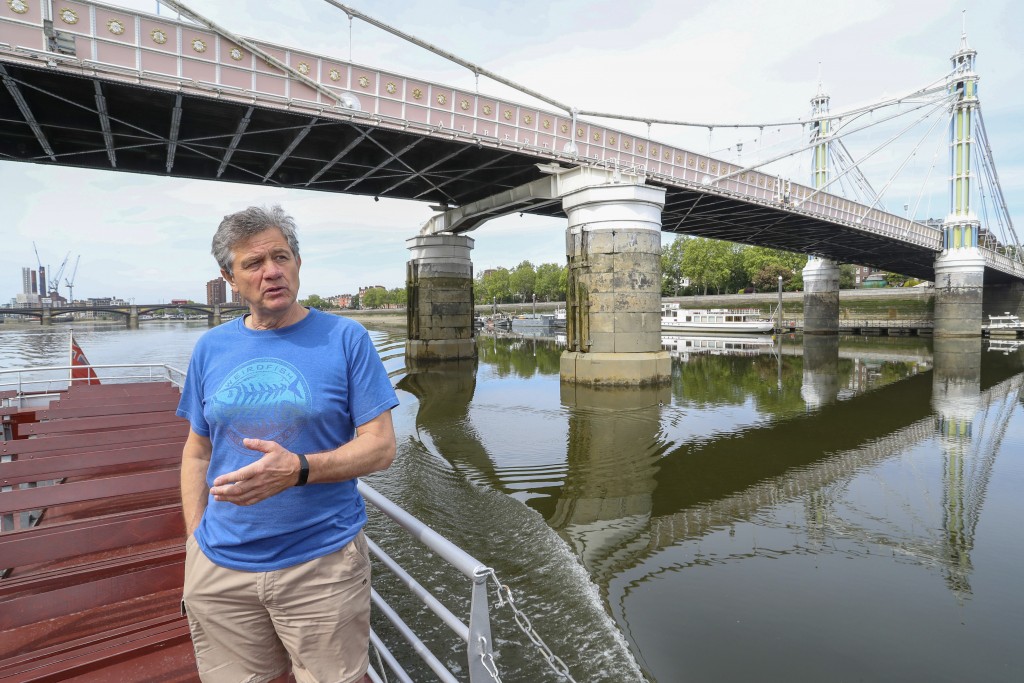 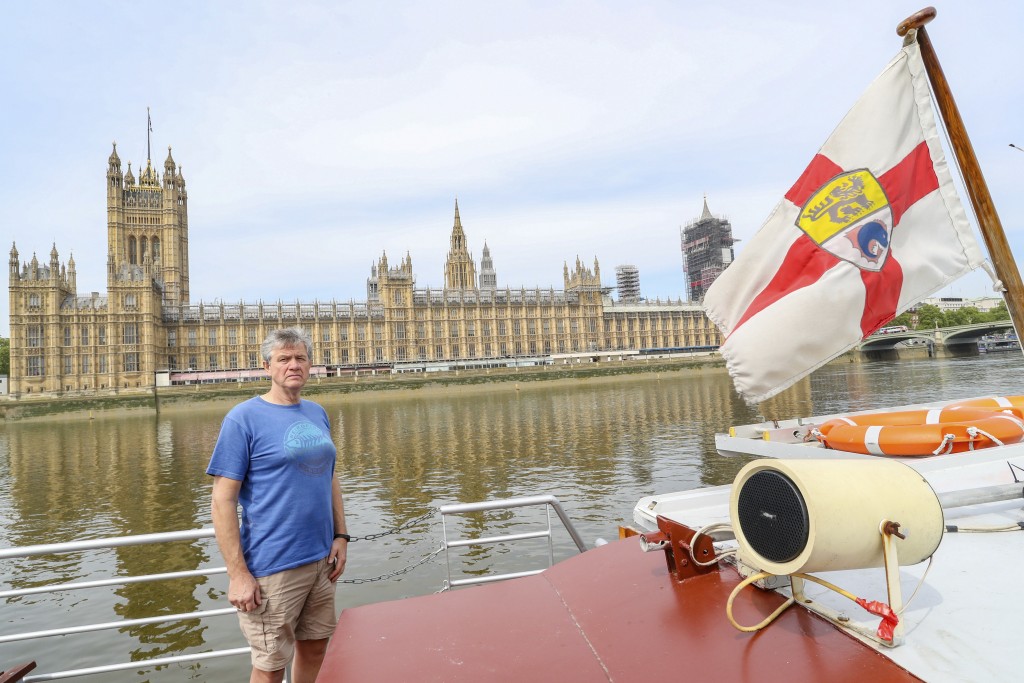 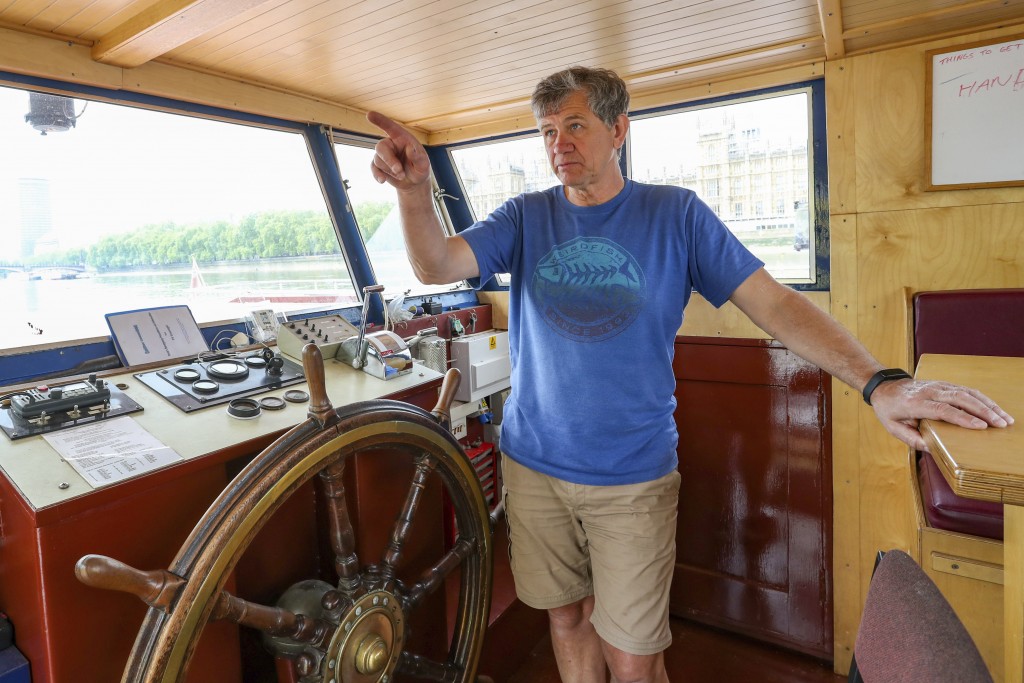 LONDON (AP) — All four boats have had their moment in the sun. And all four were meant to have another on Friday as Britain celebrated the 75th anniversary of Victory in Europe Day.

Instead, they're lying idle on the banks of the River Thames in southwest London, as the festivities surrounding VE Day have been all but canceled as a result of the coronavirus pandemic.

For brothers Danny and John Collier, the proud owners of the Princess Freda, the Queen Elizabeth, the Connaught and the Clifton Castle, it’s nothing less than a disaster, one that could spell the demise of the company their late father created in 1975.

“I’m very fearful," Danny Collier told The Associated Press aboard the Princess Freda on Friday. “We operate from March to October and we haven’t even had a beginning of a season because we were in lockdown straight away.”

It may not sound much, but for a company with a limited operating window, it can make all the difference, helping to sustain it during the fallow and costly months of winter. And when the sun is shining as gloriously as it is, it's a particularly cruel slap in the face.

“This week would have been busy as any week obviously because of VE Day,” Danny Collier said. “Ironically, we’ve had the finest weather in this country ... and my ability to earn money has ceased.”

All four boats were ready to play their part on what should have been one of the most joyous occasions of the year, the anniversary of the defeat of Nazi Germany in 1945 following a war that the U.K. had toiled through for six long years.

Though all have their charms, the most venerated of the boats, it's clear, is the Princess Freda. It was one of the “little ships” that sailed to the beaches around Dunkirk in northern France to rescue British and allied soldiers. The boat has been on three subsequent journeys there to commemorate the evacuation.

The brothers have set up a crowdfunding site in an attempt to keep the business going for the next few weeks, but Danny Collier doubts it can do anything more than “keep the wolf from the door.”

The 62-year-old has got some help from the Coronavirus Job Retention Scheme, which sees the government pay up to 80% of the salaries of workers retained up to 2,500 pounds ($3,075) a month. However, he's getting worried that the furlough scheme will start to unwind over the coming months before he's able to get his boats back out onto the river.

He's also won some time from the government's moves to defer sales taxes. Other costs, such as lock licenses, have been deferred, too.

But they're just deferrals. They will have to be paid at some point — a task that looks beyond the means of a company reaping nothing.

Collier is particularly vexed by the government's new “bounceback” loan scheme, which his company is entitled to take up. Under the scheme, small firms — the lifeblood of the British economy — can borrow between 2,000 pounds ($2,500) and 50,000 pounds ($62,000), money that they will be able to access within days and interest-free for the first year. The scheme is 100% guaranteed by the government, a move that is intended to eliminate concerns within banks that they face potential losses if a firm goes under.

“Given the fact that it looks increasingly likely that we are not going to have a season and we are going to go back out of season with all the inherent costs, I can’t see that a loan is going to be economically viable for us with our ability to pay it back,” he said. "We need grants.”

It really is a mayday call.

Renato Guerra contributed to this report.

Follow AP’s coverage marking the 75th anniversary of the end of World War II in Europe at https://apnews.com/WorldWarII