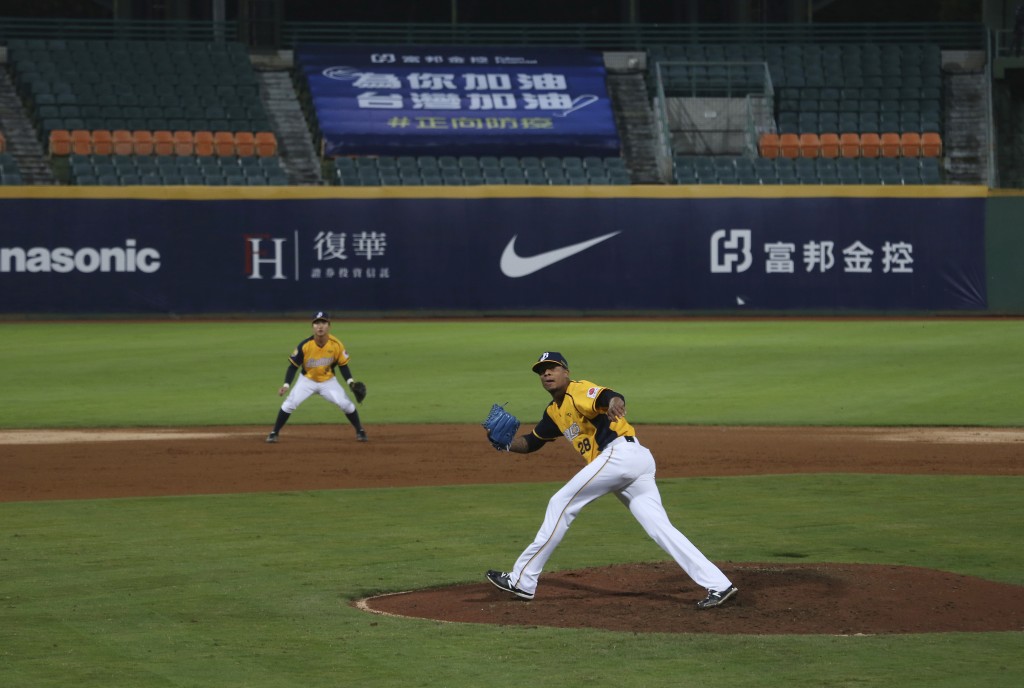 NEW TAIPEI CITY, Taiwan (AP) — There were fans in the stands for baseball in Taiwan on Friday, albeit spaced far apart as a safeguard against the spread of the coronavirus.

Up to 1,000 spectators are now allowed at ballparks in Taiwan, but they are still barred from bringing in food and concession stands are still closed.

Cheng went to see his hometown Fubon Guardians play the UniLions with four of his friends. They all sat at least three seats apart.

Before the game started, Taiwan health and welfare minister Chen Shih-chung appeared at home plate wearing jersey No. 0, an emblem of the government’s hope for zero coronavirus cases.

When the season opened on April 11 after a three-week delay, only players, team personnel and cheerleaders were allowed in the stadium. The league later proposed allowing 200 fans per game and the Centers for Disease Control gave clearance for 1,000, league spokesman Tai Si-song said.

But instead of dancing together in support of their teams, Guardian fans stood on their own moving to the cues of cheerleaders and mascots. Friends leaned across seats to talk to one another.

“There’s plenty of social distance here,” said Guardians fan Sun Ming, a 29-year-old finance sector worker from New Taipei City. “I think the disease prevention is quite effective and therefore we can have this chance to attend the game.”

The Taiwan league has five teams and started its season ahead of professional baseball in Japan, South Korea and the United States.

As of Friday, stadiums will leave three seats between spectators, even if they come in groups. Every second row will be left empty, ensuring no one coughs on someone else from behind. The league’s smallest stadium at 11,000 seats can accommodate 1,000 people with that spacing plan and without opening the bleachers, Tai said.

“If we were to add people, that would impinge on the safe space,” Tai said.

In New Taipei City, about 900 people bought tickets to watch the Fubon Guardians at the 12,500-seat venue, the club said. Tickets were still selling into the second inning.

A second league game was taking place at the same time in Taiwan’s largest stadium, which has 19,000 seats.

The government in Taiwan reported 440 coronavirus cases on Friday among a population of 23 million. Many Taiwanese still stay indoors after work in case the coronavirus outbreak suddenly worsens.