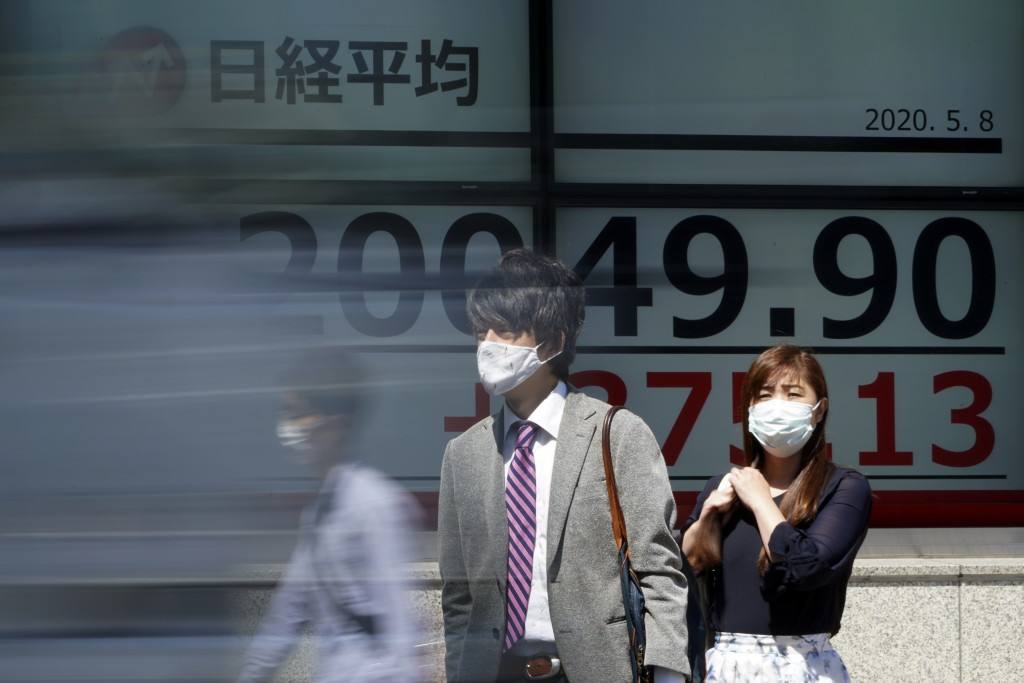 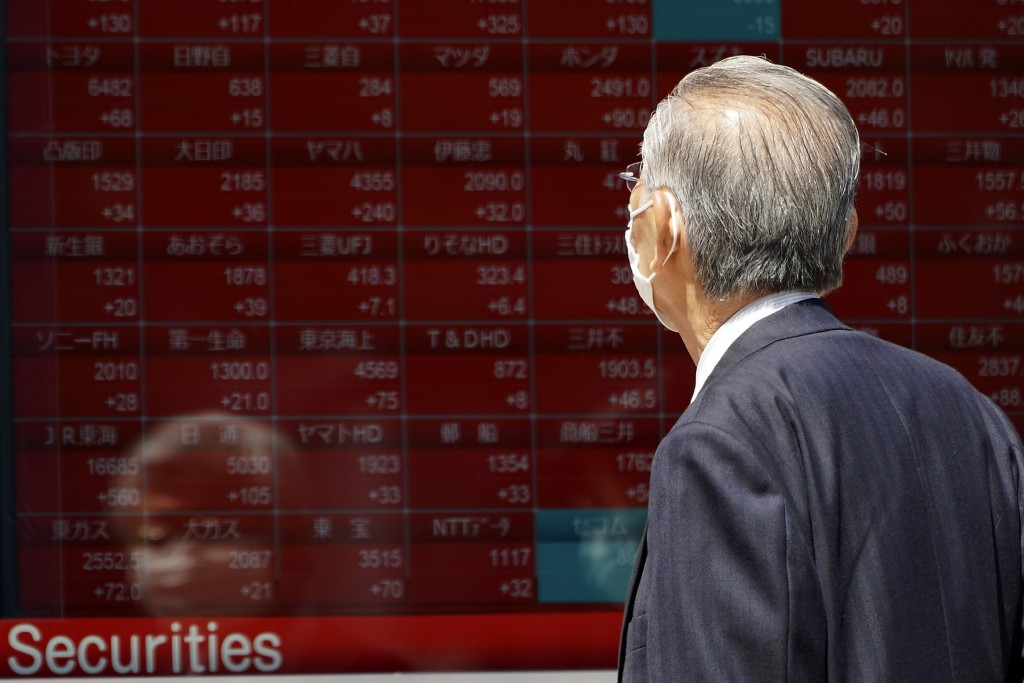 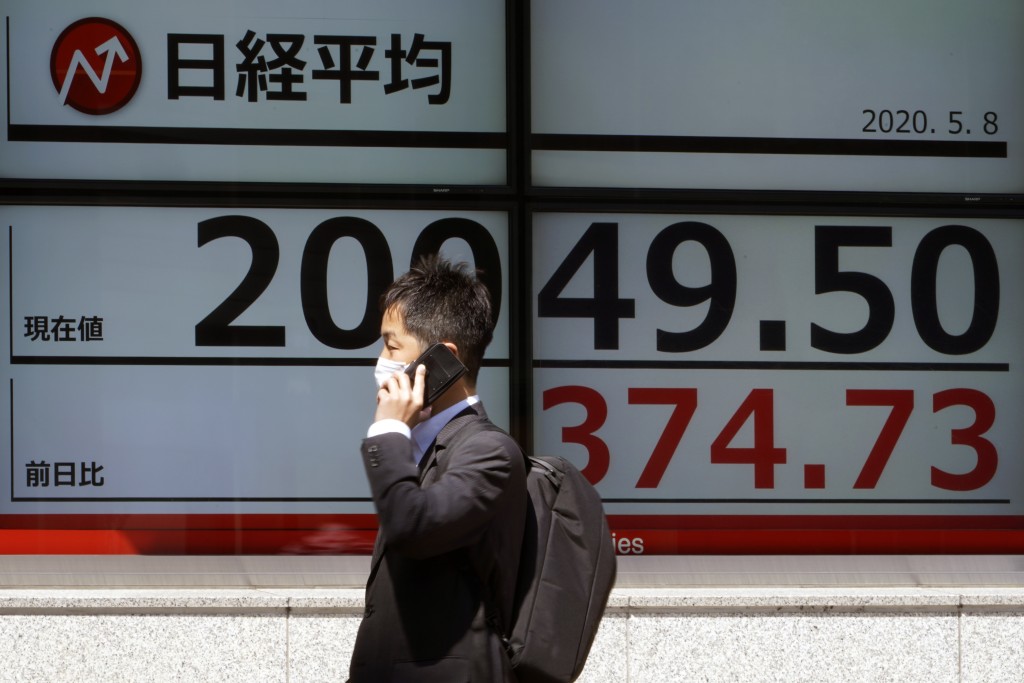 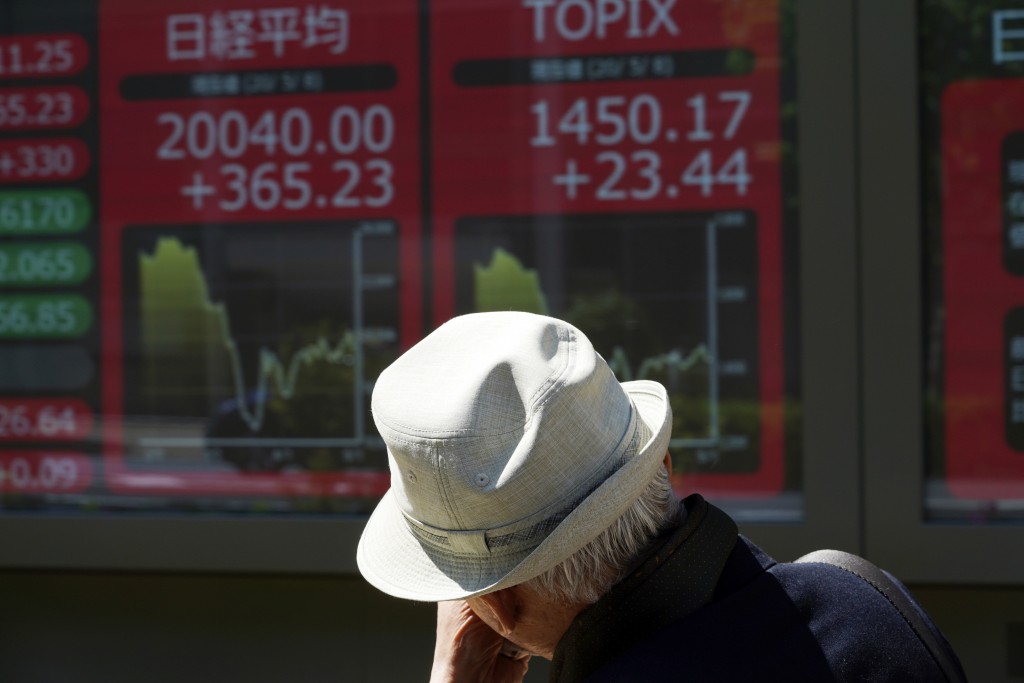 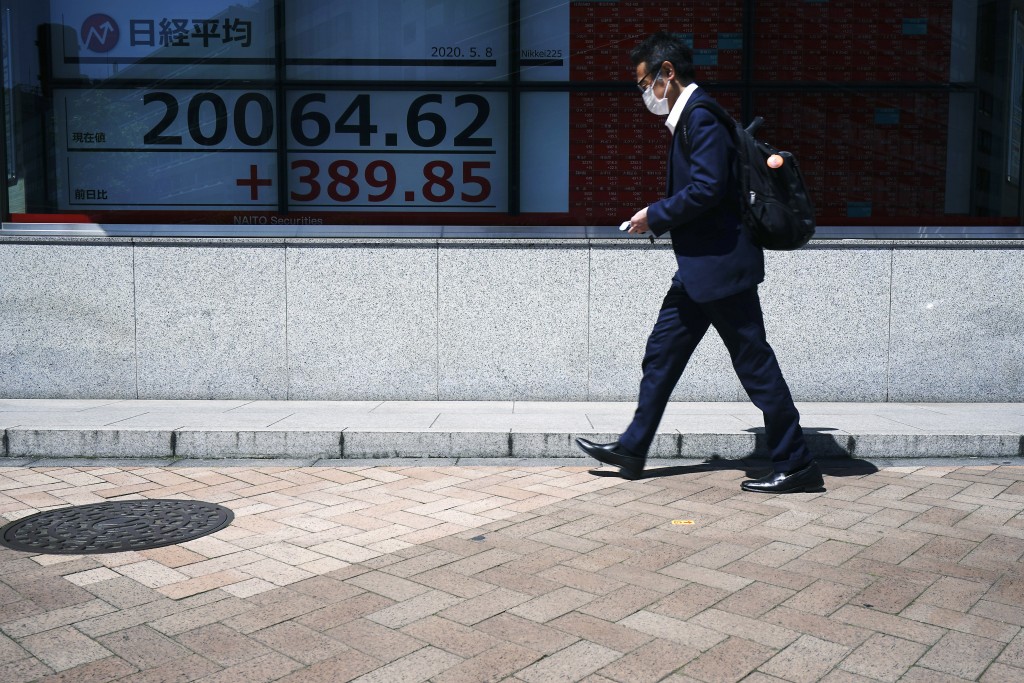 TOKYO (AP) — Asian shares surged Friday on optimism the worst of the economic fallout from the pandemic may be over, as Wall Street logged its biggest rally in a week.

Japanese media reported that the ruling Liberal Democratic Party plans to offer subsidies to help small and medium-size businesses cover their rent. Businesses are facing serious hardships during a state of emergency, continuing at least through the end of this month, which requests stores to close and people to stay home.

On Wall Street, the S&P 500 climbed 1.2% for its third gain in four days, following similar increases in European markets. Other areas of the market were still showing much more pessimism, though, including bonds.

“Plenty of dark clouds out there, but we have gone through pretty tempestuous economic times before, and this, too, shall pass,” Stephen Innes, chief global markets strategist at AxiCorp, said in a report.

“This is a policy-induced downturn, and the speed and structure of the recovery could track a different path from previous recessions. The bounce-back will be much quicker.”

In Japan, hopes for treating the outbreak are gradually growing with the quick approval of remdesivir, a drug from Gilead Sciences, also approved recently in the U.S.. It has shown promise against other coronaviruses in the past.

In China, where the virus outbreak began late last year, recent reports of new cases of COVID-19 have dwindled to near zero.

Such hopes are overshadowed by clear signs of economic woes.

In the U.S., another 3.2 million U.S. workers applied for jobless benefits last week, bringing the total to 33.5 million over the last seven weeks. It’s a shocking number, but it’s also the fifth straight week that it has declined since hitting a peak in late March.

Several companies also cited signs that the worst may have passed in some parts of their businesses, though more weakness remains.

Investors are hoping for a future that’s not as bad as the horrific present, the concern on Wall Street often being more about how quickly economic pain is increasing than about whether there is more pain.

“Investors are saying: Look, I know things are bad, tell me something I don’t know,” said Sam Stovall, chief investment strategist at CFRA. “If I know things are going to be horrendous, the only way you can surprise me is to the upside.”

Everyone agrees the world is sliding into a severe recession after economies worldwide shut down in hopes of slowing the spread of the coronavirus. But some countries and U.S. states are laying out plans to relax restrictions, which has some investors focusing on the possible resumption of growth later this year.

Investors found solace in numbers from other countries further ahead in reopening their economies, which haven’t shown a renewed surge in COVID-19 cases, said Quincy Krosby, chief market strategist at Prudential Financial.

“Right now, what investors and traders are looking at, not to mention public health officials, is how it is working in other countries,” she said. “When you watch other countries opening and doing it successfully without an uptick in cases, it portends well for the U.S.”

Also helping to boost the market, she said, was a federal regulatory approval for the second phase of testing on a potential COVID-19 vaccine from Moderna.

The S&P 500 has more than halved its 33% loss from February into late March, beginning its rally after the Federal Reserve and Capitol Hill pledged massive amounts of aid for the economy. Many analysts have been skeptical of the rally, saying it’s overdone given how much uncertainty still exists about how long the recession will last.

The bond market also offered a much more cautious take. The yield on the 10-year Treasury was at 0.64% on Friday after falling to 0.63% overnight from 0.71% late Wednesday. Yields tend to fall as investors downgrade their expectations for economic growth and inflation.

The 10-year yield had climbed after the U.S. government gave an update on how it’s borrowing to help pay for the trillions of dollars it’s pumping into the economy to combat the pandemic.

The yield on the two-year Treasury, meanwhile, fell to a record low on Thursday, according to Tradeweb.