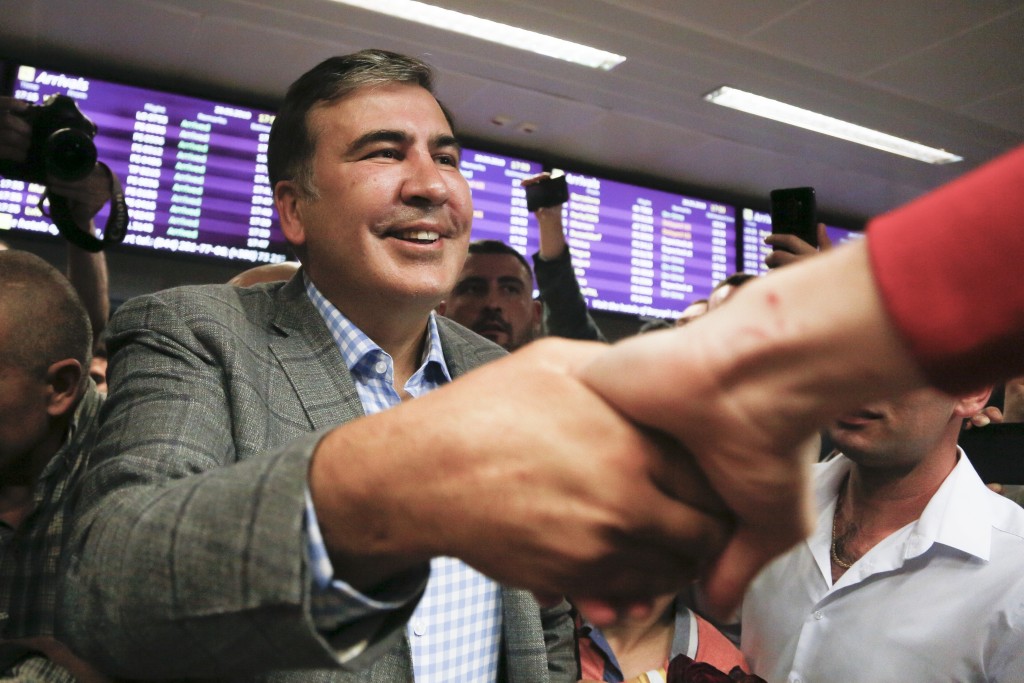 KYIV, Ukraine (AP) — Ukraine's president on Thursday appointed the former leader of Georgia to lead an advisory body in Ukraine — a move that will likely anger his home country.

Volodymyr Zelenskiy said he placed Mikheil Saakashvili, who served as Georgia’s president from 2004-2013, in charge of the executive committee of the National Reform Council.

Zelenskiy noted that he believes that the former Georgian leader will give a “new impulse” to the council and "help bring important changes in the country."

The council is a consultative structure under the president entrusted with planning and coordination of economic and other reforms.

Last month, Saakashvili said that Zelenskiy offered him a job of deputy prime minister in charge of reforms to oversee talks with the International Monetary Fund, but the appointment fell through after many members of Ukraine's ruling party bristled against it.

The job offer to Saakashvili also angered the government of Georgia led by his political foes. Georgian Prime Minister Giorgi Gakharia warned last month that the Caucasus nation could recall its ambassador from Kyiv if the appointment is made, noting that Saakashvili has been convicted by a Georgian court and a warrant has been issued for his arrest.

In 2018, a Georgian court convicted Saakashvili on abuse of power charges that he and his allies described as politically motivated. Saakashvili was hailed for streamlining the government and fighting corruption, but his popularity was eroded by a crackdown on protests and the 2008 war with Russia that led to the loss of two separatist provinces.

Saakashvili started a new political career in Ukraine in 2015 when then-President Petro Poroshenko appointed him governor of the Odessa region. The two fell out a year later, and the president stripped Saakashvili, who led anti-government protests, of Ukrainian citizenship.