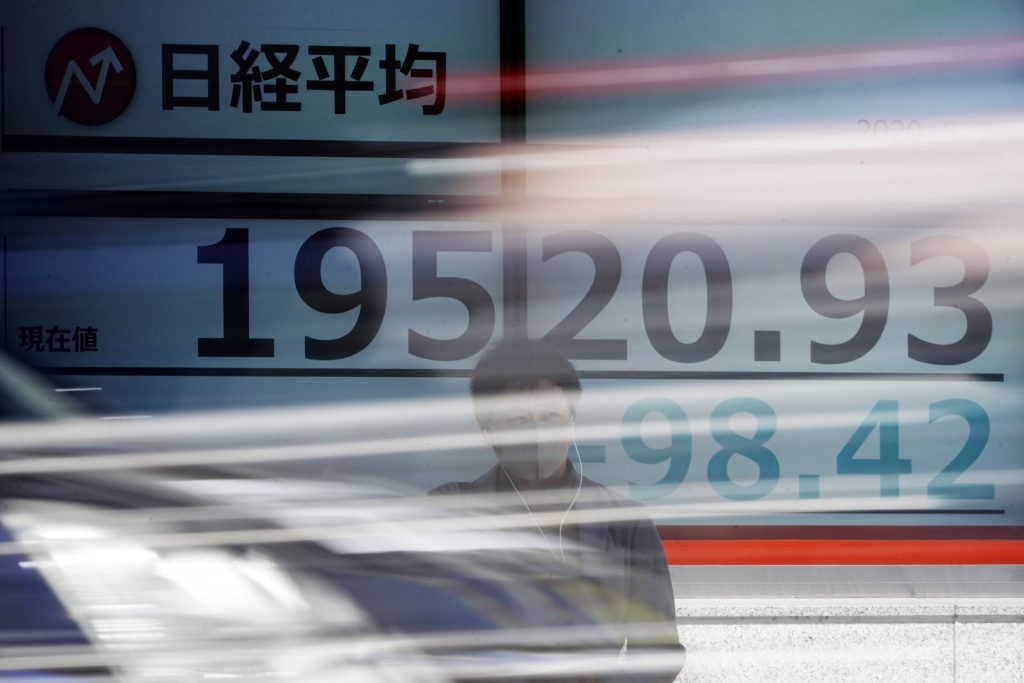 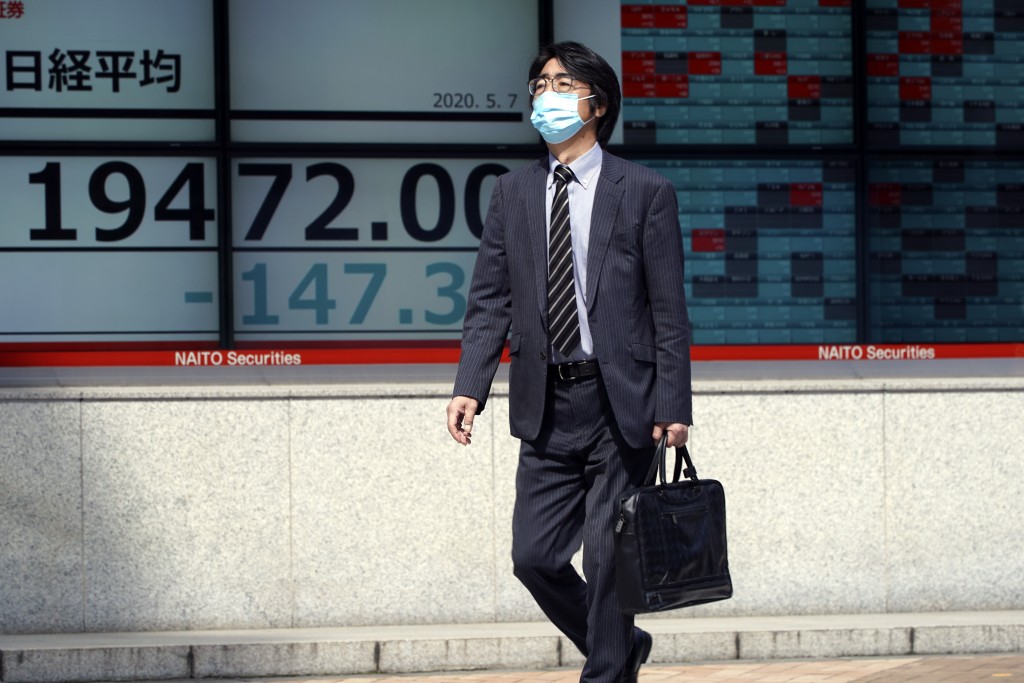 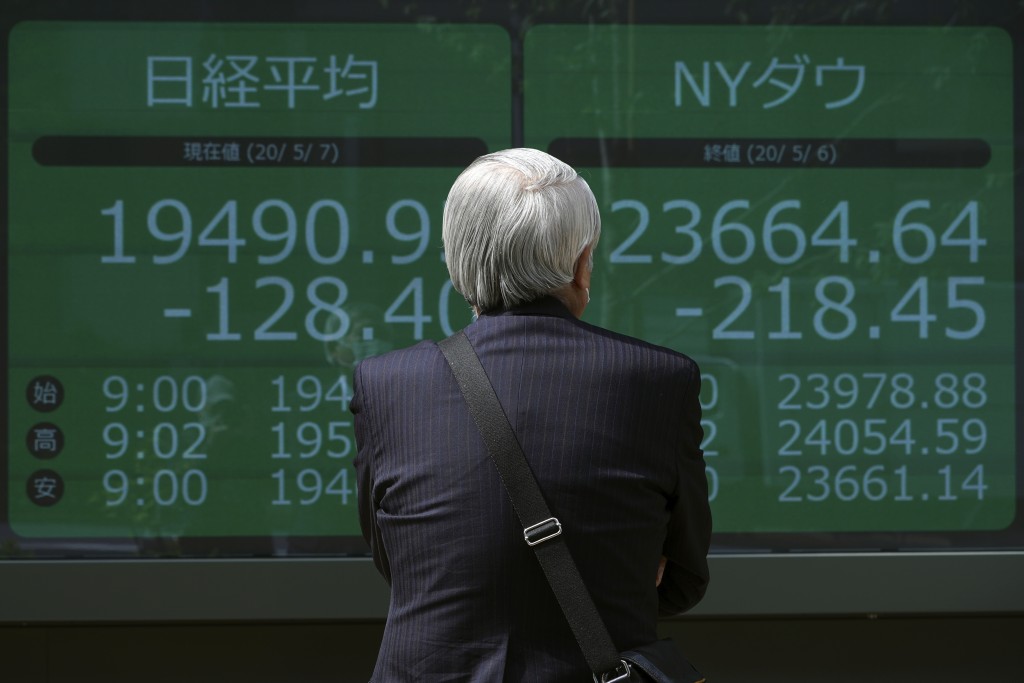 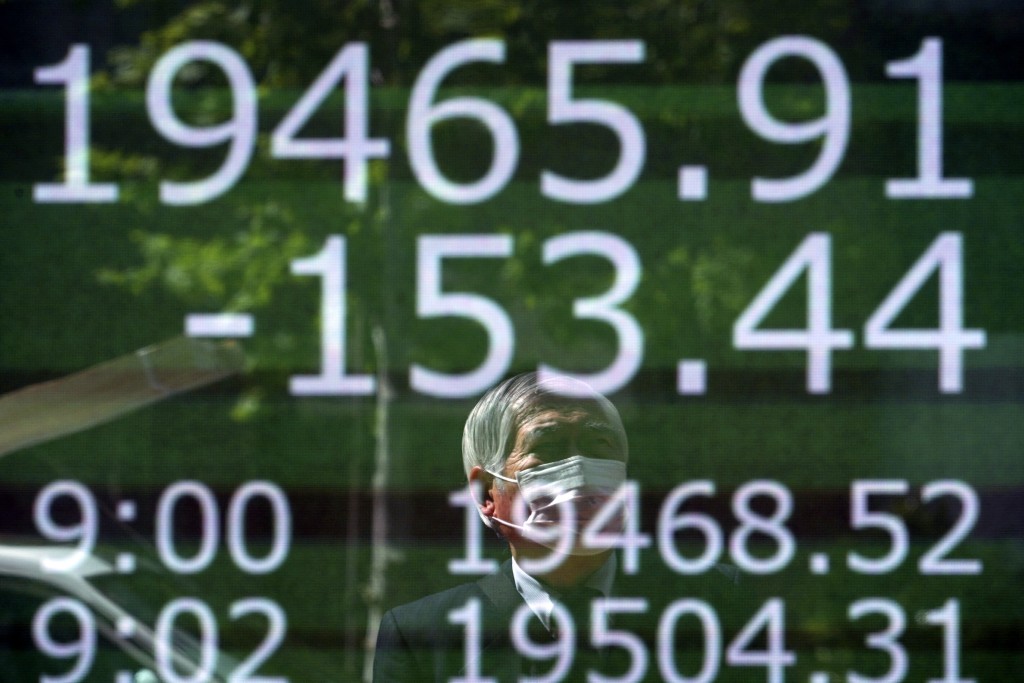 TOKYO (AP) — Asian shares were mixed Thursday as worries about the pandemic's damage to the global economy swirled with glimmers of hope about some regions reopening gradually to business as usual.

Comments by President Donald Trump on trade with China and blaming Beijing for the coronavirus pandemic have dampened sentiment.

“Asian stocks are off to a sluggish start following gloomy COVID-19 figures, dismal U.S. private payroll data, Trump’s tough talk on China, and as Japan returns from Golden Week holidays. Both the US and global fatalities jumped to the highest levels since April 21st,” said Edward Moya, senior market analyst at OANDA.

Trump said he would soon assess progress in a preliminary trade agreement with China that took effect in January, extending a truce in a painful tariffs war between the world's two biggest economies.

The possibility of revived friction over trade at a time when economies have been slammed by pandemic shutdowns and travel restrictions has rattled investors in Asia, where China is the main driver for regional growth.

On top of that, worries continue that potential lapses in social distancing might set off new infections in Japan, where many refrained from traveling and streets stayed empty during the past week's holidays.

Reported cases have been tapering off in Japan, which has reported nearly 560 deaths so far. The U.S. has confirmed more than 73,000 deaths, according to Johns Hopkins University. Global confirmed cases are approaching 4 million people, more than a million of them in the U.S., though the true scale of the pandemic is believed to be much greater than official data suggests, given low testing rates and other factors.

Overnight, the S&P 500 dropped 0.7% to 2,848.42. Three out of four stocks in the index sank. But the market’s losses would have been much worse if not for continued gains for technology stocks.

Across the Atlantic, the European Union said it’s bracing for a “recession of historic proportions” amid restrictions meant to slow the spread of the virus.

Energy stocks slipped after oil prices gave up some of their gains from earlier in the week. But oil was on the rebound Thursday, with benchmark U.S. crude oil up 6 cents to $24.05 a barrel in electronic trading on the New York Mercantile Exchange. It fell 57 cents, or 2.3%, to $23.99 a barrel Wednesday.

Pledges of massive amounts of aid from the Federal Reserve and the government have helped the S&P 500 more than halve its earlier loss of 34%, which stretched from February into late March.

But many analysts are skeptical about the rally, calling it overdone given uncertainty about how long the recession will last. And as Wednesday’s reports demonstrated, the damage looks to be the worst in many decades.

Investors recently have been focusing on the possibility that the economy will be in a less horrible place a few months from now, which would merit higher prices. China, where the pandemic began in December, has allowed factories and some other businesses to reopen. Some European governments are taking similar steps. California might allow some retailers to resume serving customers this week.

“The virus isn’t going away, that’s just part of our ecosystem,” said Giannotto of GraniteShares. “What can be changed is our willingness to accept risk.”

The yield on the 10-year Treasury was at 0.69% down slightly 0.70% late Wednesday. That’s up from its record low of below 0.40% set in early March, but it’s still well below the roughly 1.90% it was yielding at the start of the year. Yields tend to fall when investors are downgrading their expectations for the economy and inflation.

The U.S. government is borrowing massive sums to pay for its response to the coronavirus, and the ballooning supply of Treasurys may be adding downward pressure on their prices. When a Treasury’s price falls, its yield rises.