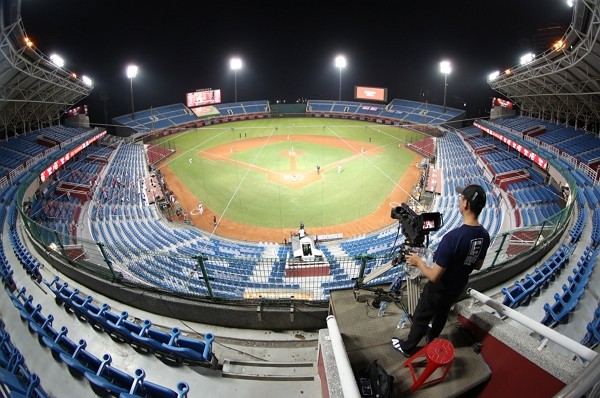 TAIPEI (Taiwan News) — Taiwan professional baseball (CPBL) will become the first majors in the world to bring fans back into the stadium on Friday (May 8), after the Central Epidemic Command Center (CECC) confirmed a maximum of 1,000 fans will be allowed in each of the two games scheduled that day.

After being the first baseball league to open its 2020 season worldwide, the CPBL has sought approval from the CECC to allow spectators back into the seats. Since the season began on April 12, the teams have been playing behind closed-doors with cardboard cut-outs and dummies standing in for the crowd.

The games have also been broadcast live in English and have attracted a lot of international attention. Media outlets, including the New York Times and Reuters, have praised the Taiwanese sports league for its pandemic prevention measures as well as the country's overall success in containing the spread of the coronavirus (COVID-19).

During a daily press conference on Wednesday, Health Minister and CECC head Chen Shih-chung (陳時中) announced that 1,000 spectators each will be allowed to enjoy Friday's games in person at the Xinzhuang Stadium in New Taipei City and the Intercontinental Baseball Stadium in Taichung. Chen said fans must have their temperatures taken, wear face masks and maintain 1.5 meters of social distancing, reported Yahoo News.

CPBL Secretary-General Fong Sheng-shien (馮勝賢) said the league was delighted to welcome back fans, who he stressed are an indispensable part of baseball. He expressed gratitude to the CECC's leadership and said the teams will make sure to implement necessary measures to ensure everyone's safety, reported CNA.

According to Liberty Times, the CPBL originally proposed to let 250 people into each stadium, but the maximum attendance cap has since been increased due to Taiwan having gone 24 straight days without recording a single local case of coronavirus. As of Wednesday afternoon, the country has 439 confirmed COVID-19 cases, 339 of which have been released from hospital isolation. Cardboard cut-outs and dummies standing in for fans at CPBL game. (CNA photo)