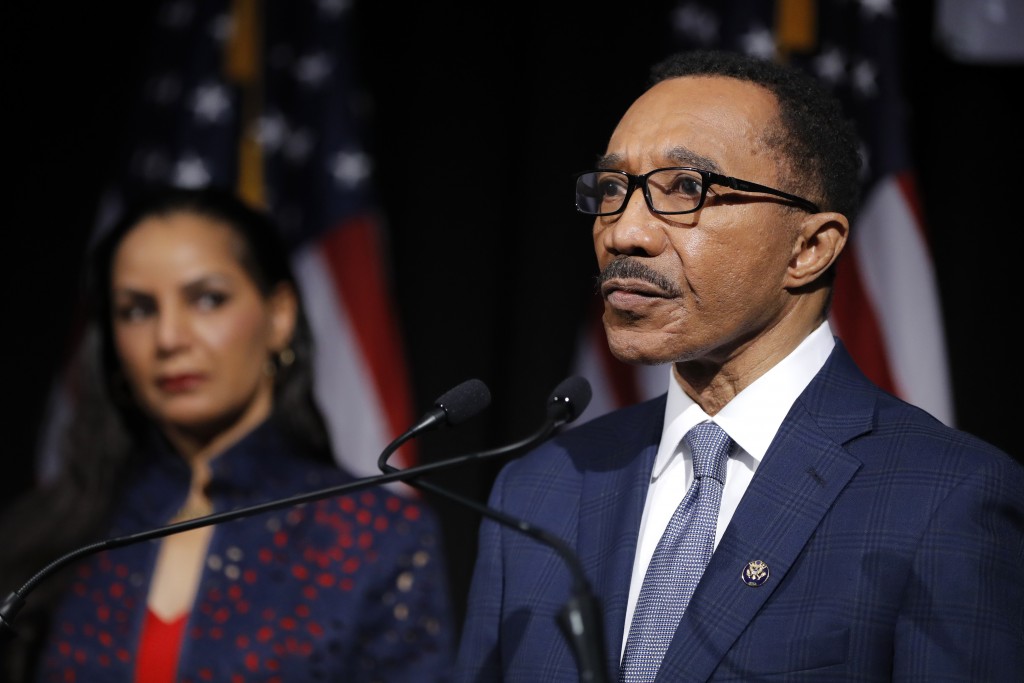 In a sign of the times, Mfume raised his right hand to take the oath of office from House Speaker Nancy Pelosi, D-Calif., as he held a protective mask, which he had just removed, in his left hand.

Mfume, 71, took the oath a week after he was easily elected to complete Cummings' two-year term. Cummings, who was 68, died last October during his 12th term in office.

Mfume served in the House from 1987 until 1996, when he left to become chair of the NAACP. He led the civil rights organization until 2004. During a victory speech last week, he said one of his priorities would be battling the coronavirus, which has battered the majority-black district.

Cummings was chairman of the House Oversight Committee, which was investigating Trump in several areas when the president aimed a Twitter broadside at the district, calling it a place where “no human being would want to live.”

Mfume is expected to easily win a June primary for the Democratic nomination to serve a full two-year term beginning in January.

Mfume's swearing in leaves the House with 233 Democrats, 196 Republicans and one independent. There are five vacancies.